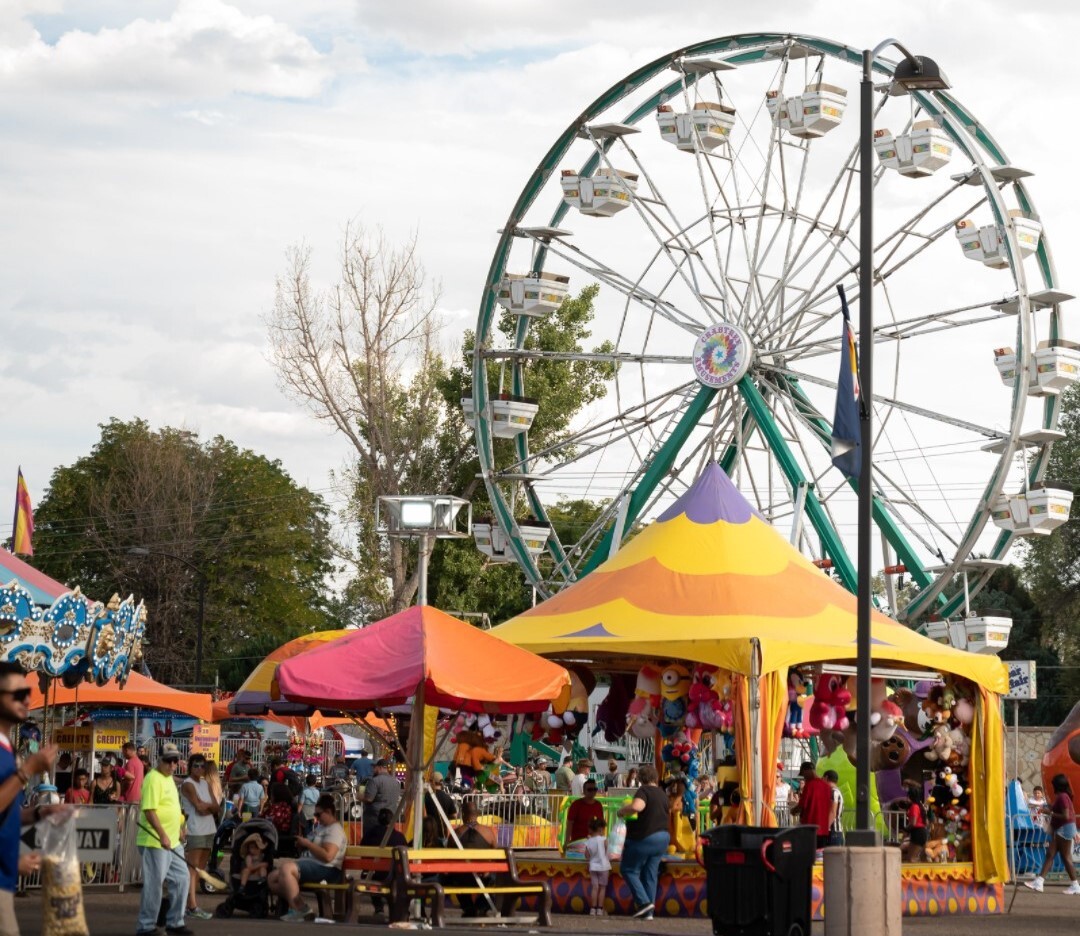 Crabtree Amusements provided the Midway at the 2022 CO State Fair

The sudden cancellation of the fair's biggest headliner and a counterfeit wristband story dominating fair coverage for at least one local news cycle were not the only events overshadowing the 150th birthday party for the Colorado State Fair. The annual celebration of everything Mountain State was also the setting for a major news story in international art circles, which concerned the convergence of art and technology and forced the fair to now consider revising its Blue Ribbon rulemaking.

The controversy arose when it was discovered that the winner in the digital art category at the 2022 Colorado State Fair Fine Art Show was actually painted by Artificial Intelligence. The story went viral, sparking online debate while attracting international attention. The controversy could affect requirements within the category at next year's fair.

Jason Allen, a video game designer from Pueblo, where the fairgrounds are located, took home first prize and $300 for the Colorado State Fair's digital arts competition for Théâtre D'opéra Spatial (Space Opera Theatre) – which was created using Midjourney, an artificial intelligence program that turns text descriptions into images. According to news reports, it was after Allen posted a picture of the Blue Ribbon winning on social media that the story went viral, implicating the fair in an unexpected controversy.

According to the New York Times, one Twitter post read: “This is so gross. I can see how A.I. art can be beneficial, but claiming you're an artist by generating one? Absolutely not.”

The controversy was two-fold: is AI generated art, really art? – and secondly, were Colorado State Fair rules for its art contest violated and/or outdated?

The New York Times quoted Olga Robak, as spokesman for the Colorado Department of Agriculture, as stating: “Allen had adequately disclosed Midjourney's involvement when submitting his piece; the category's rules allow any “artistic practice that uses digital technology as part of the creative or presentation process.” The two category judges did not know that Midjourney was an A.I. program, she said, but both subsequently told her that they would have awarded Mr. Allen the top prize even if they had.”

The viral news story caught the fair off guard. Robak told a local reporter that the controversy sparked a “broader conversation about how do we decide what art is, and how do we judge it appropriately?”

Scott Stoller, General Manager of the Colorado State Fair, told the Pueblo Chieftain that” state fair staff will internally review and discuss changing requirements for entries in the digital art category for the 2023 Fine Art Awards at the fair.”

Art controversies were not the only atypical fair news coming out of Colorado this year Country music trio Lady A initiated the postponement of their North American tour and with it the performance at the 150th Colorado State Fair, rescheduled for next year's fair. The Colorado State Fair was going to be the first show of the band's new tour, but all the dates, including the South Dakota State Fair were cancelled. 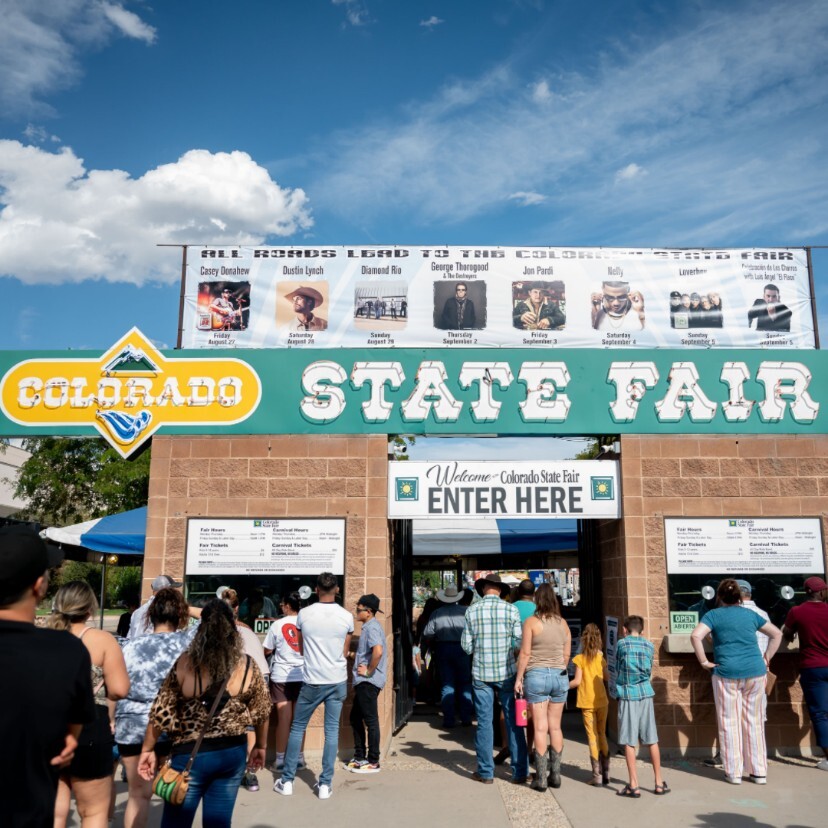 Perhaps even more distressing for the fair industry was a fake fair-ticket controversy distracting the community from the fair's sesquicentennial celebration. Local Pueblo television news station News5 followed up a tip from a local fairgoer that counterfeit "mega pass wristbands" -- a $150 value – “used for unlimited entry into the fair and unlimited access to the carnival rides” were being sold near the state fairgrounds.
The fake wristbands are apparently an annual occurrence. Stoller acknowledged that fraudulent tickets and carnival passes being sold just outside the gates “happens every year” and “it's nothing new.”

This year however, local news reported that the fair allowed counterfeit ticket holders to enter the gates. “We're giving them a little kindness,” Stoller told the press. 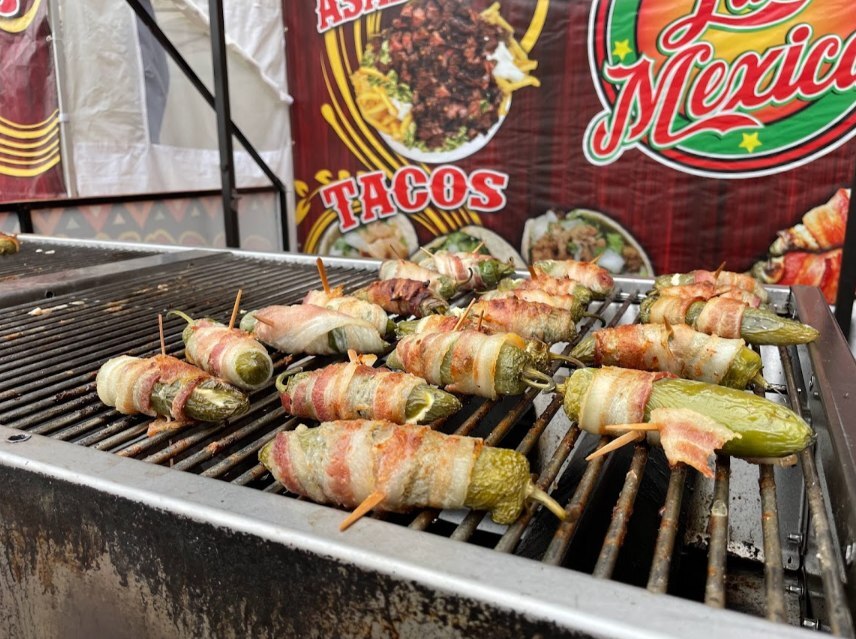 The fair could afford such kindness. It's official news released that stated that 2022 was 461,104, an increase of one percent over 2021. “As we wrap up the 2022 State Fair season, I want to offer a massive “thank you” to all of our amazing partners, competitors, team members, volunteers, and guests,” said Stoller. “The Colorado State Fair showcases the best of Colorado through agriculture, food, shows, competitions, and fun family experiences and we are honored to share these experiences with our visitors.”

With Colorado, that one percent increase comes after the fair reached a new peak with the 2021 fair, which attracted an estimated 458,000 (The 2021 Colorado State Fair was ranked #26 of the Top 50 Fairs in North America, as compiled by Carnival Warehouse). This year, Fiesta Day, celebrated on the closing Sunday, saw the largest single day of attendance in 13 years, with 69,562 visitors who walked through the gates.
“We were up about 10 percent over 2021, but you have to remember that 2021 was a big year,” said Pat Crabtree, Crabtree Amusements. “We were up more than 40 percent over 2019.” 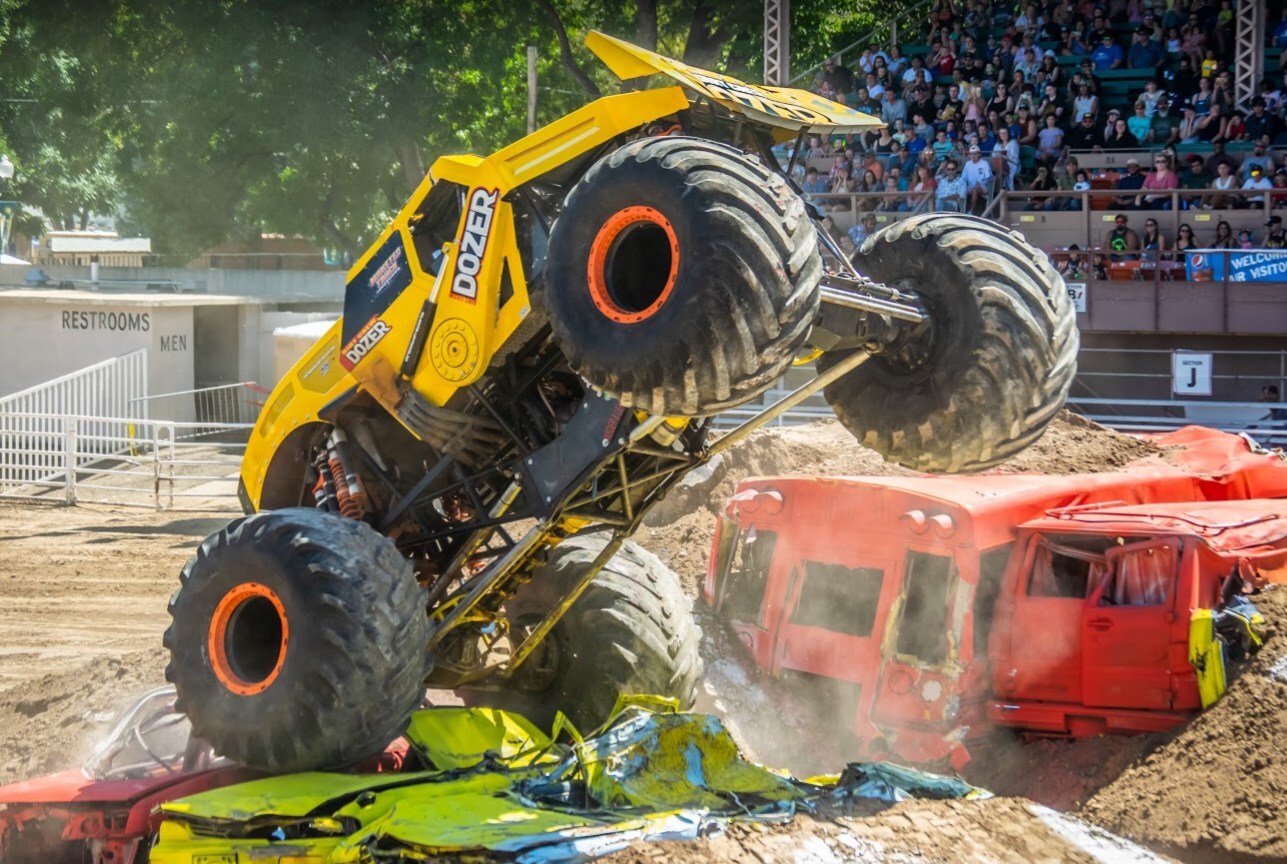 The Crabtree Amusements midway featured about 50 rides, which has been the standard allotment for the Colorado State Fair. New rides to the fair included Monster Trucks, Charlie Chopper, Happy Swing and Air Max. Crabtree said many of the supply disruptions wreaking havoc with ride & equipment manufacturers in 2021 were alleviated this year and the company was able to replenish its inventory. Crabtree also noted that U.S. Dollar is stronger than the Euro, giving the company more buying power and offsetting some of the inflation in this product category.

The continued robust spending ways consumers exhibited last year has continued unabated into 2022. “People are spending money, so they have money. I thought 2021 was an anomaly and would go back to regular spending patterns this year, but spending is still high. We're still in a very nice growth mode. One thing I look at is how they are paying and at the beginning of the season it was 60 percent credit card, and at Colorado two thirds were using their debit card, which means they have money to spend.”

It seems the fair is also committed to improving the fairgrounds. “The state is really supporting the fair with millions of dollars. This year, they improved their entrance and we're consulting with them on future infrastructure improvements to the midway for better water and electricity.”
Stoller who refused to discuss the progress of ongoing infrastructure improvements with Carnival Warehouse, cautioned his community that while attendance may be up, most of the increases in spending were eaten up inflation, qualifying any success the 2022 fair achieved. Colorado Public Radio reported: Food revenue was up about 15 percent, Stoller said. He attributed that to rising prices due to inflation.” 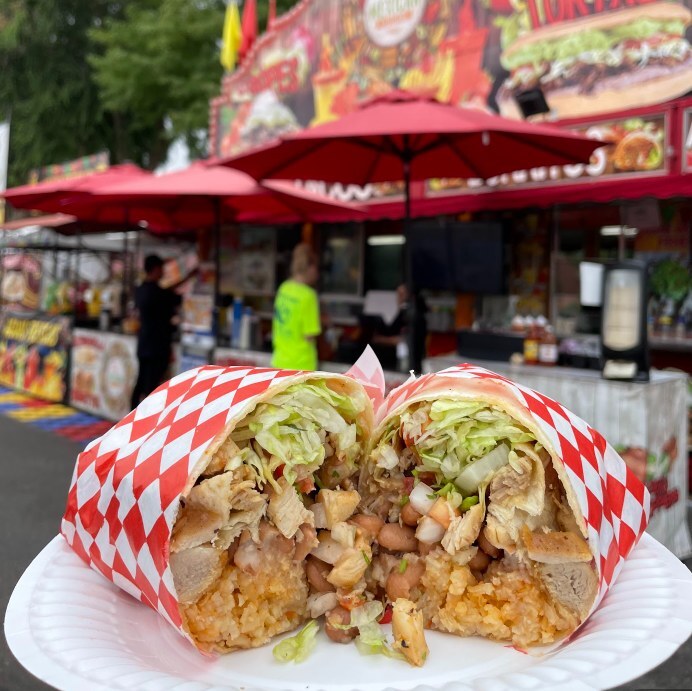 Crabtree Amusements provided the Midway at the 2022 CO State Fair