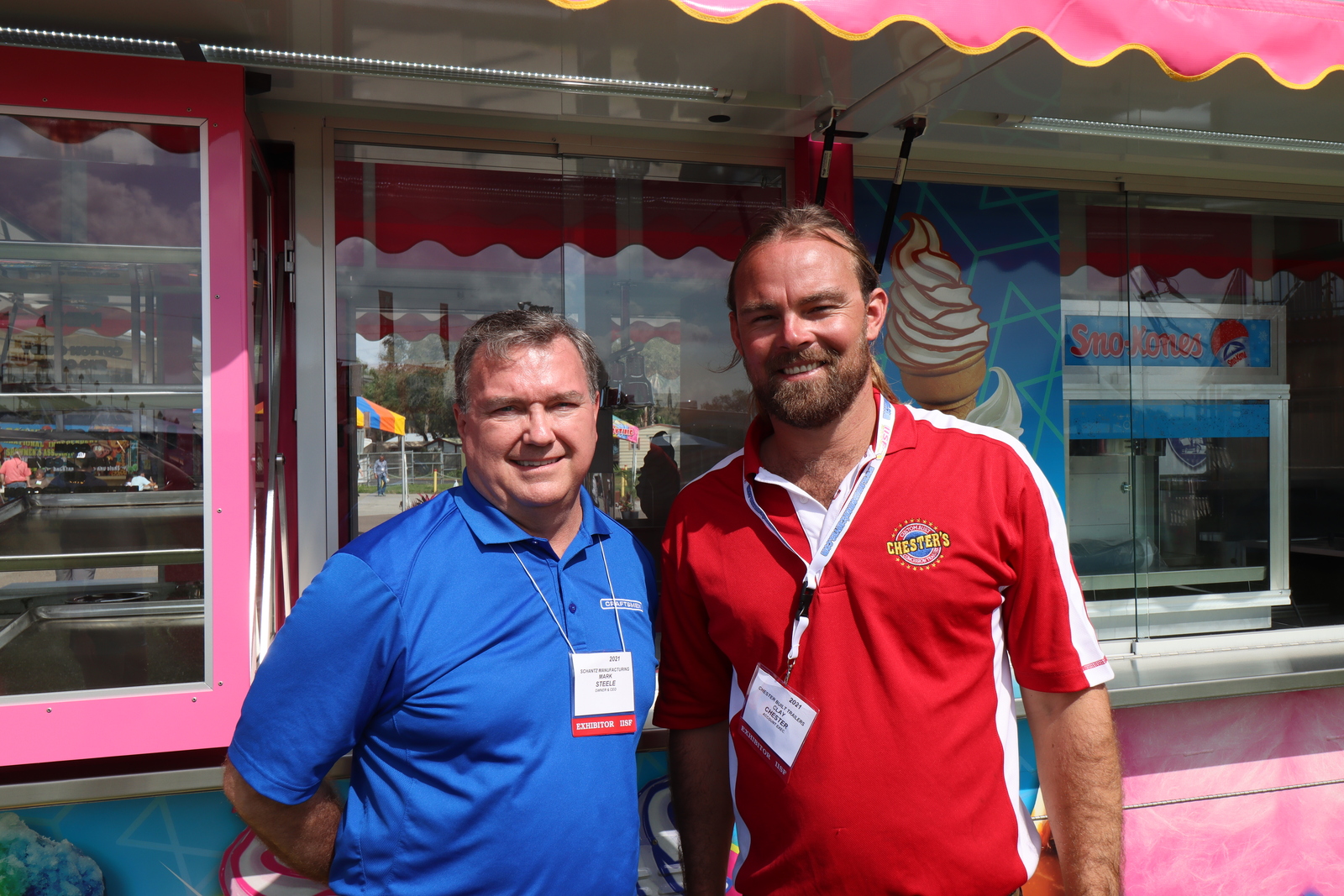 Mark Steele, Co-Owner of Craftsmen Industries, is pleased to announce that his company has acquired Chester Built Trailers. “The acquisition is complete. We bought the assets, the brand, and the intellectual property late last year,” he says. Similarly, Schantz Manufacturing, another company specializing in trailer manufacturing, joined the Craftsmen Industry team in 2017. Adding these two well-established companies to his business has allowed Steele to fully invest in the outdoor amusement business industry. “Two families own Craftsmen, we really like the fair and festival industry and the multi-generational aspect of customers,” says Steele. “We're investing in the fair and festival industry even in the midst of distress. I've been involved for 5 years now; we've made friends and met wonderful people. We're not looking to grow the company and sell it, but rather, make a long term investment in the company and the industry,” he says.

In 2022, Craftsmen Industries will  mark its 40th anniversary in business. The original founder of Craftsmen Industries and Steele have known each other for almost 20 years. Steele purchased half of the company in 2016 and two of his sons work with him. “We operate as a family-held business. Our background is in manufacturing; we get to make neat stuff for a lot of wonderful brands and customers. We have a strong orientation to do whatever we can to support our customers,” says Steele. The ‘show must go on' mentality is strong in the Craftsmen Industries culture. Currently, Steele and his partner support 200 employees and 3 manufacturing facilities in the St Louis region.

For Steele, offering customers a variety of manufacturing options makes good business sense. “To use an analogy, it's kind of like Toyota with Lexus or General Motors with Chevy, Buick, or Cadillac; the company owns a variety of product and the customer chooses based on what his application is or needs are,” says Steele. “Craftsmen Industries is looking to build a full product line to meet customer needs. People are in different stages of their business or their life and investments may differ from customer to customer.” According to Steele, Chester Built Trailers' products are simpler and remain at a lower price point than the Schantz Manufacturing Trailers. Craftsmen Industries produces highly customizable mobile units.

At the 2020 IISF Trade Show, Clay Chester, owner of Chester Built Trailers, and Steele began talking and Steele eventually approached Chester in order to outline his vision; “I asked if he'd be interested in joining a larger organization. We continued the conversation throughout the year but COVID impacted the landscape for both Clay and I,” he says. Ultimately, it  made greater sense for Chester to be part of a larger organization and allow Craftsmen to focus on the manufacturing of the trailers.

According to Steele, the IISF Trade Show was better attended than he expected and Craftsmen Industries had a productive show. “We displayed a food truck and probably had one of the larger displays for a manufacturer. We were able to have better and longer conversations with the people who attended,” he says. Orders are already coming in for 2021. Craftsmen Industries is fortunate to be well capitalized and Steele is working to support financing as a lot of the financing opportunity in the industry has seized up. “Some people need assets to be refurbished or be different to meet new needs such as trailers that are compatible with drive-thru events. For example, the Schantz assets tend to retain value so we're open to refurbishing and purchasing old assets,” he says.

Steele and his partner were able to maintain full employment amid the COVID-19 crisis. Employees were fully paid with benefits. “We feel fortunate as a manufacturer, many were very negatively affected,” says Steele. Some of the customers they serve reported being down about 70-80%. “We had significant declines in the 2nd and 3rd quarter, but we shipped as much in the 4th quarter as the 2nd and 3rd combined. We are blessed and fortunate; it was not a very profitable year, but we survived,” says Steele. 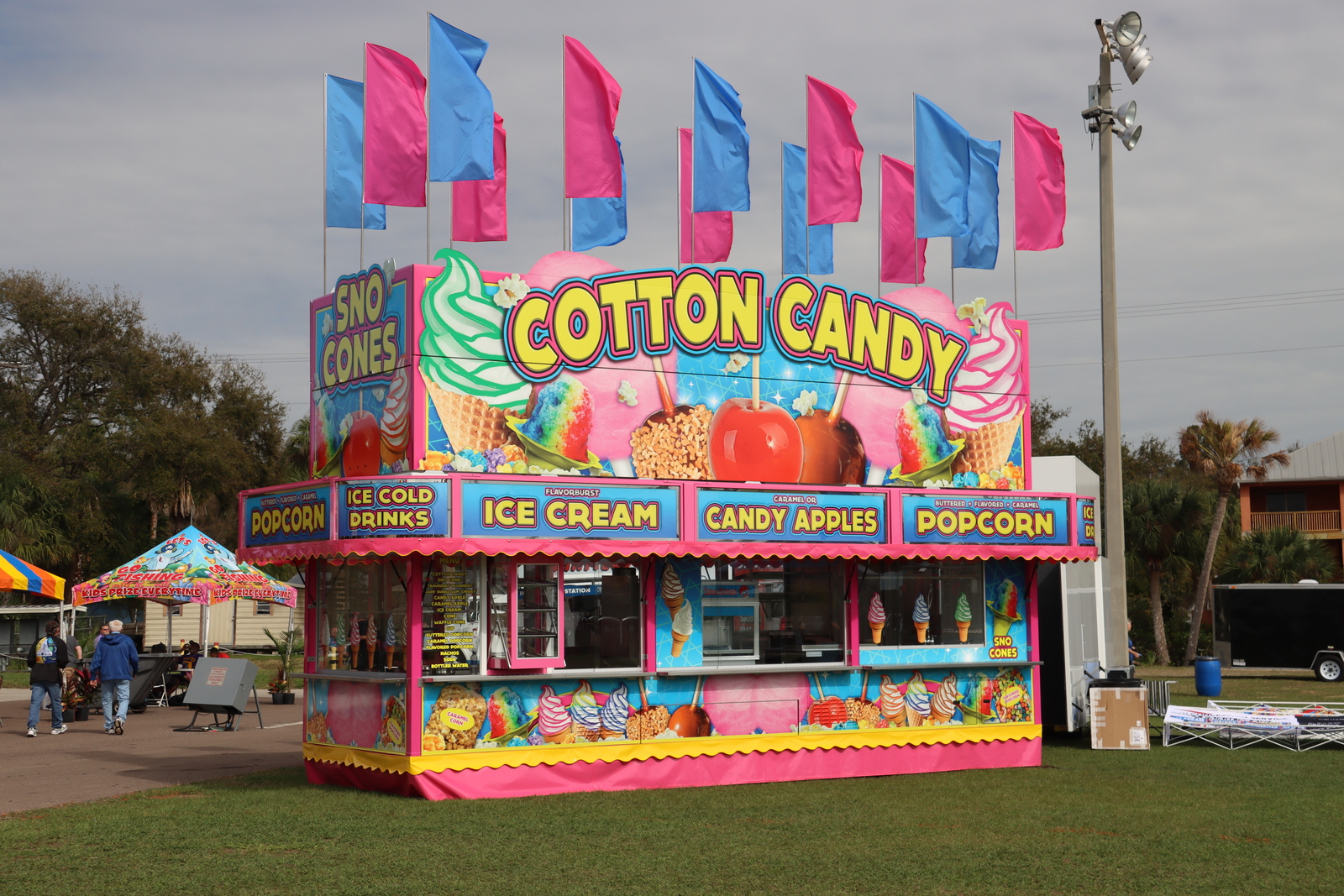 Clay Chester, owner of Chester Built Trailers, is excited by the opportunity to expand with Craftsmen Industries. “We always had a good customer service base, but Craftsmen Industries' manufacturing capabilities are endless,” says Chester. “Mark has a lot of confidence in this industry. I saw it last year when the industry was in a great place and it has never swayed even in this COVID environment,” he says. The amusement industry has been Chester's base forever, working with a guy who's doubling down on his investment in the industry, even in a bad time, gives him a lot of hope.

“We always had a production issue and could only build a certain amount of trailers. Now we have the capability for endless production. We can build more trailers on tight deadlines with shorter lead time and get more trailers out and working,” says Chester. Historically, Chester Built Trailers' booth has always been set up beside Schantz Manufacturing at the trade show. Last year, Steele was at the Schantz Manufacturing booth and he and Chester began chatting. “I didn't know where our conversations would go but I always thought of Craftsmen in the back of my head as a big company with lots of resources,” says Chester. For him, the idea of working with another company that has the same views and end goal was exciting. “When you walk around the trade show, you see lots of concession manufacturers and they're all technically competitors but we can come together and work together, similar to how the ride manufacturing world works. I always thought there could be more comradery in the concession trailer business,” says Chester.

In his new capacity, Chester has the ability to sell for Craftsmen Industries, Schantz Manufacturing, and Chester Built Trailers. “It's a great partnership. We got an awesome response at the trade show,” says Chester. Having multiple manufacturing options under the Craftsmen Industry umbrella is a win for everyone, including customers, according to Chester. “A lot of people who generally wouldn't see a Chester built trailer got to take a look this year and  liked what they saw. Similarly, some loyal Chester Built Trailers customers  who were interested in Schantz trailers were able to peruse the options without feeling any disloyalty to Chester. “There is a lot of loyalty to brands in this industry, with several of us under one roof now there's not as much competition. We are a one-stop-shop for the concession industry,” he says.

Chester started in the concession business in 2002, when he owned and operated his own trailers. He started building in 2010 and “Chester Built” was born. “It's been a great ride. I didn't sell my company to exit the industry; instead, I saw the potential of partnering with a company like Craftsmen Industries,” he says.  “Everybody in the industry is very optimistic about 2021 and what's to come. Everyone was on a good roll going into 2020 and I think we'll get back there fast.”

Mark Steele and Clay Chester were on hand during the IISF Trade Show, showcasing several products including a new cotton candy trailer.