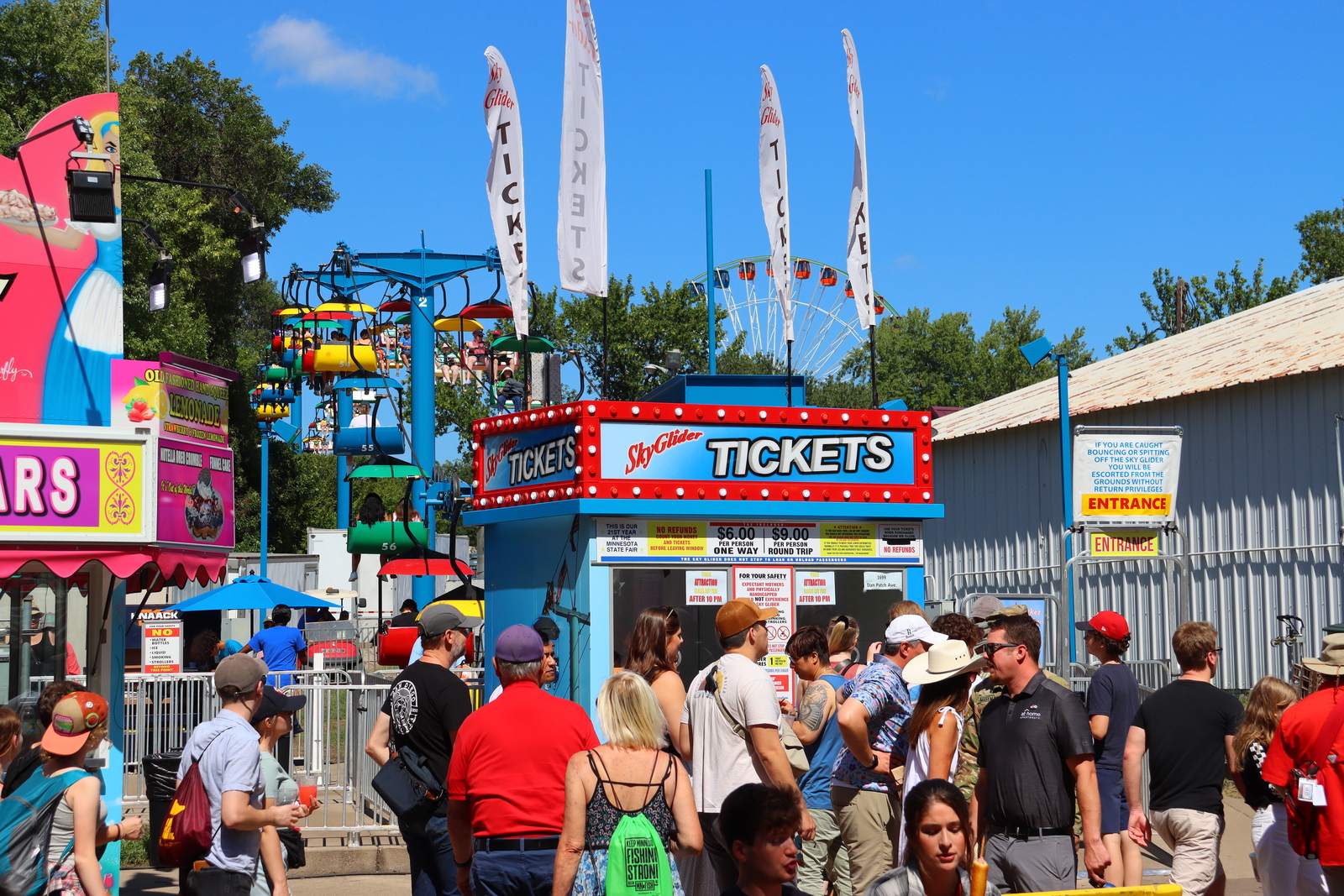 In a revealing if  unscientific and informal survey  of a wide range of fair marketing professionals, Carnival Warehouse found some obvious trends – online marketing and social media continue to grow – but within that generalized category, some compelling trends related to this expected development were apparent.

Most respondents stated no increase in their marketing budget, while at the same time shifting more of the budget to online media sources. This has been the general state of fair marketing for several years, nearly a decade, but one way to look at the scenario is online media is now dominating the consumer attention span, eroding the reach of traditional media, especially with younger people, and this ongoing shift enables an expanding reach without having to increase the fair’s marketing budget.

However, even with this shift, respondents indicate that digital still hovers around 20 percent –or less – of the budget. Television and radio advertising accounts for more than half of most budget expenditures.

Radio continues to retain its hold on the budget, mainly with fairs with headline music entertainment. However, as big name concerts continue to increase in price and as smaller fairs choose other options, their reliance on radio has waned.

Or as one respondent put it, “we’ve cut out all local radio, TV and cable TV, and switched those funds to digital.”

While  fairs taking a move as drastic as a total elimination of non-streaming video and radio may still be in the minority, all the respondents indicated they are reducing marketing spending on older media, while spending 20-to-40 percent more on digital marketing in 2019 than in 2018, a trend that by all indications will continue throughout 2020.

It’s a trend that coincides with the forces in the current media landscape. The fact is that fairs are simply spending where the eyeballs are. Even baby boomers are following Generation X and Y in becoming cord cutters – the term given to people who’ve given up their cable television and consume their media via the internet on their phones, tablets, laptops and computers. According to a 2019  joint study by programmatic platform OpenX and The Harris Poll, the number of cord-cutter households increased by 18.9 percent in 2019 to 39.3 million, while the number of pay/cable TV households in the US decreased by 3 percent – although this population at 87.9 million still far outnumbers the cord cutters.

The overwhelming appeal of digital marketing can also be attributed to the  analytics available. The point-casting aspect – as opposed to the broadcasting – has become consistently trackable. On where to direct those online dollars, the decisions are based on “click-throughs and online ticket sales.”

Or as one fair marketing director commented, “We continue reductions on print / TV, but increase our digital.  TV and radio are a branding medium, critical to the campaign but harder to measure.”

While internet advertising –  especially pop up ads and other social media marketing methods – have become the fastest growing segment of digital marketing – the final measurement of a successful marketing campaign is overall ticket sales. One fair marketing professional stated, “We measure marketing campaign effectiveness by the number of visitors to our fair. This year we recorded an all-time overall record. We attribute this milestone to this year’s colorful and highly visible marketing campaign and an intensive social media strategy.”

Social media has become the driving force in fair marketing campaigns. One key point of confluence is that both the marketing and the public relations components are now contained in social media. “[Social Media] is a key part of our marketing strategy because it helps us tell our story. It is also useful to build relationships with fairgoers, journalists, and influencers and beyond so they can have a positive experience at our Fair.”

Or, as another professional explained: “The organic side of social media is a PR platform for us, while the paid/advertising social media lives within our marketing department.”

Facebook – the platform with the highest number of users – remains the top platform for fairs, although the other platforms are being used according to their individual strengths. “We are still Facebook fans – a lot of moms with kids are on that platform. We are using more Facebook advertising and pop up ads more and more."

“We’ve found Facebook and Instagram to be most effective since it’s where the majority of our audience hangs out on social,” another survey respondent pointed out. “Snapchat and Twitter always seem to lag behind. Possible reasons for this are that Snapchat skews young and Twitter has a super-fast news cycle.”

Respondents agreed that social media is an ever-evolving landscape. In less than ten years, the outlet has gone from afterthought to focal point, and now it’s an accelerated effort to stay on top of the multiple trends. “Our primary focus initially included a Facebook strategy and was limited in scope. In the last five years we expanded our brand to include Twitter and Instagram,” one large county fair explained. "We have found a niche in each channel and have strategies for the ways we use and engage our guests in the different mediums. In fact, Instagram has become our fastest growing platform over the last year.”

The most prominent social media trend among fairs is a move from mere text posts, to more video clips, the higher quality the better. In 2019, “our social media included more video content and made better use of Facebook & Instagram stories.”

“We have found great traction when posting videos about our rides. Our guest love reacting to their favorite ride and the unique photos we post of the midway. We cannot qualify those results, but find that many of those posts give us a high level of engagement.”

The most apparent 2020 forecast would be an expansion of these storytelling functions, with a higher caliber of video content. The rapid growth of social media marketing has been fueled by the widespread adaption of the smart phone. With that growth has come a growing demand to watch video clips – visual sound bites – on handheld devices. According to 2019 infographic study by GO Globe, mobile devices now account for half – 49 percent – of “total time spent on consuming digital media,” an increase of 20 percent since 2010. Since 2012 the study found that, average digital video viewing on smartphones has more than doubled from 13 minutes a day in 2012 to 27 minutes in 2019 – a trend that is presumably higher for younger demographics."

The rapid increase in digital marketing and expansion of social media platforms has significantly changed the marketing calendar for fairs. The digital world is not just 24/7, but now mainly accessed through a cellphone, it’s always within reach. “We used to do only 14 days out, when we were doing mostly TV and radio, as we couldn’t afford to do more. With online advertising less expensive and more defined, we are starting earlier.”

“We never stop marketing our Fair,” said one fair manager. “We market it year round on site to various event guests. The concentrated general fair campaign is approximate four to six weeks, depending on the channel.”

What is typical now? One Labor Day fair shows a nine-month strategy, beginning in January with concert lineup announcements, about once week. Memorial Day, “we launch a targeted digital campaign focused on concerts. Late July we roll out general Fair digital / social ads. Early August we launch TV branding campaign, followed by TV tactical campaign.  Radio launches three weeks prior to opening of Fair and runs until three days prior to the end of Fair.”

Digital may be the frontline of the marketing – a cost effective way for ongoing communication to a fairgoer base – but it also has enabled more effective spending that optimizes the strengths of other media outlets.

A mid-September fair emphasized that via social media, “we’ve had great luck announcing concerts as soon as we get the green light to do so throughout the year. It creates a fun buzz and gets people thinking about planning their big day out at the Fair.”

With the year-round digital platform forming a foundation, the fair marketers now are free to arrange a more effective schedule. “We start the push on advertising and marketing campaigns by early June. Our fair brochure is distributed in July and August, outdoor billboards etc.) begins in early August. Our big advertising push commences during Labor Day weekend for a very intense three-week flight.”