Colorado Fairs and Festivals Lit Up the July Skies 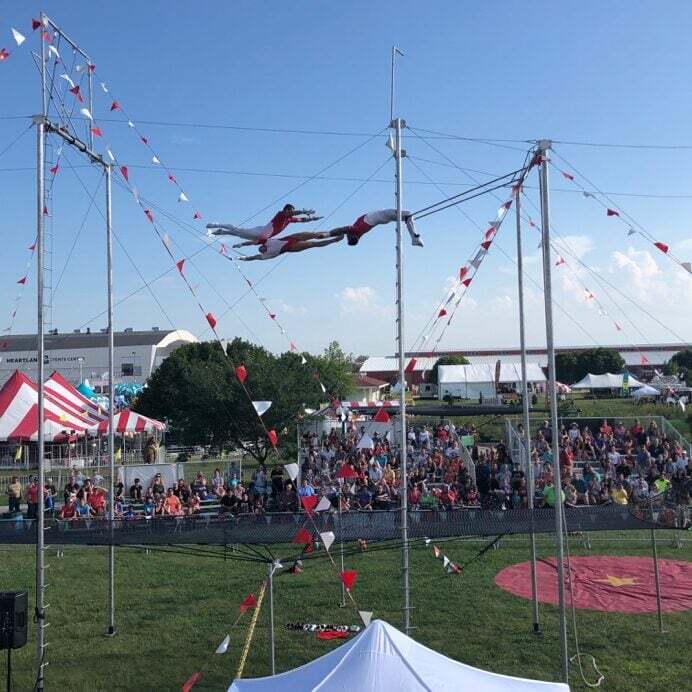 Both the Mesa County Fair and the El Paso County Fair ran this July in Colorado, each with their own set of attractions and family fun. After being shut down in 2020, both fairs saw strong attendance and offered a varied series of entertainment options. 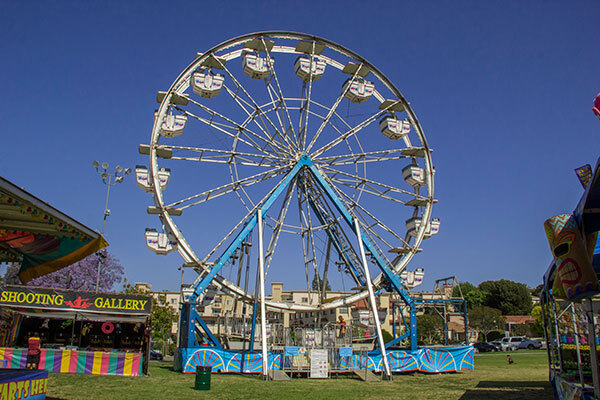 There was plenty of music too, as the Clark Jensen Band began the fair with live music for the kick-off street dance, rockers Union of None and the lively Colorado Keys Dueling Piano performers were also on tap for the week-long event.

As fairgrounds manager Kyle Carstens stresses, the Mesa County Fair celebrates the “agriculture in Mesa County and our kids that work so hard all year on their projects and their animals.” But this year, Carstens attests, “We're trying to go above and beyond because we didn't have a whole fair last year, we just had the 4-H stuff. Before COVID, the kids still had their animals and started their projects, so that didn't stop. But having the full fair back is just so important for people to get back together.”

The manager notes that there was nightly music from local artists on the main stage, and local vendors presented their varied wares. “We decided to keep it all local this year to help those groups that are hungry from last year after COVID.”

And along with the music, varied entertainment included the Flying Cortes Spectacular Flying Trapeze Show, a Tiger Show, and Mad Chad the Chainsaw Juggler. The latter said he was initially concerned no one would come out to the fair due to the pandemic and was thrilled to find a big crowd enjoying his performance after not having performed for over a year.

Admission to the fair was free; grandstand event offerings such as the Monster Truck show required additional ticket purchases at varying prices.

The fair which ran July 13-17 on the Mesa County Fairgrounds in Grand Junction, offered the theme of “Country Nights, Carnival Lights.”

The carnival itself started before the main fair on the 9th of July and continued operating throughout the run of the fair. This year, the carnival was moved to asphalt near Veterans Park. A carnival day pass cost $35 with Carnival Midway Attractions offering 18 rides.

The fair held its big Wednesday night kick-off with a free Community Dance to begin the festivities. Once the main fair opened, there were plenty of family entertainment options from a Dock Dogs competition to John the Strongman.

The fair has reclaimed its annual July slot after being moved to October in 2020, when it was cancelled half-way through its downsized run, due to the COVID-19 spike in the Grand Valley area last year. 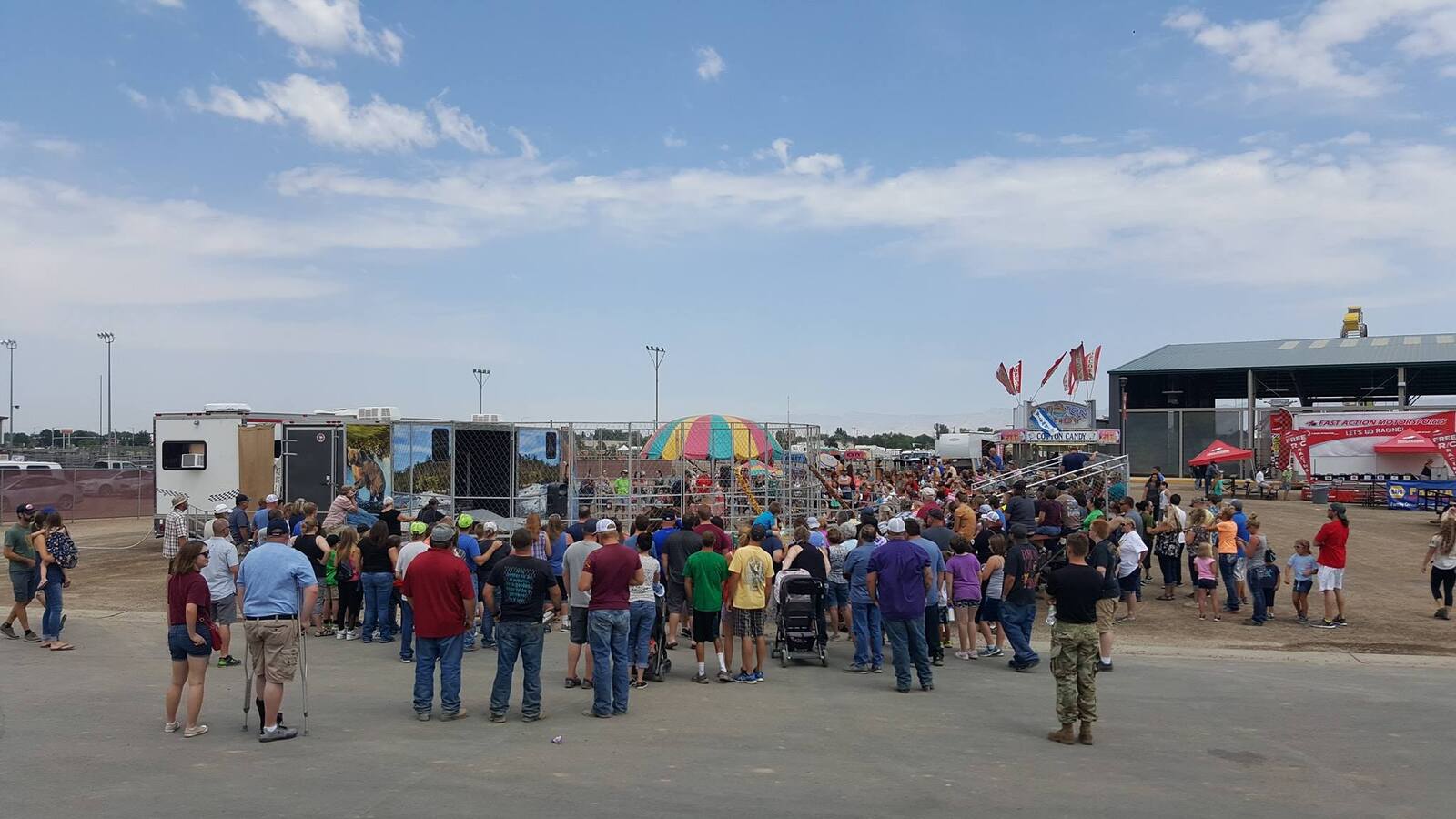 The derby sold out, and large crowds also showed up for the witty Catherine Hickland Comedy Hypnosis, as well as musical acts including the Tenderfoot Bluegrass Band and headliner David Adam Byrnes, The Teague Brothers Band and local favorites Exit West, who performed after the derby. 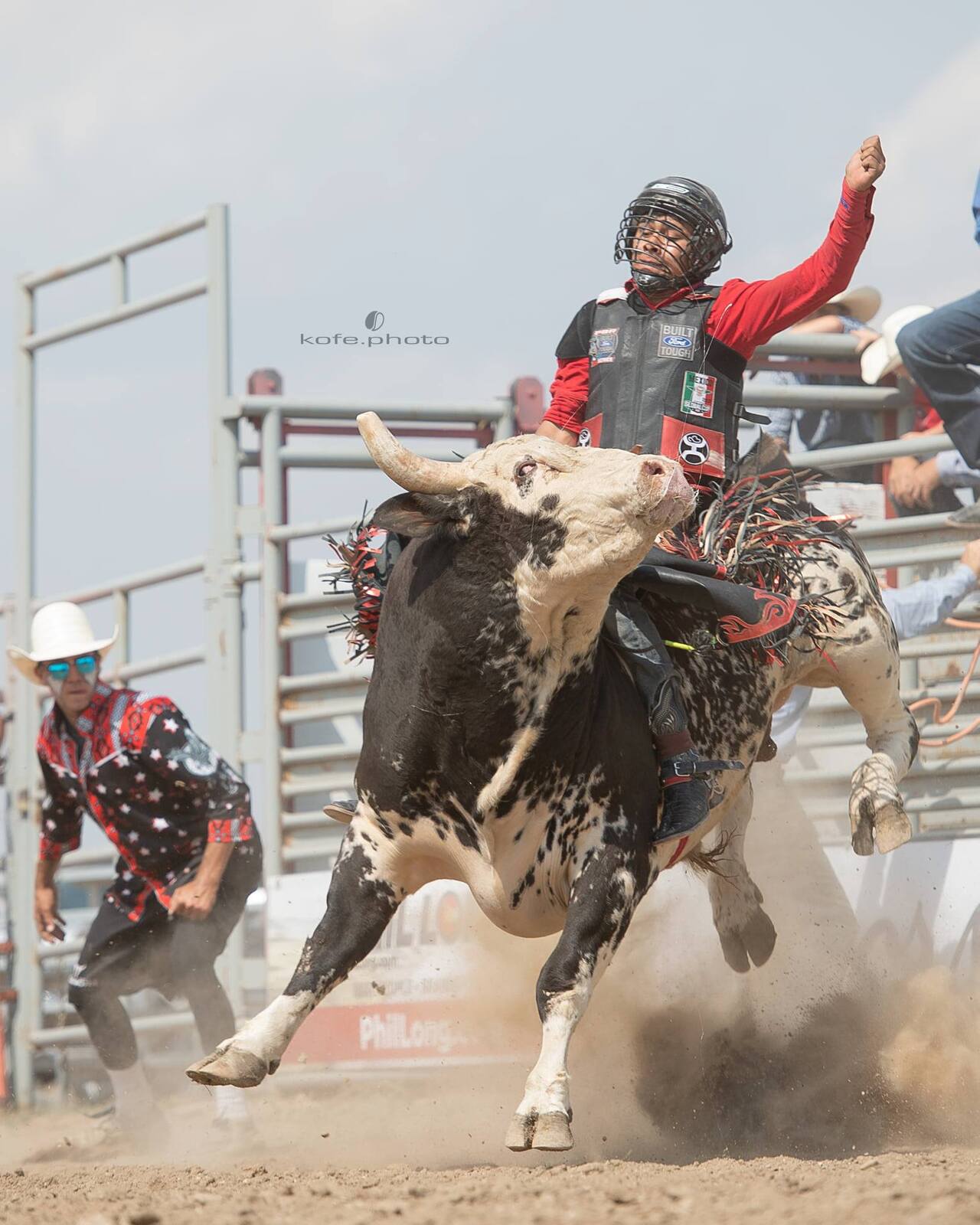 “We are pleased to provide opportunities to showcase time honored traditions, fan favorite events and feature wonderful bands for our community to celebrate,” Buffington enthuses, noting “There are 4-H and FFA shows throughout the week,” which showcased animals, table displays, and crafts.  “There is something for everyone…” she says of the fair.

The fairgrounds, located in Callan, Colo near Colorado Springs offered regular admission of $8 for adults, $6 for seniors, and $4 for youth; while musical events were free, the tractor pull, bull riding, and Demolition Derby events were separately ticketed. Passes for season admission as well as a Golden Ticket pass for $55 were available. The latter included admission to the separately ticketed evening events. Wagner Carnival wristbands were $28 on site, and $20 purchased in advance; giant swings and the Ferris wheel were strong draws.

Finally, located in Montrose, Colo., the 130-year-old Montrose County Fair and Rodeo ran July 24 through 31 with the theme of “This is our country!” Offerings ranged from rodeo events to livestock and horse shows, and competitions included a Bacon Day replete with a bacon-donut breakfast, pig painting, and contests that included plenty of chowing down – on bacon, watermelon and Jell-O. From general livestock shows to the CPRA rodeo, it too was a well-attended event. Brown's Amusements supplied the carnival rides, and the carnival itself was sponsored by the local Lions Club. Carnival wristbands were $35. The fair admission was free; evening concerts and rodeo were separately ticketed.

Live Entertainment was Featured at the Mesa County Fair