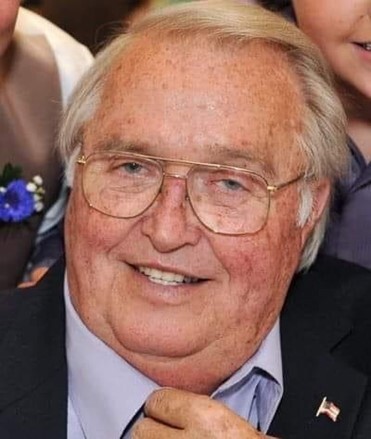 An obituary is like a life, it begins as a blank sheet of paper and becomes filled with the accomplishments, experiences and stories that are the person who is so lovingly missed. Such is the life of Charles G. (“Charlie”) Cox. Charlie passed May 9, 2021, from complications after a recent surgery.  At the time of his passing Charlie was 84 years old and loved by his family, friends, and those persons he connected with as he filled the blank sheet that is one's life.

Charlie was born to Jessie (Cawley) and Harold Cox on February 16, 1937. During Charlie's early childhood his father was a tenant farmer. The first family farm was in Staunton near Washington Court House, Ohio. After a fire destroyed the Staunton farmhouse the family moved to a farm in Frankfort, Ohio. From his early upbringing on the family farms Charlie learned the value of hard work from his father, a trait Charlie passed down to his own family. Later the family moved to Washington Court House, Ohio, where Charlie went to school, excelled at sports, raised a family, and started a business that continues to flourish 65 years later. In addition to a passion for work and his business, Charlie developed a love for sports, another thing that was shared with all.

Charlie always told those around him that if they had a job to do, they needed to do it right the first time because there may not be a second opportunity. He lived his life to make the most of his “first time.”  After attending high school in Washington Court House, Charlie attended Wilmington College where he graduated with a teaching degree and lettered in four sports. Later he was inducted into the Wilmington College Athletic Hall of Fame.  Also, while a college student, Charlie and Patty began their family and he started his life's work that would develop into the family business.

Initially Charlie sold mobile ice cream trucks referred to as Dairy Clippers. With the assistance of his mother and mother-in-law (Lucille Litz), Charlie and his young family, demonstrated and operated the trucks at county fairs throughout Ohio.  Over a 65-year period, Charlie with the assistance of the Cox family, friends, numerous employees and associates, grew the business from its humble beginnings of Eyman Park in Washington Court House to the food and beverage services at the Columbus Zoo to what it is today. Concessions by Cox is now recognized as a leader in the special event food and beverage industry providing services to events such as the Kentucky Derby and Festivals, Indianapolis 500, Super Bowls, a special event on the White House lawn, Philadelphia Freedom Concert, Country Concert and World Youth Day with Pope John Paul II in Canada. The company values their work with Storm Services LLC supplying food and beverage, shelter and related logistical services during natural disasters. In addition to these pursuits, Charlie and the family business stayed true to their roots with the operation of fairs and festivals, including, offices at the Georgia National Fairgrounds & Agricenter and the Ohio State Expo Center & State Fair.

Charlie's life's sheet was also filled with humanitarian pursuits. As a younger man he was active in Sertoma; rising to the office of President of Sertoma International. During that period, he had the opportunity to travel in the furtherance of the mission statement of “Service to Mankind” including his attendance at the Paris peace talks working to bring an end to the Vietnam war and the return of American service men and women who were missing in action.  Later in life he participated in or assisted several charities and non-profits, including assisting the Karam-Kourie Family in efforts to raise funds for St. Jude Children's Research Hospital to aid in the fight against childhood cancer.

Charlie was known to be kind and generous whenever someone was in need with, what the carnival business refers to as a “patch”, to help them down the road or in life. He enjoyed nothing more than planning the next big event or talking shop with other “carnies”. With his college degree in teaching, Charlie took pride and made it a priority to share his knowledge and work ethic with future generations.  He had a strong desire to support and develop the youth and future of the industry. Knowing that was his passion, the Cox Family has chosen to start the Charles G. Cox Ohio Fair Managers Scholarship Fund. To support this wish, In lieu of flowers, donations may be made to:

Charlie strongly believed that you should never put off until tomorrow what you could do today.  He acted and attacked each day and he did it right the first time. Charlie filled his blank sheet to the edges and then some.

Charlie's family invites you to join them in celebrating this wonderful man and his life. A visitation will be held on Friday, May 14, 2021 from 4:30 p.m. to 7:30 p.m. at Northgate Community Church, 51 Fourwinds Drive, Sunbury, Ohio.  There will be additional calling hours and funeral service beginning at 11:00 a.m. on Saturday May 15, 2021, at Southside Church of Christ, 921 S. Fayette Street, Washington Court House, Ohio. The burial will follow at the Fayette County Cemetery with reception at Mahan Building, Fayette County Fairgrounds. All are welcome to attend both or either event.