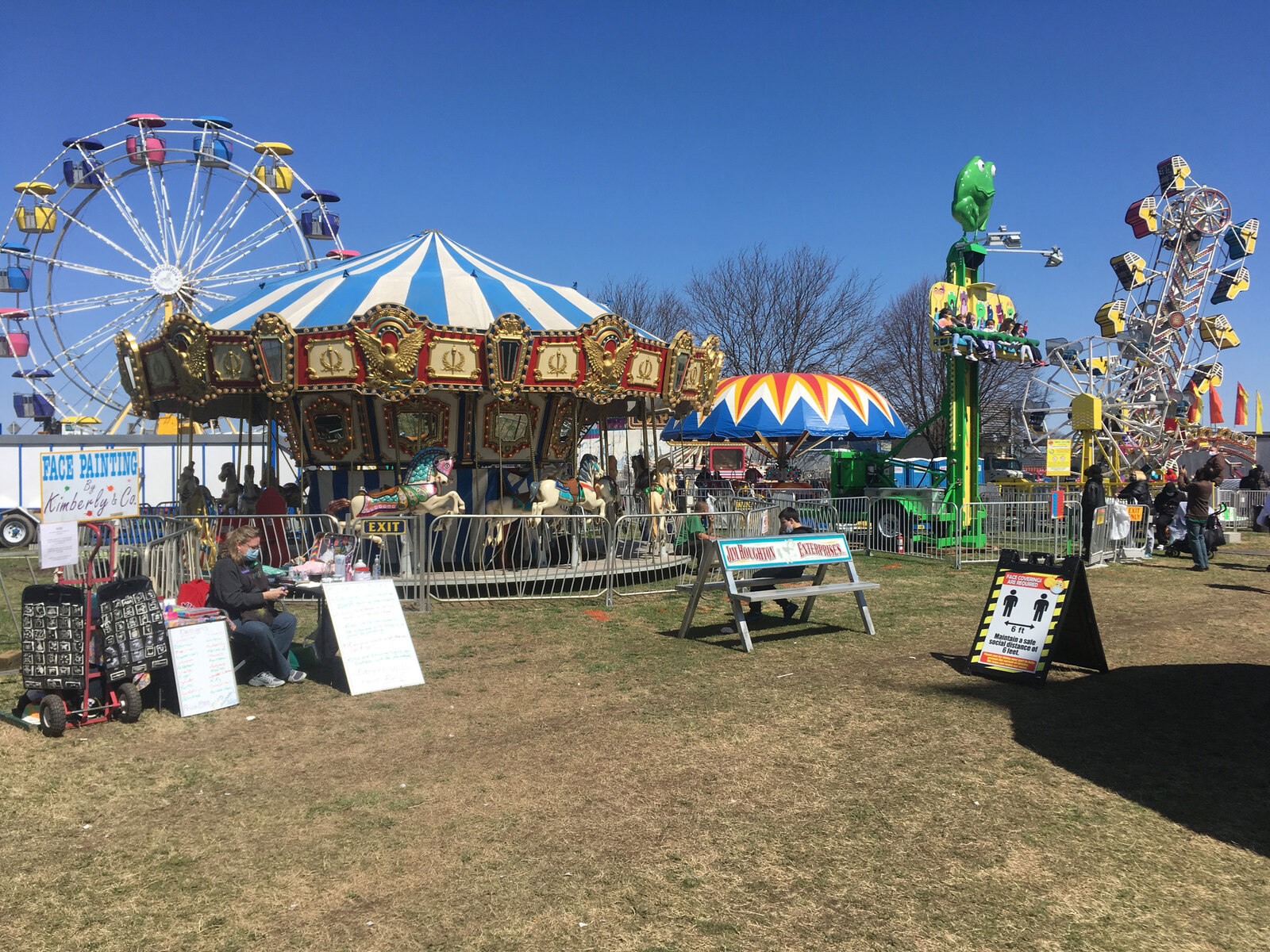 Houghton Enterprises opened Easter weekend in Philadelphia
The show reported a good turn out and an increase in revenue following a year without carnivals in the area. Photo by James Maxham

Christina Benner, owner of Penn Valley shows, is exhausted and equally thrilled by the past few weeks on the road.  After a non-existent 2020 season for the full show, getting back into the rhythm is a challenge, but also a privilege, according to Benner.  “We've been open for three weeks now and my body was not prepared,” laughs Benner.  Penn Valley Shows opened their season in Lancaster, PA at a local stadium.  “We usually start our season out with some events we create ourselves.  There are no committees involved, we just go in and rent the grounds,” says Benner.

Similar to other carnivals who have been able to open during the Covid-19 pandemic, Benner and her family approached their first event with optimism for the best and preparation for the worst. “We just didn't know how we would be received by the community.  Every town is different when it comes to the general response to Covid-19.  Luckily, we had very good reception from our customers,” she says. 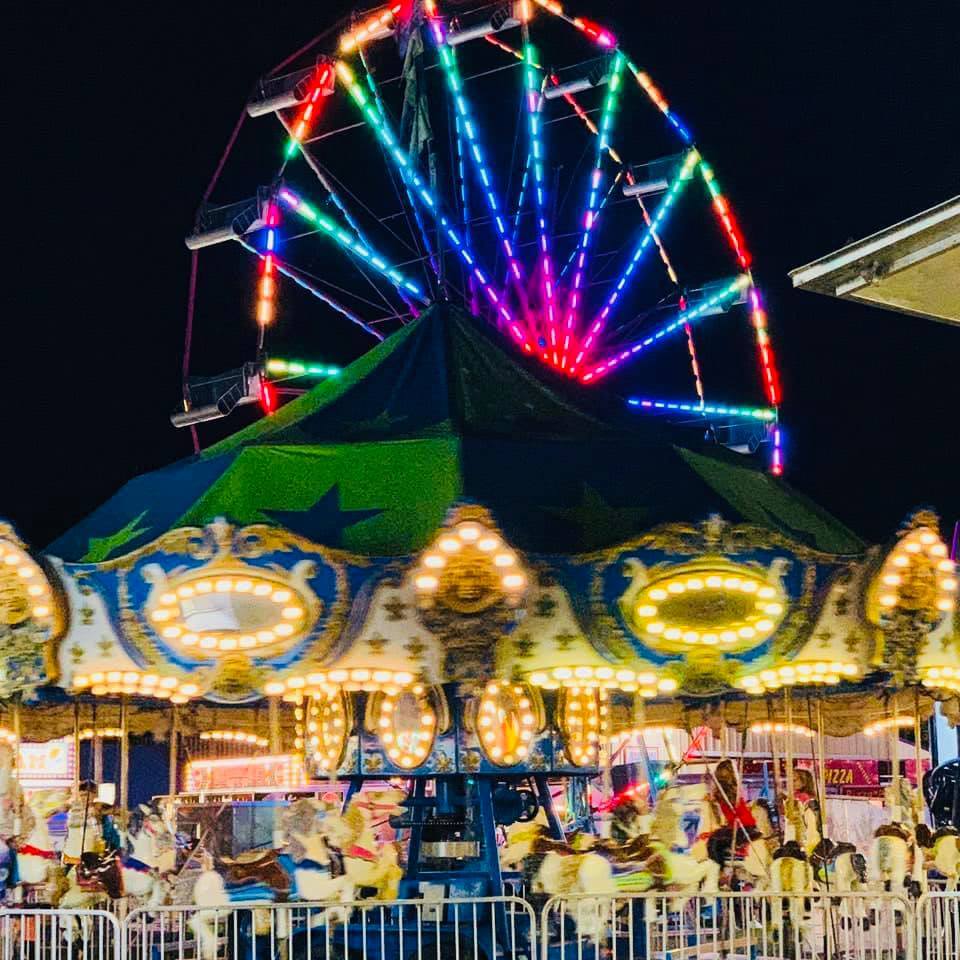 Penn Valley Shows hosted some fair food drive-thrus and other, smaller events throughout the Summer of 2020 and into the Fall season.  So, when it came time to prepare for Covid mitigation strategies, most of the signage and protocols were prepared.  Signs reminding customers to keep their distance, extra hand sanitizing stations, and a sanitizing system from Galaxy used to clean the rides are some of the tools employed by Benner and her family. “My employees are masked during our events and we have signage on each food stand with reminders,” says Benner.  While she cannot force each patron to follow the Covid guidelines, Benner felt that attendees knew what to expect and behaved accordingly.  “I would say most people followed the guidelines on their own. P eople just want to get out and have fun.  We had some people tell us they drove three hours just to come to the carnival and I definitely think that shows the sign of the times,” says Benner.

After Lancaster, Penn Valley Shows hit the road to Reading, PA where they received the same warm welcome from the surrounding community.  At one point, the line to get into the event stretched across three blocks.  “All of our event partners—so far just the owners of the venues—have been absolutely thrilled,” says Benner.  Of course, an outpouring of support and interest in the events comes with its own set of problems.  Most carnival operators in the industry have struggled to find reliable employees to work this season and Penn Valley Shows is no exception.  “We need more help in order to cut down our lines,” says Benner.  “We've received seven of our H2B employees but we're supposed to get 18 total.”  In the meantime, Majestic Midways, another PA show, has lent Benner some of their employees to help with the deficit.  “So far, we haven't had to downsize our midway at all but if we can't get our other employees soon we might have to downsize,” says Benner. 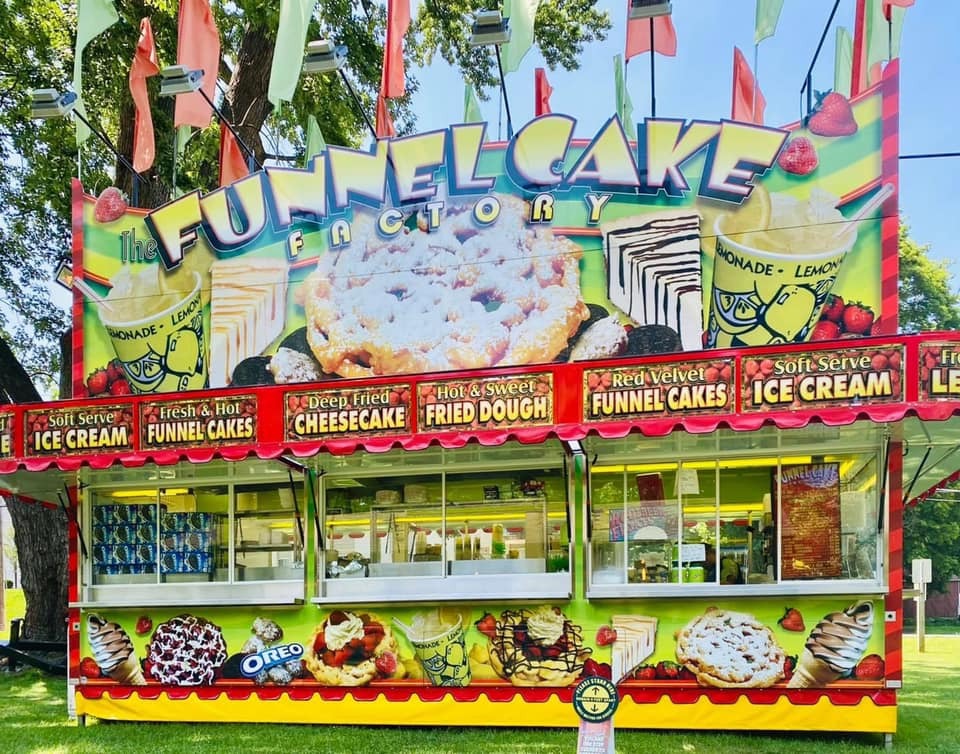 From Reading PA, Penn Valley Shows moved on to Lewisburg and will play a Maple Festival date in Troy, PA next.  “We're very fortunate because we have our full route with all of our same events.  We will run through October this year.  Our festival and fair partners have been supportive and committed to reopening this year,” says Benner.  She and her husband have become friends with their local Congressman who has helped advocate for reopening of fairs and festivals in their area.  "We were determined to get back out here and fight the good (and long) fight to reopening.  Our Congressman helped us make lots of phone calls to make this a reality,” says Benner.

As they look ahead to a successful and prosperous 2021 season, Benner and her family are praying for the other shows in PA that have not been able to go out. “We know a lot of locations have cancelled and some people have lost half if not more of their routes so we're hoping they find a way to work. We understand how lucky we are.” 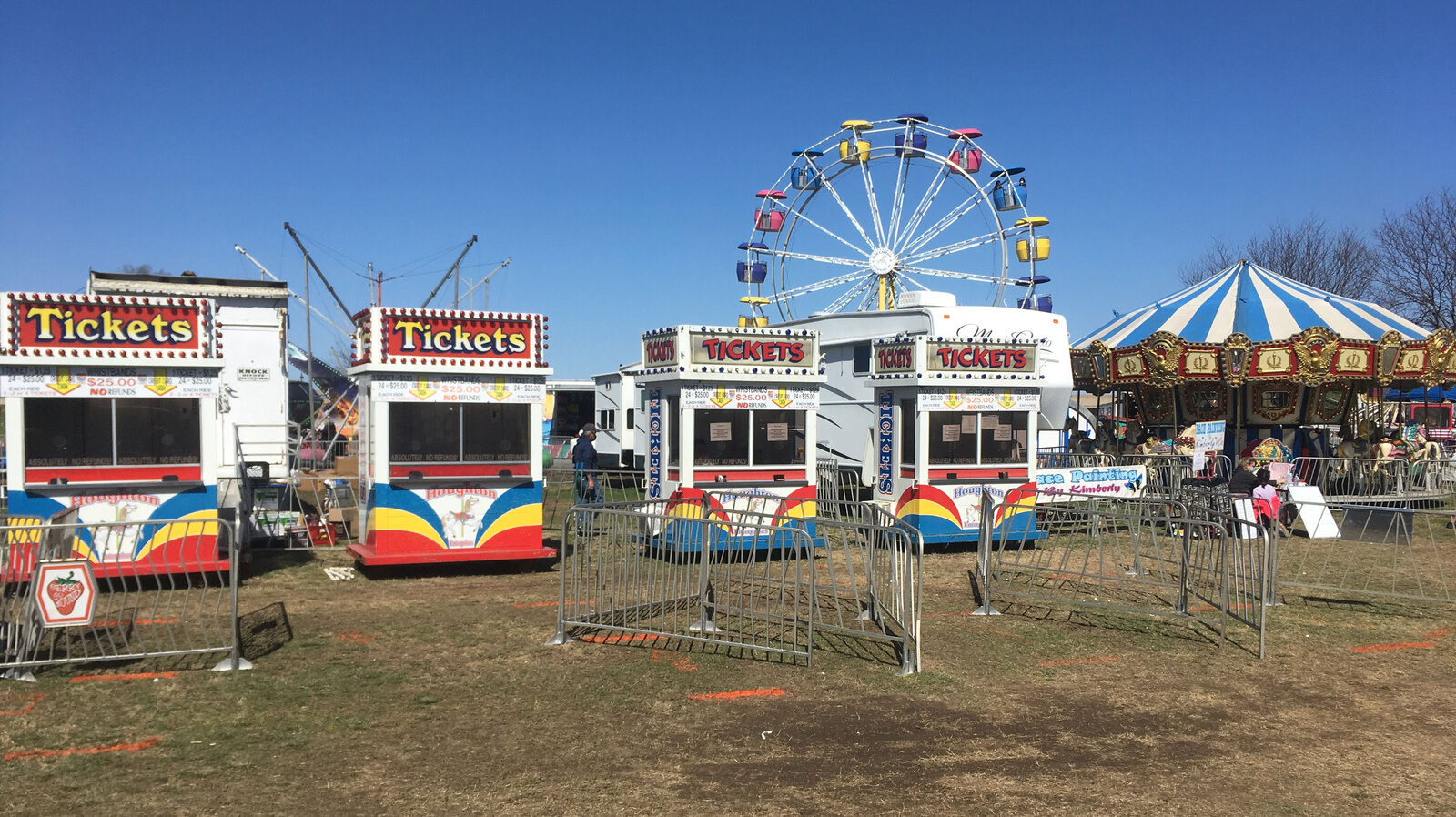 Pennsylvania-based Houghton Enterprises has also been open for the past few weeks.  Jim Houghton, owner of the company, has seen nothing but positive response from customers.  “We opened at our Easter date in Philadelphia. I t's the  49th year we've played that spot. It was absolutely phenomenal; we almost doubled the gross from our best year ever,” says Houghton.

In order to open in Philadelphia, the Houghton family had to work closely with the health department for about two months to have their covid mitigation plan approved. “Eventually, it all worked out great. We actually had to separate and fence off the food area as an almost separate entity of the midway.  Food servers had to wear masks and gloves and cooks had to have gloves on while preparing food.  But all of our food stands also did very well,” says Houghton.  Health department officials visited the site each day of the event, and Houghton reports that they were happy with what they saw.  “I think the bottom line is you have to do what you tell the health department you're going to do,” he says.

Masks were required for entry at the Philadelphia Easter event and Houghton and his family handed out masks to those who did not have one. “Now, whether they took them off or not after they got through the gate I'm not sure…but they had them on to enter. We're not the mask police but we provide the opportunity to wear one,” says Houghton. 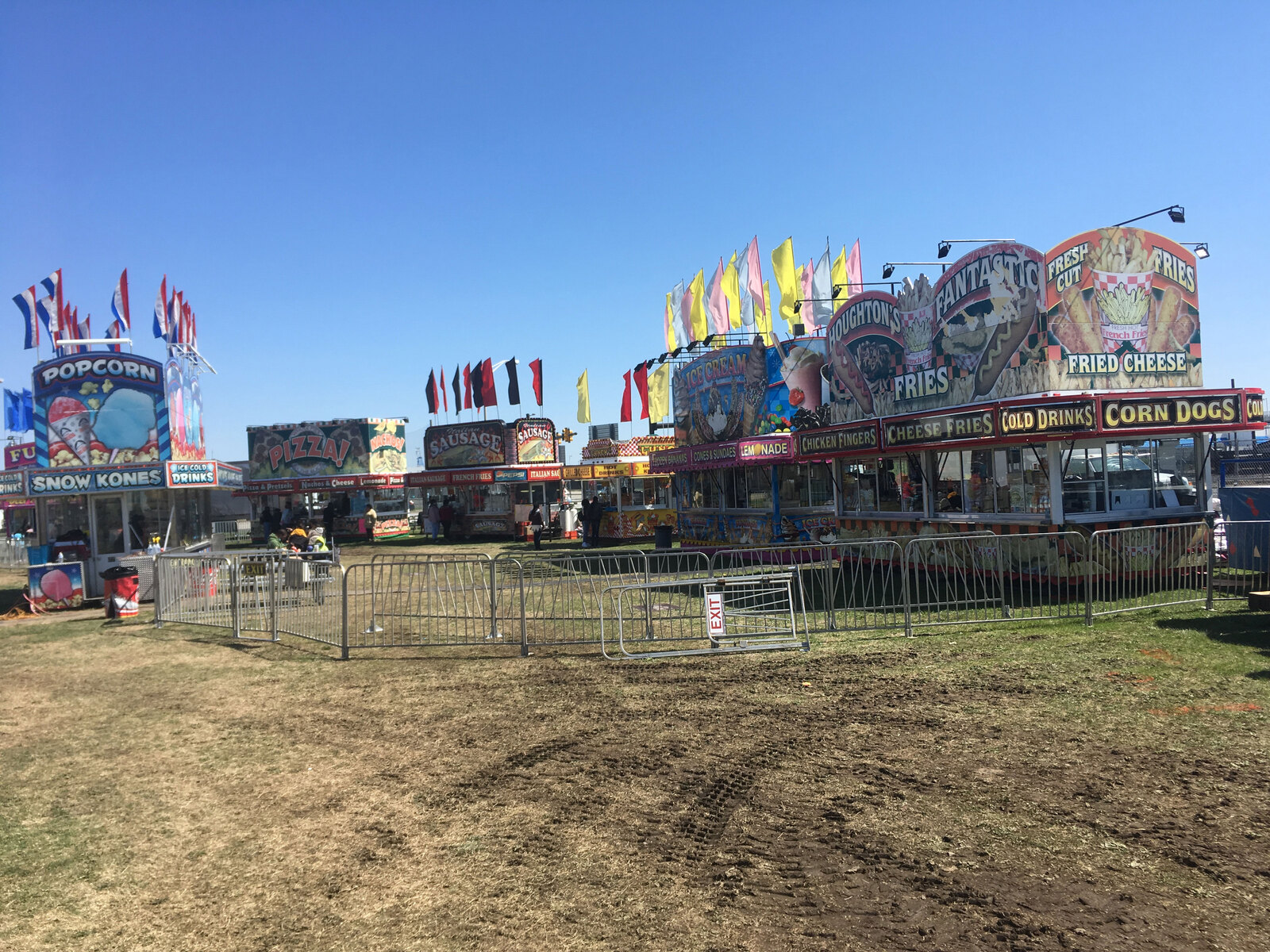 After closing in Philadelphia, Houghton Enterprises moved to Bethel, PA where they once again were able to double the gross from the last time they played the spot. “We had unbelievable lines of people waiting to buy tickets for the rides,” says Houghton. The Covid-19 mitigation requirements were not as harsh as the ones in Philadelphia, but the Houghton team still ensured their own employees were masked, provided hand sanitizing stations throughout the event, and included signage reminding patrons to keep their distance from one another.

At the time of this interview, Houghton and his family have begun setting up their third location pf 2021 in New Castle, DE. “I think this will be another great event for us,” says Houghton. “We actually had a cancellation next week and this committee in Delaware will let us stay an extra week.” All in, Houghton Enterprises had nine event cancellations on their route this year and have already  filled six of them.

Like many carnival companies, Houghton and his family have had trouble getting employees to help out now that they've reopened. Luckily, they were able to pick up 16 H2B workers just the other day. “My son and grandkids have been setting up the show by themselves and it was taking a toll on the family. Thankfully, most of our H2B workers have been with other shows so they're experienced. They're absolutely phenomenal workers,” says Houghton. Normally, Houghton Enterprises travels with 20 or more rides but they've had to cut that number down to 15-18 rides because of the previous lack of employees. Despite placing countless ads for employees at the beginning of the season, Houghton could not find dependable, interested American employees to assist this season. Jim's son, Jimmy will pick up 13 additional H2B employees in a couple of weeks to aid in his operations. 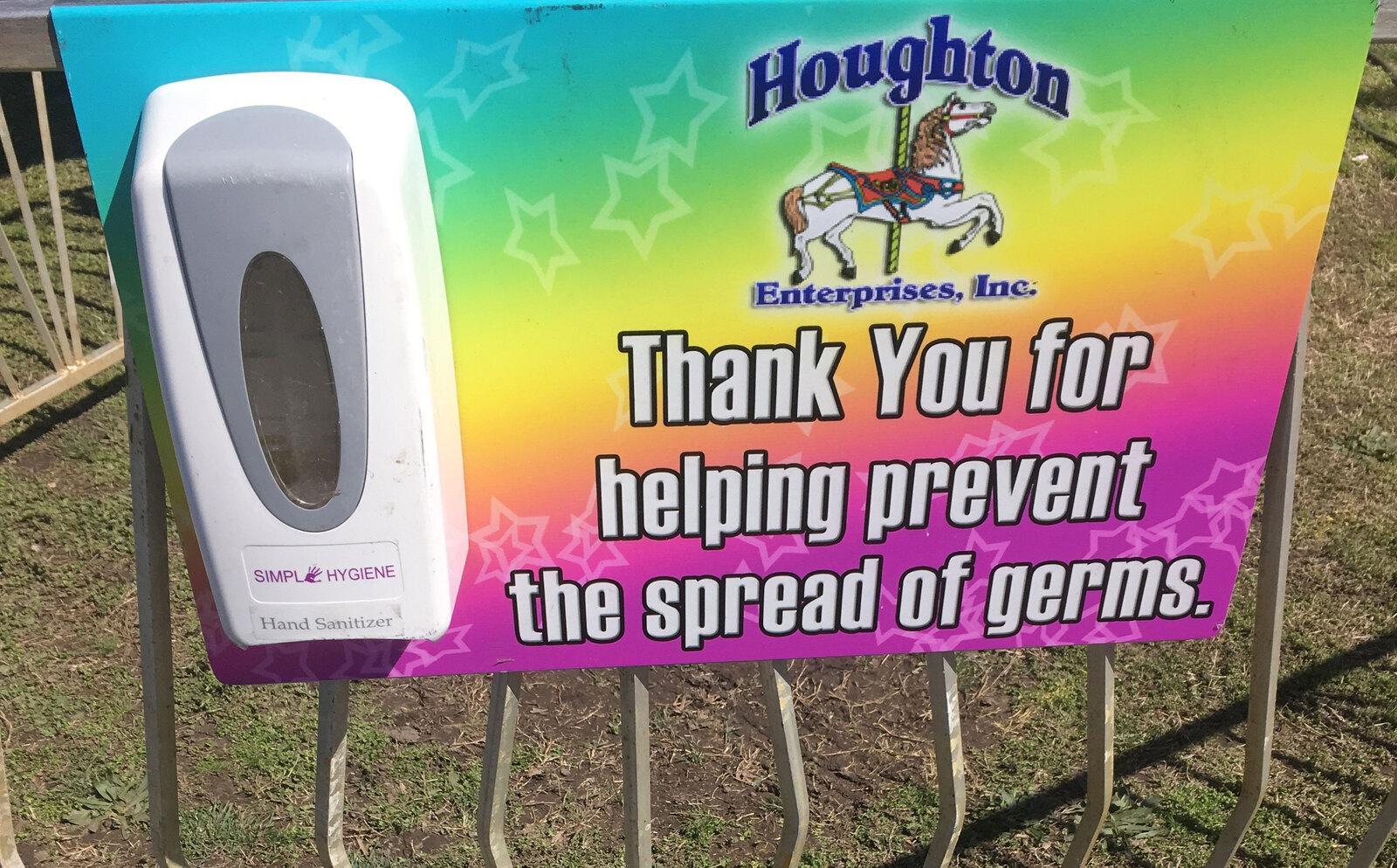 Despite route changes and Covid mitigation rules, Houghton is just glad that business is so successful and he's hoping everyone in the carnival industry can get out on the road.  The Houghton family is looking forward to the continued success of the 2021 season. 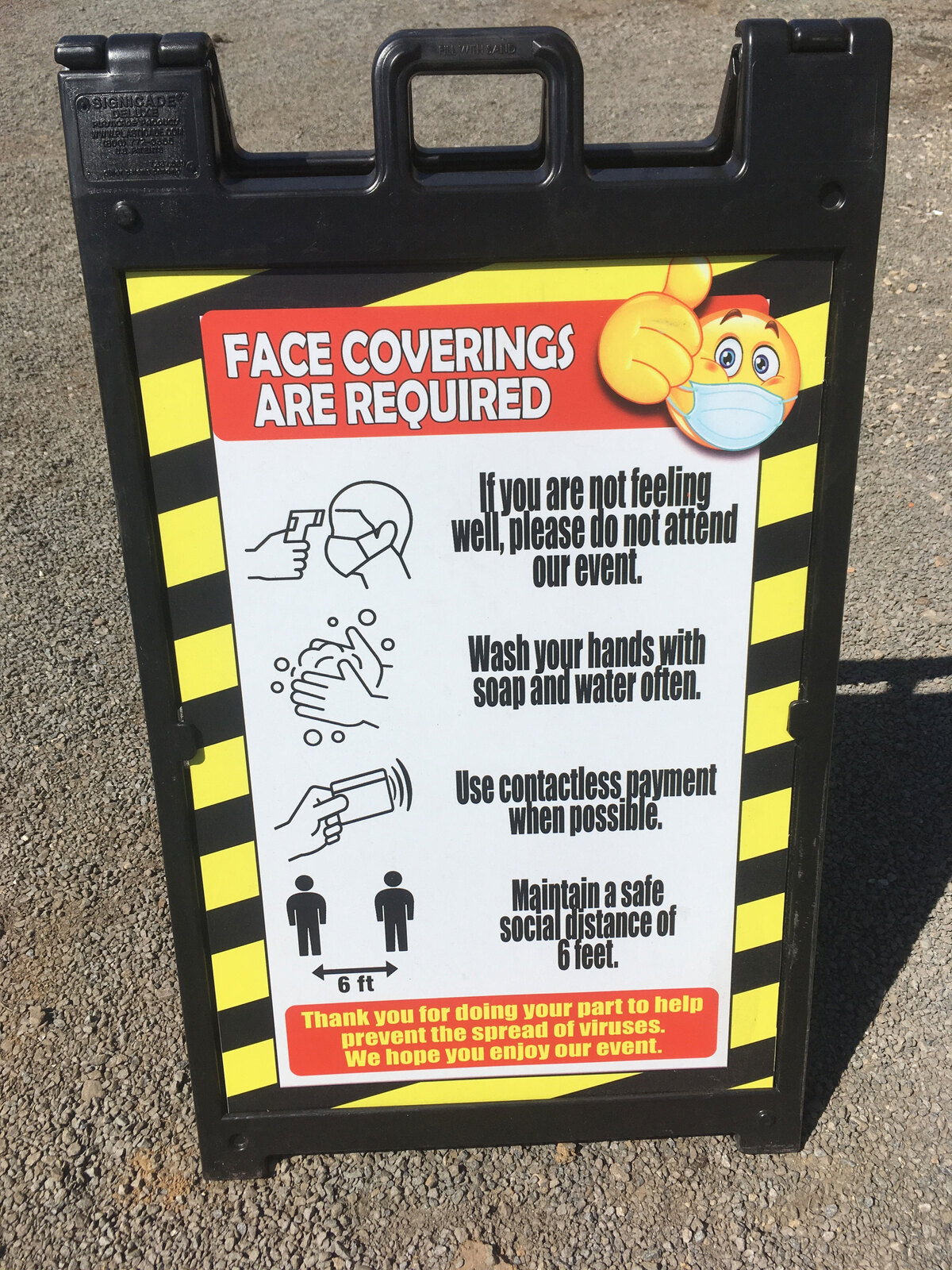 The show reported a good turn out and an increase in revenue following a year without carnivals in the area. Photo by James Maxham