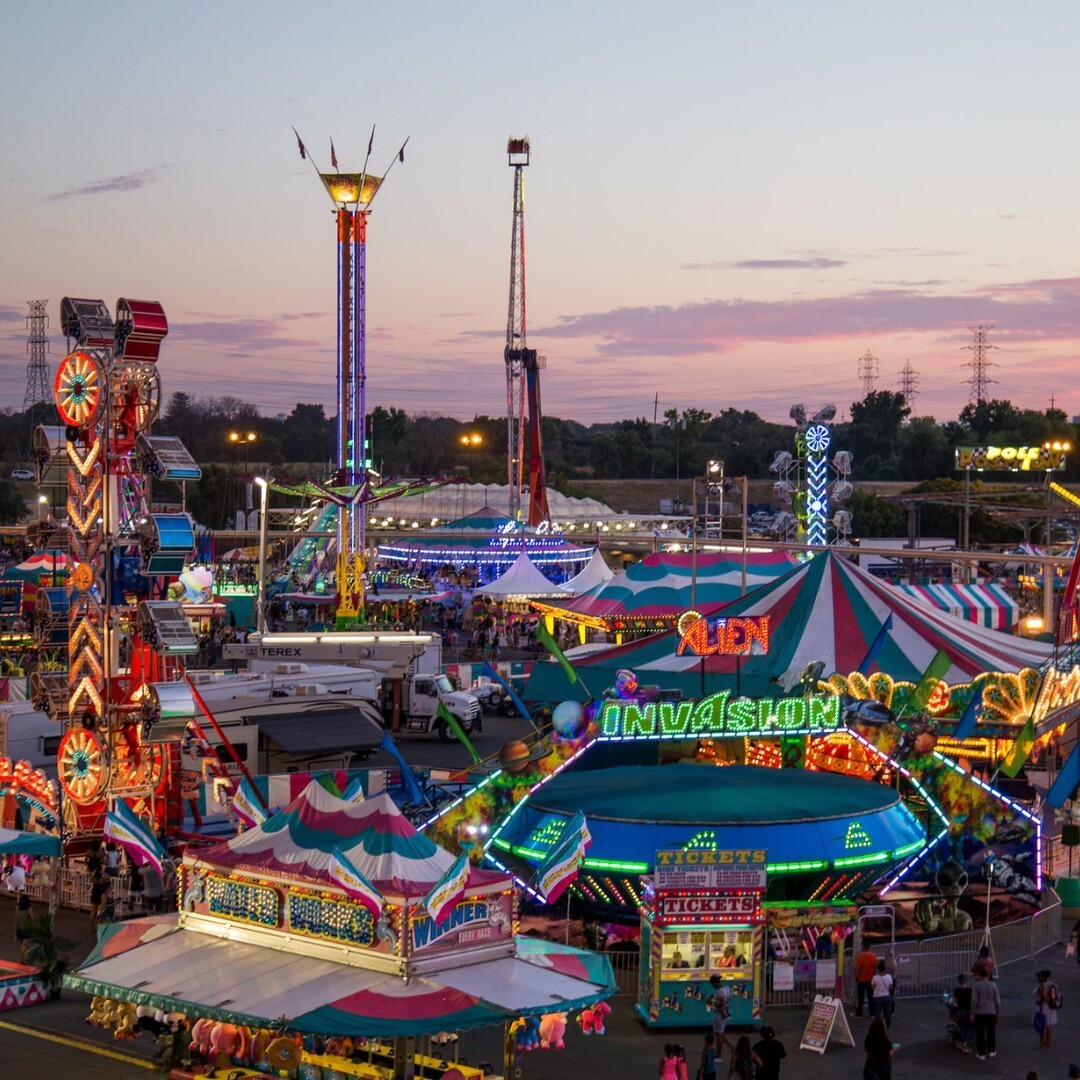 Butler Amusements on the Midway at the 2022 California State Fair

The California State Fair made a triumphant return after a two-year hiatus. Although some hot spells suppressed daytime numbers, attendance reached 652,873, an increase of 8.9 percent over the 2019 edition. “The California State Fair and Food Festival was a success on many levels, but more than anything, it was great to get everyone “back together” again – after a two year break,” said Tom Martinez, Chief Deputy General Manager, California Exposition & State Fair. “We did have some days of cooler weather on our closing weekend, which translated into larger attendance.”

California fairgoers also loosened the purse-strings and were spending on carnival rides, food and gambling – the fair showcases Thoroughbred Horse Racing, one of the most high-profile equestrian events in the state. “While an increase in attendance is wonderful, we are thrilled with the food & beverage sales, carnival ride sales, and on-track betting (California State Fair hosts nine days of live Thoroughbred Horse Racing). It appears that people wanted to visit, eat, drink, and immerse themselves in the programming and entertainment throughout the state fairgrounds. Adding “Food Festival” to our name also increased excitement amongst our Foodie community.” 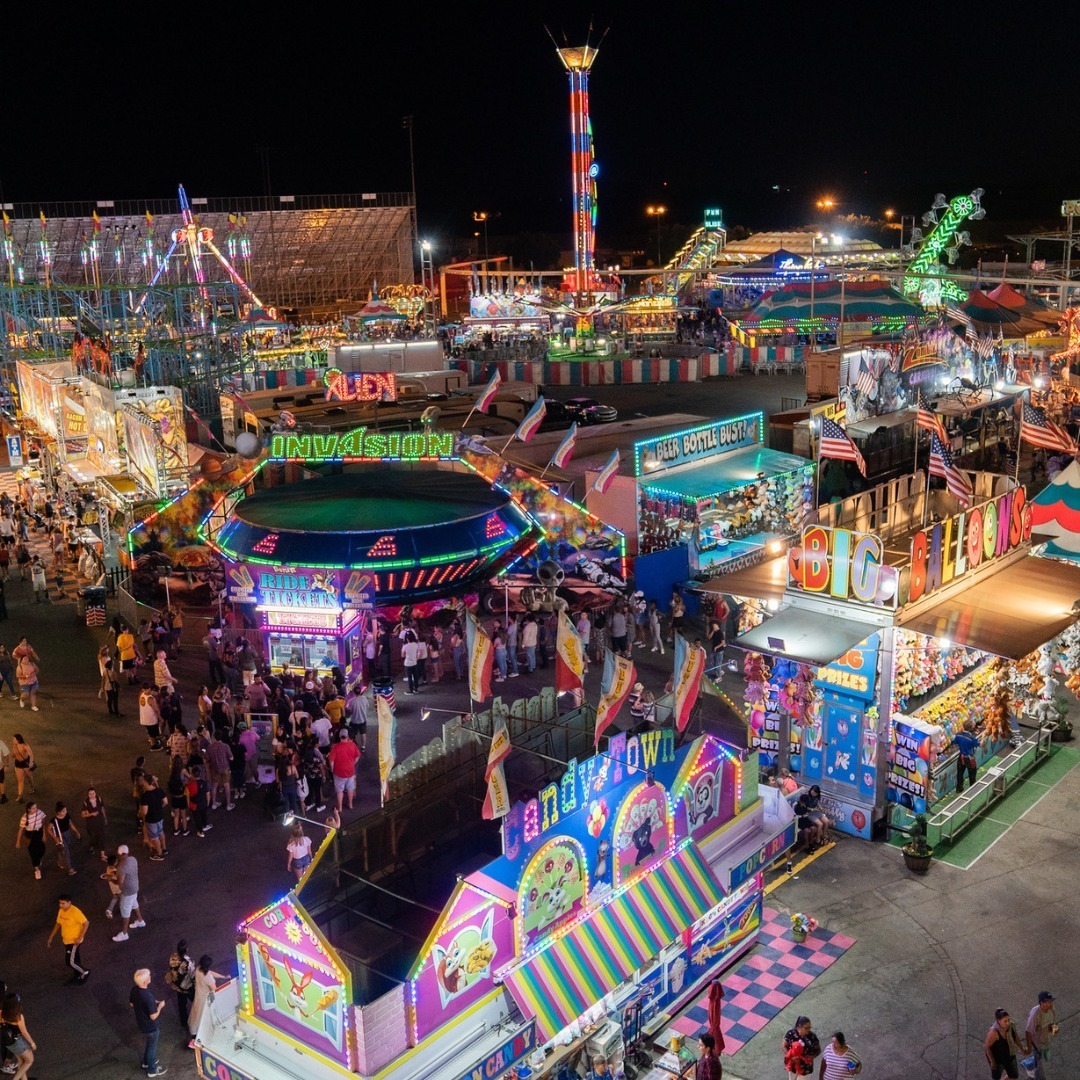 Staffing shortages – which plagued all sectors of the fair – was instrumental in reducing the hours of the midway, which featured top-grossing rides the Giant Gondola Wheel, the Ex Scream Machine Roller Coaster and the White Water Flume ride. “Compared to 2019 our ride gross increased approximately 7.5 percent,” said Andrea Stillwell, Marketing Director, Butler Amusements. “Our Kidland hours were reduced by 2 hours on Mondays, Wednesdays, Thursdays and Fridays. The change of hours effectively provided our employees more reasonable working hours daily, and additional down time which is especially necessary during the 17 day long fair when temperatures often soar over 100 degrees.”

Limiting hours and rearranging schedules may have been a direct result of labor shortages, but operationally the new arrangement worked so well Butler has implemented it at other fairs. “Our midway, even after the reduction of hours, was still operating at minimum 9-hours-per- day, which allows for customers to get an excellent value from our most popular of promotions- Pay One Price wristbands. We are looking at implementing the reduced midway hours at some of our other fairs to create more efficient events.” 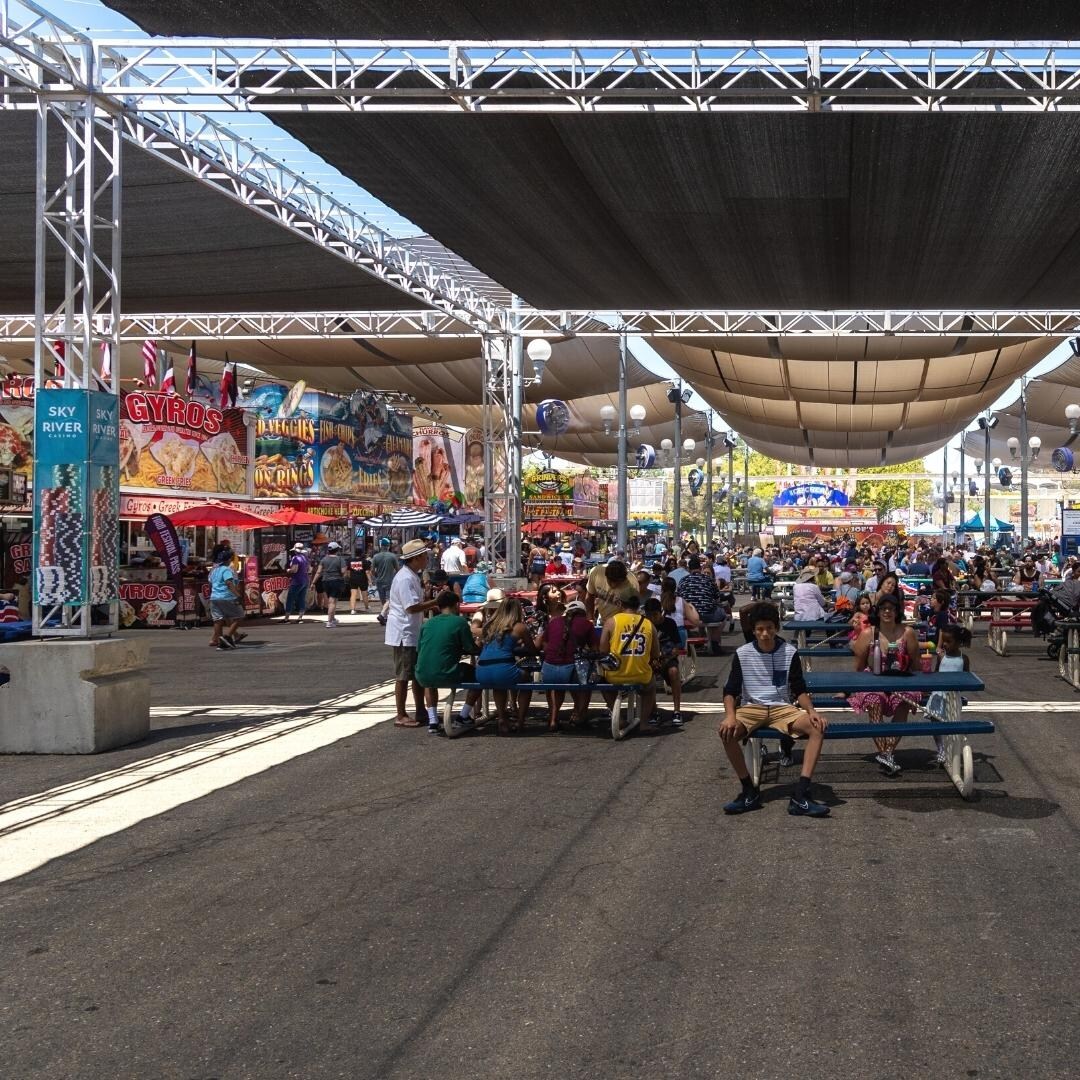 Marketing the fair was another challenge – how to sum up a grandstand lineup with TLC, Chaka Khan, KC & the Sunshine Band, Mariachi Vargas, and Smash Mouth – as well the food, rides and the first ever Cannabis Awards at the fair?

The joy of reunion was the tact taken – “Back Together” – COVID made the fair absent, and the California State Fair guessed that fairgoer hearts had grown fonder during lockdown. Also, the fair implemented new security protocols and marketing needed to incorporate messaging to prepare fairgoers for the change.

“Our marketing budget was increased this year to allow for earlier outreach and education of fairgoers, especially as it related to our newest safety policies regarding Clear Bags and Unaccompanied Minors,” he said. 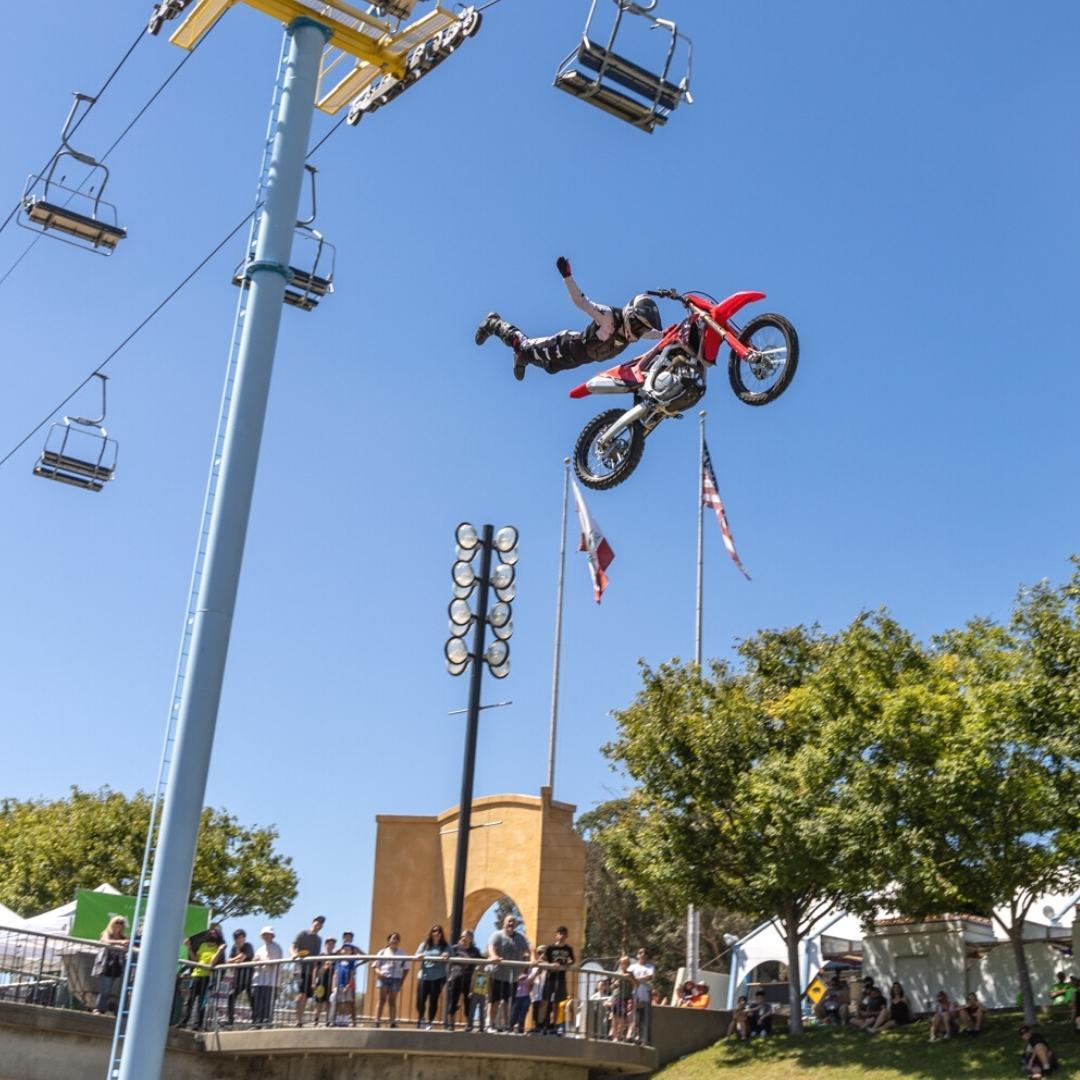 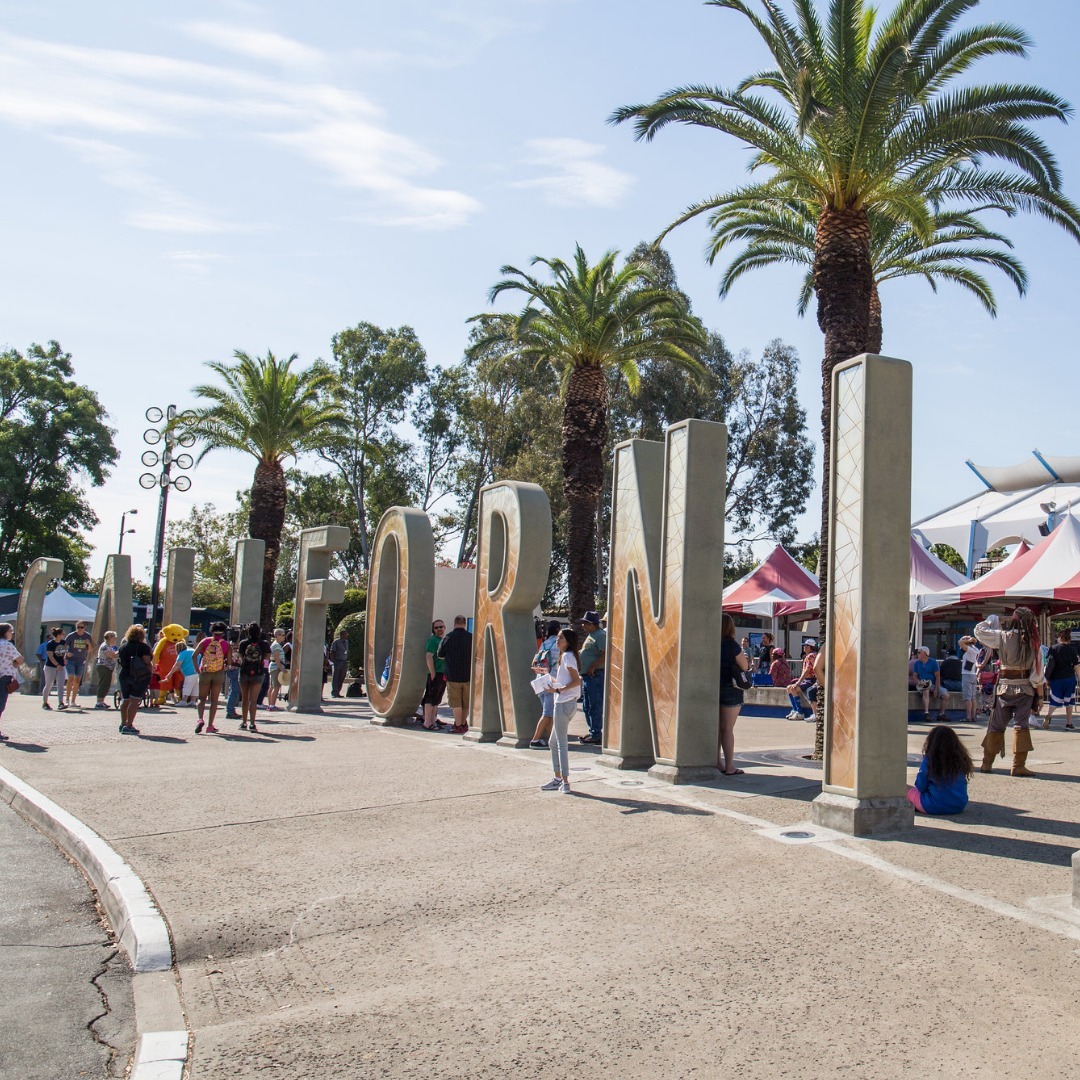 Cannabis – what used to be known as marijuana – is now legal for recreational use in 19 states. California may not have been the first, but ever since legalizing in 2016 the state has become a leader in the sale and cultivation of cannabis.

Cultivar Strategies – a licensed cannabis event producer – was selected by Cal-Expo to create the first Cannabis Exhibition & Awards competition, which received more than 300 entries. The actual competition differed from other awards at the fair in that no consumption took place and the criteria and its assessment was all “scientific based”, utilizing a cannabis and hemp testing lab.

According to Tom Martinez, Chief Deputy General Manager, California Exposition & State Fair, a tone of agricultural solidarity was struck for a substance that is still illegal under federal law. “The California State Fair has celebrated the past and present of California for more than 165 years, especially as it relates to Agriculture. The State Fair also feels just as strongly about highlighting potential future trends. In that same light, the California State Fair wanted to provide a forum to celebrate the state's fastest growing agriculture product, just as we do Wine, Cheese, Craft Brew, and Olive Oil.”

In 2019, the California State Fair was the 28th largest fair in the U.S., according to Carnival Warehouse and in a state with 78 agricultural fairs, based in the state capitol, as its name indicates; it's the only statewide fair in California, with – 56 counties of the state's 58 counties participating.  The return of this event sends a clear signal that California is back in the fair business. “After not having a fair because of COVID restrictions in 2020 and 2021, the CA State Fair team had to forge ahead into the unknown territory of hosting the fair in a post-COVID landscape. However, in the end, the State Fair team produced a safe and fun community event that connected people from all over the great state of California.” 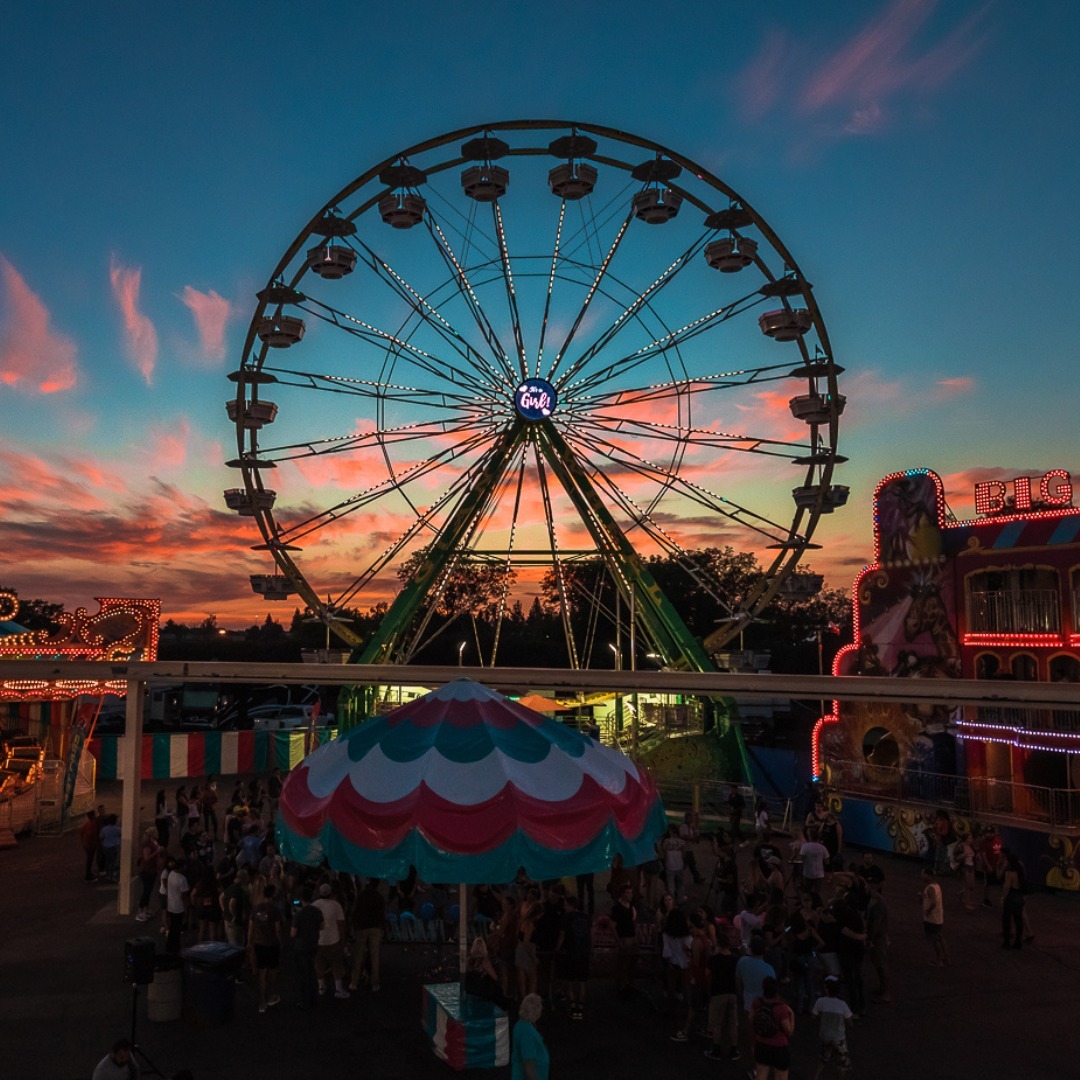 Butler Amusements on the Midway at the 2022 California State Fair