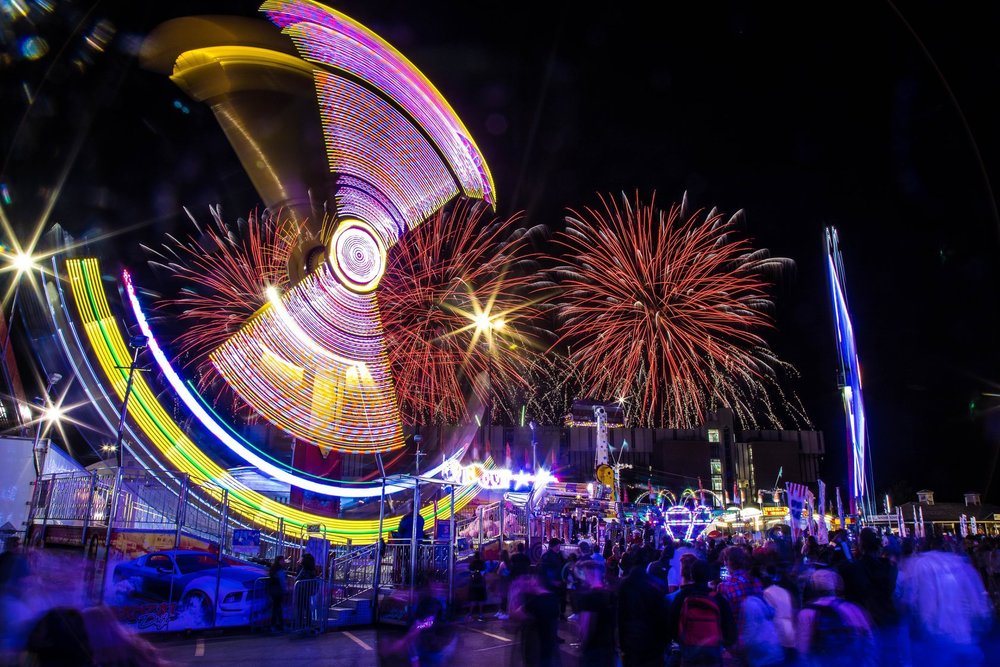 Billed as the Greatest Outdoor Show on Earth, the Stampede saw record-breaking attendance days and a total attendance of was 1,275,465, the second highest turnout in its history. The record is still held by the 2012 Centennial Stampede, but perhaps more tellingly – 2019's second place replaced the previous silver medal holder – 2018.

Three Year Trend
“We've had a bit of a dip after 2012, which was our centennial, and the next year 2013, which was a flood year,” said Jennifer Booth, Manager, Public Relations, Calgary Stampede.

Attendance didn't start picking up until 2016, and in 2017 “we had awesome attendance.”

Part of the post-centennial setback might be attributed to the Canadian economy, which remained in a recession longer than the U.S., exacerbated by declines in the fuel industry, a major source of jobs and revenue for the Alberta region. The economy has shown some improvement, “but I don't think the economy is better this year than last year, it's a tough period for a lot of people, but we feel the Stampede offers a reprieve. Families budget for the stampede, everybody gets into the spirit.”

“The stampede is ingrained in you if you're a Calgarian,” said Scooter Korek, Vice President of Client Services, North American Midway Entertainment (NAME). “You really don't see the kind of support for a fair like you see for the Calgary Stampede. People there feel a real responsibility for the Stampede. Everybody dresses in western wear, blue jeans and cowboy boots. It goes throughout the community, people have barbecues and parties, it's amazing.”

Data released by Calgary Stampede organizers bore this out, with 65 per cent of attendees “likely to return” for the Stampede and 96 per cent “believe that the Stampede is part of Calgary's unique identity.”

The weather certainly enhanced the community support, with a close, nearly supernatural, call on opening day with its high-profile Calgary Stampede Parade. “The weather forecast was for doom and gloom,” said Booth. “There's an ongoing  superstition that it never rained on Parade Day, but it was raining an all morning up until 10 minutes before the parade started, and the skies cleared up and it was very pretty outside. So, it didn't rain on our parade.”
Another record-breaking day was a Tuesday – McDonald's Community Day – reaching 129, 977.

On the NAME Midway, Korek said it was near-record revenue and notably, also in online sales. “We had a good Stampede. The Advance Sale was very close, it was close to a record for the Stampede. “The first four days the weather was very good, but it got a little windy and rainy on other days.”

The other “record” so to speak was a record number of rides – 61 rides, “it was one or two more than last year, so that was a record,” said Korek. “You are limited by space, but we are inventive.”

Part of the inventiveness was a redesign of the Calgary Stampede midway, which opened up “the back of the house” line up. The new ride was the Star Dancer, which “was a complete home run,” said Korek, who added that otherwise “we brought our regular arsenal. The Crazy Mouse and Niagara Falls Flume Ride were the most popular. The Polar Express Music Ride did very well.”

Korek participated in a fun sponsorship promotion: Stranger Things 3 X Calgary Stampede – which tied into the new season of this popular streaming series. Stranger Things, now in its third season, follows a group of adolescents in 1985 in the fictional Midwest town of Hawkins -- and, as the title indicates – very strange things happen, such as creepy monsters. The tie in with the Netflix series was a fair within a fair – the Hawkins Fun Fair – and included 33 activation sites, according to Korek, with a Stranger Things Fun House, The Spider, Stranger Slide, and the Hawkins Fun Fair Giant Wheel. “We went into partnership with the fair, had six of the activations on the midway,” said Korek.

While recreating a television show on the fairgrounds was an innovative sponsorship, thinking outside the box is par for the course for this North Country fair. “They are always trying new promotions and entertainment,” said Korek. “This year, they brought in a lot of new promotions, they really know their demographics. They did an unparalleled job with their programing, it was exceptional,”

The programming had a two-fold approach – enhancing the core rodeo/agricultural western theme of the stampede but at the same time adding new programing that expands the fair's appeal. An example of the latter was a new act, Giants of Light, which creates moving light sculptures. An example of the former was a finale event, Bulls After Dark, which featured “bull freestyling riding.

Another new twist was for the closing show that seemed to blend both the old and new Calgary Stampede was its Grandstand Show: “Trailblazer,” a retro extravaganza that recreated the old wild west shows. The master of ceremonies was Onalea, a Calgary native but now a New York-based actress and cross-over artist. The spectacle featured musical mashups, world class aerial acrobats Alyssa McCraw and Timber Brown, and direct from Argentina, the Malambo Gauchos, who presented a fiery tribute to the South American cowboy.

Grammy and Emmy award winning creative producer Dave Pierce returned again to push the limits of outdoor performance art. “Each year we try to top the last,” says Pierce. “This year we are creating a spectacle that sees multiple individual acts on stage all at once, performing in unison with 130 young Canadians. A show of this scale has never been seen at the Calgary Stampede.”

Booth oversaw a just as innovative marketing plan, which started with a deceptively simple tagline – Yahoo. “The term is synonymous with the Rodeo,” said Booth. “Everything about the Rodeo seems to bubble up in this simple phrase, so we really ran with it.”

Yahoo became incorporated in a series of Experiential Marketing, a new concept in marketing that seeks to engage consumers by creating brand experiences.  Some of the Yahoo stunts were handing out fliers and signs from a Yahoo/Stampede ice cream truck, and creating an art installation in a public park that promoted Yahoo, which of course was also a photo-op station. “One of things we tried doing was to engage with the audience a little more, reaching out to directly to the consumer.”

While not as much innovation as logical sense, Booth said the social media component of the 2019 Yahoo campaign emphasized response. “We were more responsive on social media, directly engaging with the audience, whether or not they had a criticism or a complemented. I think people are just more appreciative when people are listening.”
The concert headliners for 2019 were stellar, top-notch fair musicians, and included Tim McGraw and Sugarland. Is Canada experiencing the same sort of booking constraints and severe seller's market conditions still bedeviling the American market?

“The talent buying landscaped in 2019 looked a lot like last year,” said Kyle Corner, Calgary Stampede Programing Manager. “There still is plenty of great entertainment to select from, but if there is a challenge it is with routing from other major summer events. There are a few festivals in other markets which have folded over the years that we would have routed off of in the past. But our great relationships with agents and artists has allowed us to continue to program concert lineups we can be proud of.”

Fair Food Fusions
The Calgary Stampede featured a remarkable 175 food vendors – which Booth said was about two or three more vendors than 2018.  More than 90 new food items were featured at the Calgary Stampede, but that was by design. “We encourage our vendors to come up with new foods, and that has has grown every year.”

The most memorable – and popular – was a BBQ Octopus leg. “An emerging trend is taking the old fashioned fair food item, and putting a new spin on it with a fusion with another food item,” said Booth. “A popular food this year was a corn dog but covered in Ramen Noodles.”

A new vendor – a purveyor of Filipino food – did notable business – “They sold out of everything twice, they were very popular,” added Booth.

The Calgary Stampede soaring, second highest attendance overcame tragedy and negative publicity, a horse fatality that occurred during one of the most famous Calgary Stampede events, the Chuck Wagon race.

The death occurred as the result of a Chuck Wagon collision that involved three wagons. The other horses involved sustained minor injuries. The incident received wide coverage, and animal rights activists called for the banning of the event. For first time in the history of the Calgary Stampede, the event disqualified one Chuck Wagon driver, Chad Harden, ruling he intentionally impeded the wagon of another driver, which caused the accident. The Chuck Wagon Safety Commission reviewed the incident and determined Harden would be disqualified from racing for the remainder of the 2019 Calgary Stampede and fined $10,000. A disqualification also means he will not be invited to compete in the future.

Calgary Stampede CEO Warren Connell, released a statement saying the organization as a whole is “deeply saddened” by the incident. “We live and work as a family committed to the well-being of our beloved animals, and this type of incident impacts us deeply to the core,” Connell said. “As part of our commitment to keeping Stampede as safe as possible for animals and humans alike, our organization has a stringent zero-tolerance policy … for preventable injuries.” 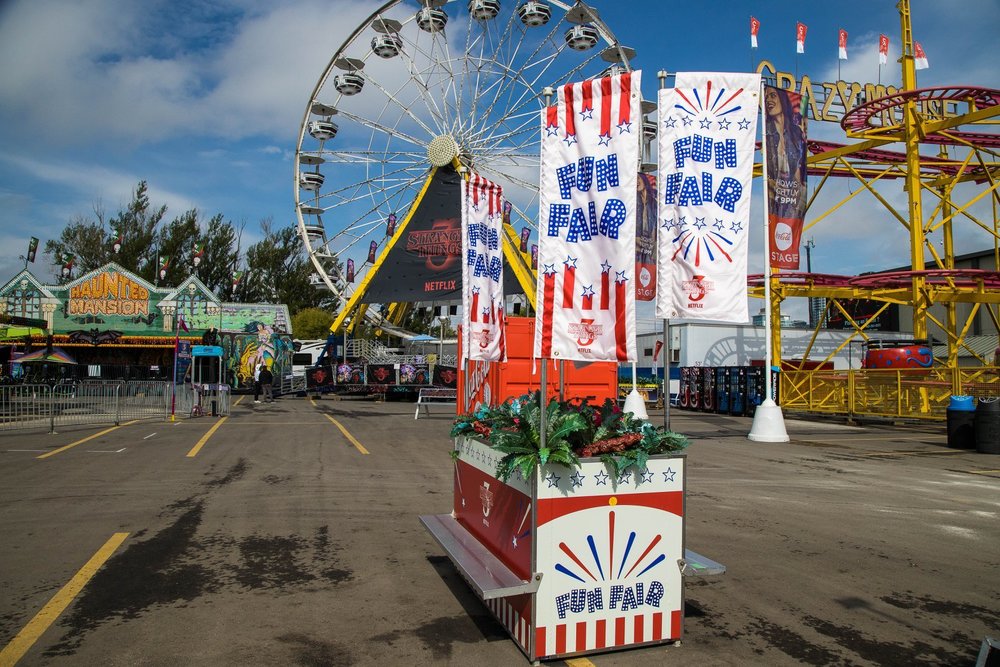 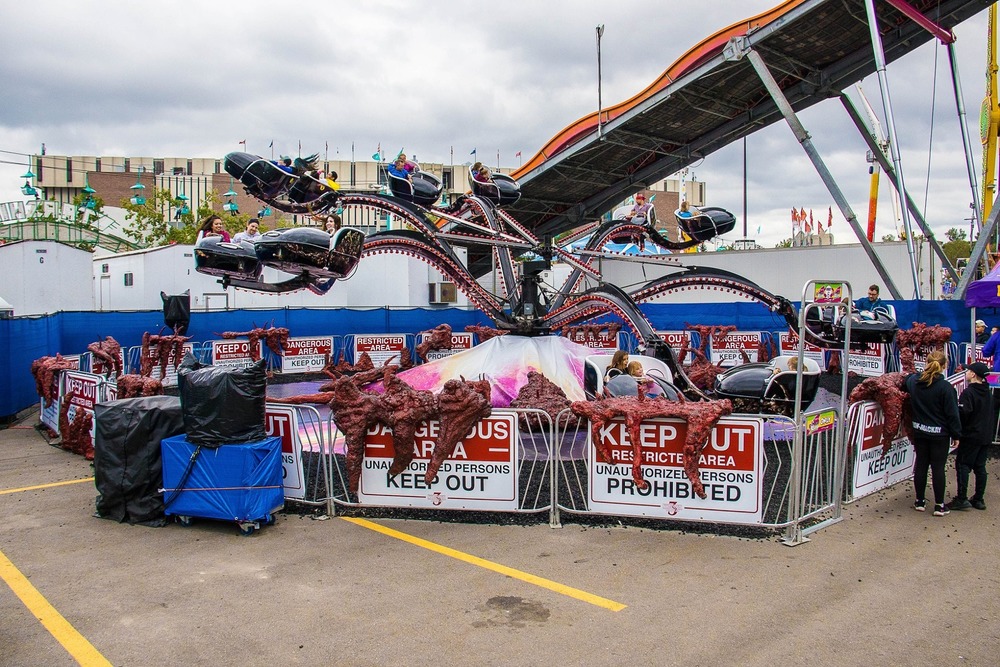 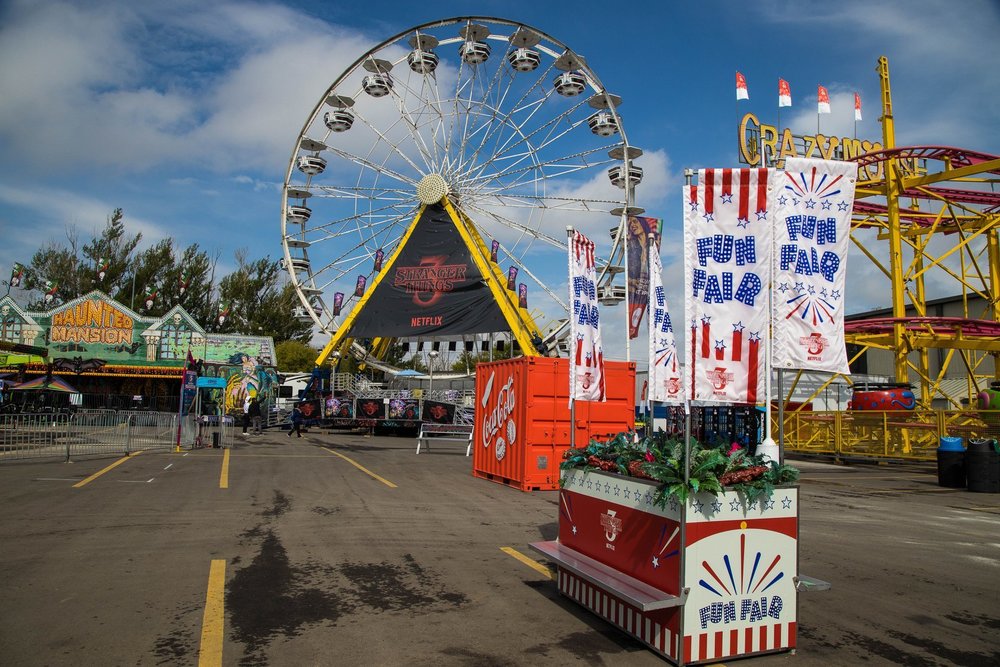 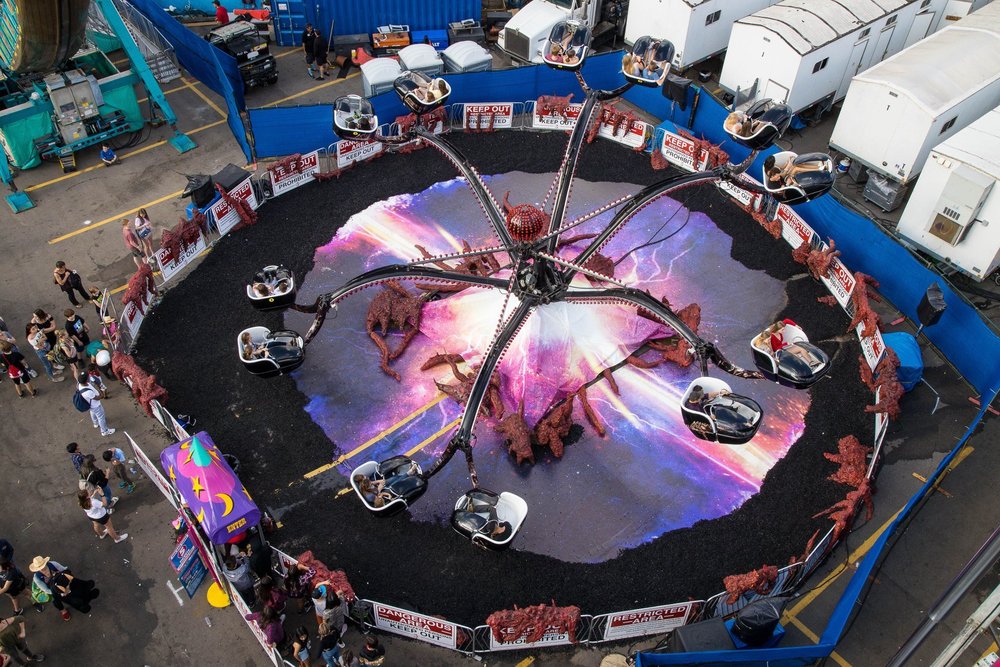 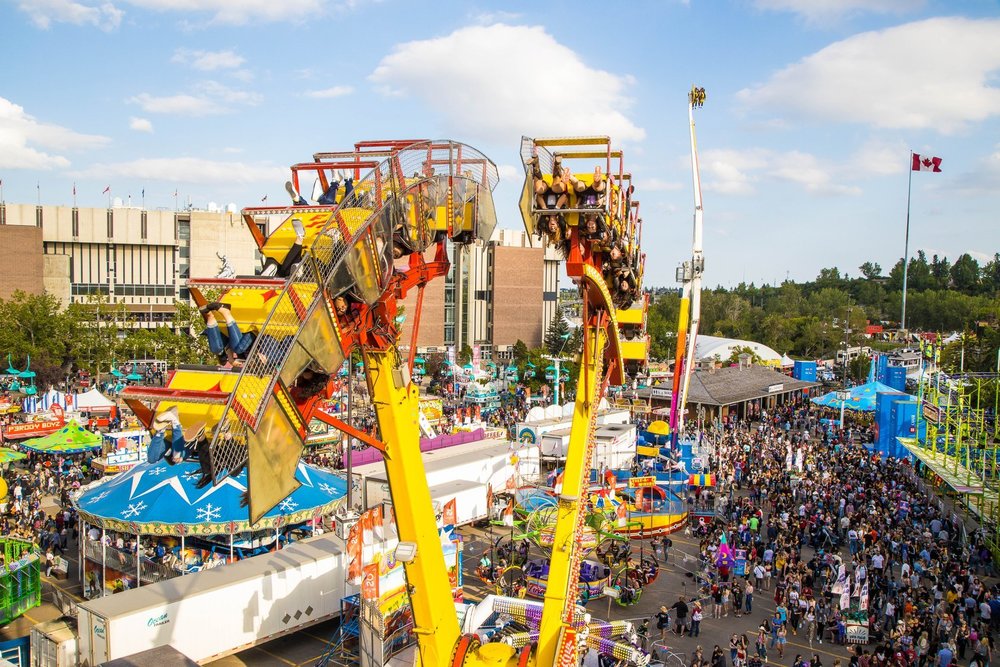 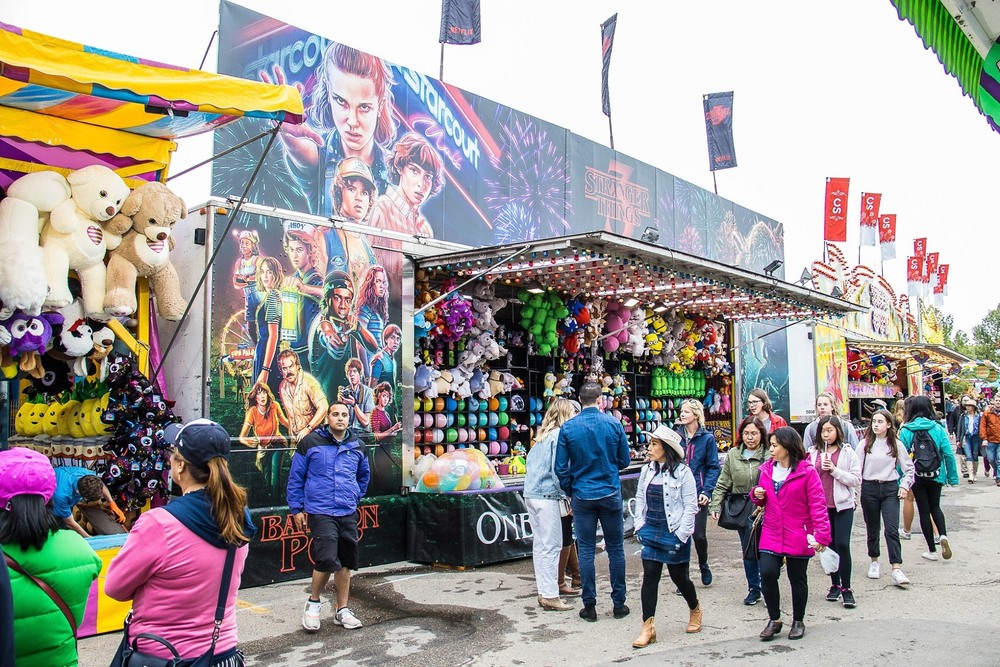 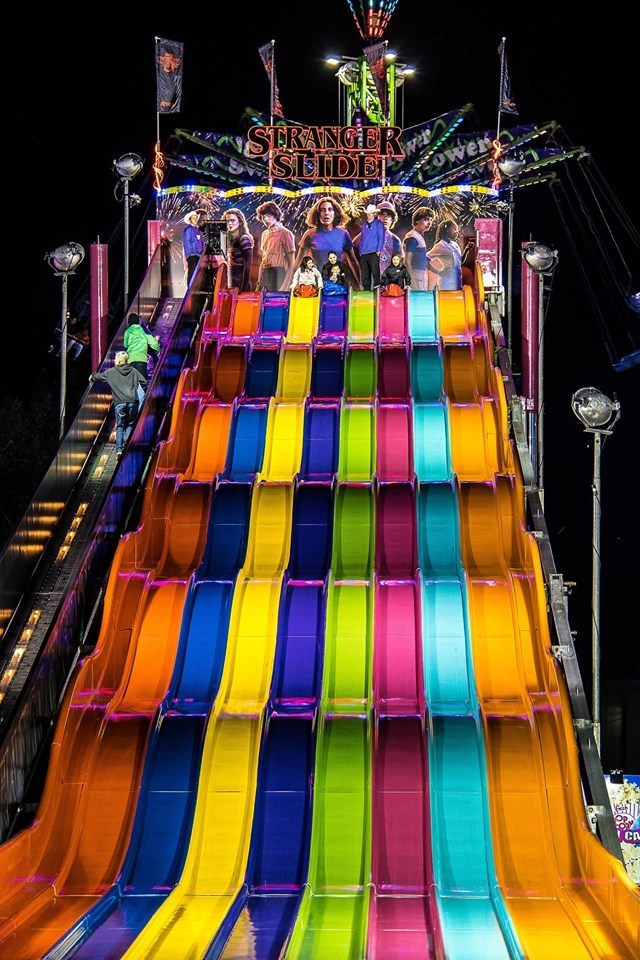