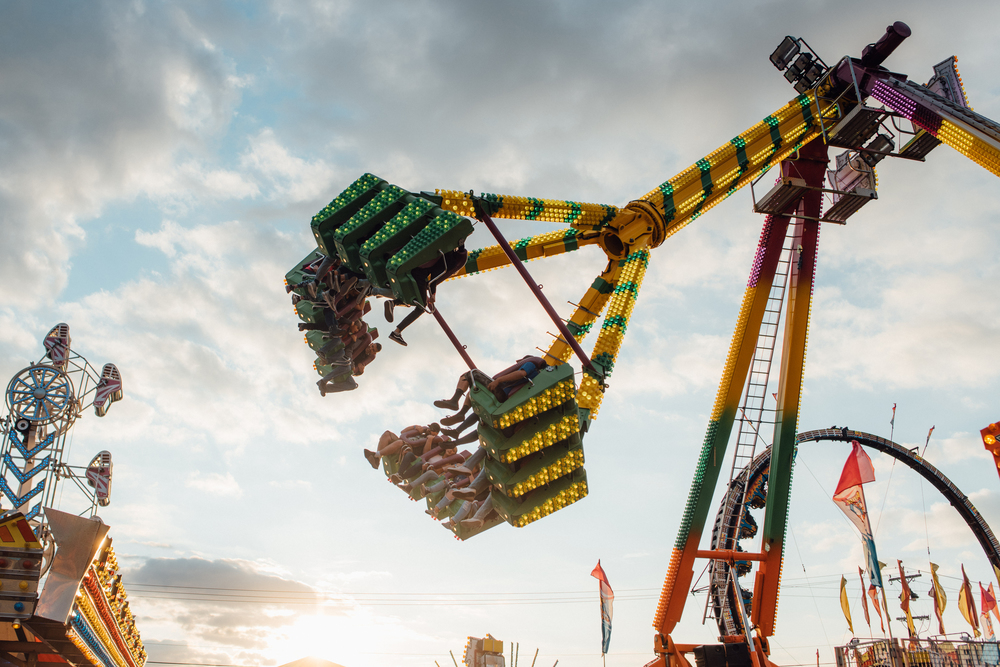 From rodeo riders to duck races, from lumberjack contests to pie eating, the Evergreen State Fair held in Monroe, Wash., offered something for everyone this year. That may be at least partly the reason why the fair broke its attendance record by almost 5,000 people this year. Daily traffic ranged from 19,000 to 52,000 visitors, with a final number of attendees at around 355,600.

The increase was also attributed to digital marketing, new offerings, and a population rise in Snohomish County.
This year’s fair theme was Jam Packed Fun. Admission prices were $14 for adults ages 13-61; $10 for seniors up to age 89 – and free for those 90-plus, $10 for active military and kids over 5. Kids under 5 years old were free. On opening day, admission was free until 3 p.m. with a non-perishable food item donation.

Some of the most popular new spots included added beer and wine gardens, and an expanded Maker’s Market showcasing artisanal goods from throughout the region according to county parks spokesperson Shannon Hays said. Interim fair manager Jeremy Husby threw in great weather this year, and a lack of wildfire smoke which has hampered turnout in the past.

Asked what were the fair’s most popular event, Husby calls the sold-out Bretty Young concert a big success with 5,000 attendees; also popular was a concert by the Newsboys, the demolition derby, and the fair’s rodeo.

Husby says “There is something for everyone to enjoy and delight in from monster trucks to baby piglets.”

Hays notes that the fair attendance has been trending up for the last few years. The fair focuses on traditional fun from fried foods to ferris wheel rides, and adds new experiences as well, such a beekeeping demonstration, to keep the event fresh.

With that in mind, there were daily Aztec Indian Dances; a concert lineup that along with Brett Young and Newsboys, also included SWITCHFOOT, Steppenwolf Revisited and Aloe Blacc. Contests included pie eating, water balloon toss, a diaper derby, and even a belching contest.

Concerts provided new amenities this year, allowing beer and wine in the grandstand section; providing an alcohol-free family section, and VIP floor chairs and bleachers with access to the beer and wine garden. All grandstand seats were festival seating, priced at $20-30, including fair admission.

The Western Regional Clydesdale Show and Washington Draft Horse and Mule Extravaganza, free with fair admission in the arena, had strong appeal. There were a variety of events in the equestrian arena that also included the 4H Horse events, the ProWest Rodeo, and Snohomish County Western Games.

Fireworks showed up in the night sky on the fair’s opening day, after the Monster Truck Show, and after the Demolition Derby.

The International Lumberjack Show took place up to three times daily; a petting zoo, pony rides from the Great American Entertainment Company, and Speedway events from carts and MX to NASCAR and Auto Cross had strong appeal at the fair.

This year, the carnival was run by Butler Amusements, and included 8 kiddie rides, 7 family rides, and 22 thrill rides. Unlimited Ride Wristbands were $30 with advance online purchase, $35 at the fair. Individual tickets were $1, and priced at $24 for a sheet of 27, $70 for a sheet of 80, and $100 for a sheet of 120 tickets. 3-5 tickets were required per ride. Among the most popular rides were some of Butler’s newest attractions, the Super Shot Drop Tower, with its significant G-force sensation and 90-foot tower; and a KMG-manufactured Freak Out.

Making a return successful appearance were the Great American Duck Races, held four times daily; the Morning of Dreams event also returned, an experience for children and adults with disabilities or special needs who wished to enjoy the fair in a calmer environment.

On the courtyard stage, everything from a Reptileman to a Navy Band entertained fair guests. Roving entertainment around the grounds included a balloon twister and comic.

Kid-centric events such as the Farmer for a Day Display, which allowed small fair visitors to be a farmer in an interactive display were also popular.

There were over 24,000 fair entries of arts, crafts and food items; the Sky Valley Antique Tractor Display, and a Western Heritage Museum focusing on Northwest Washington history including logging, mining, and agriculture.

Saturday, August 24th brought the Monroe Fair Days Parade to the area; the Arthur Murray Dance Studio provided lessons and demos, and hog calling were all part of the fair fun. Attendees also learned to plant their own kale, participate in a fried chicken contest – one of 260 food competitions at the fair, and visited the 611 East Flying Heritage & Combat Armor Museum Display. A first at the fair: goat yoga, promoted as “baamaste.”

As with most state fairs, animal exhibits were a huge attraction, tying into the region’s agricultural roots. Goat milking, llamas, and piglets were all strong draws.

The Evergreen State Fair is the largest county fair in the Pacific Northwest, and the single largest attraction held in Snohomish County. The fair has been a mainstay in the area for 111 years. 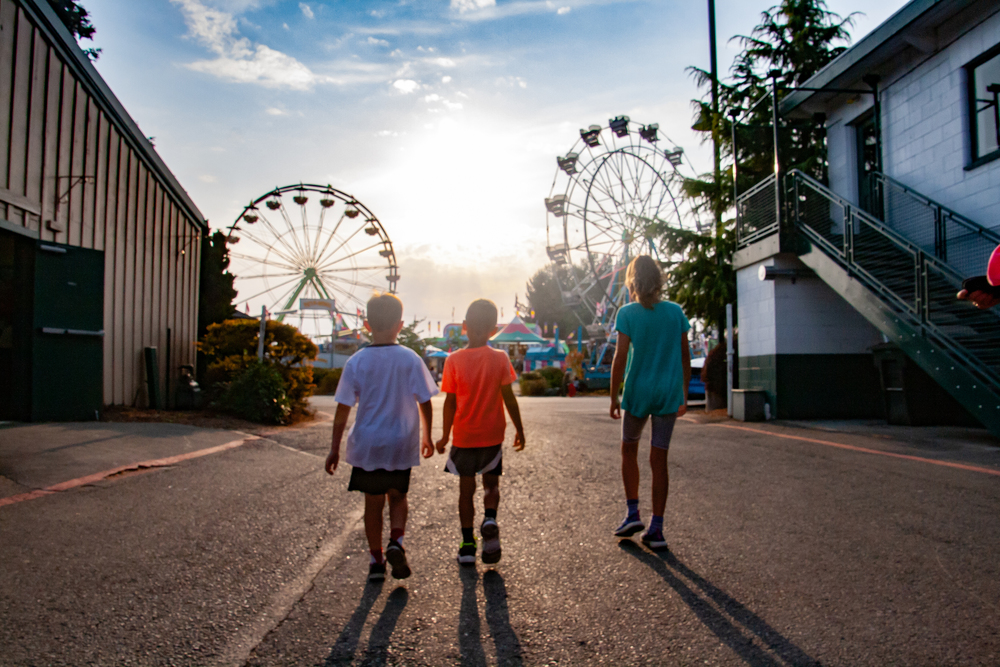