B. Original Foods: All Prepped for Post Pandemic Midways

If COVID taught Marc Janas anything, it was not to take anything for granted. Janas, with Tiffany, his wife – “my life and business partner” – are Food & Game concessionaires, especially known for B. Original Foods, an exclusive line of midway cuisine. The company helps provides the the games & food component for Powers Great American Midways, but the cancellation culture that descended on the fair industry for most of 2020 disrupted the business as usual routines everyone one was used to.

“Do not take anything for granted, that's what we learned from COVID,” said Janas. “But this a great industry and we got through it and now, it's going to be a huge year. People want to go out to the movies theaters and other places, and they want to get out and interact with the carnival and midway when we come to town.”
Last year started typically enough for, B. Original Foods playing Florida dates in January and February. By March, the world changed and at the time, initial announcements by officials were more optimistic. “Everyone first thought the shutdown would only last a week or two. But we still had to make a living, and we needed to work, we wanted to work.” 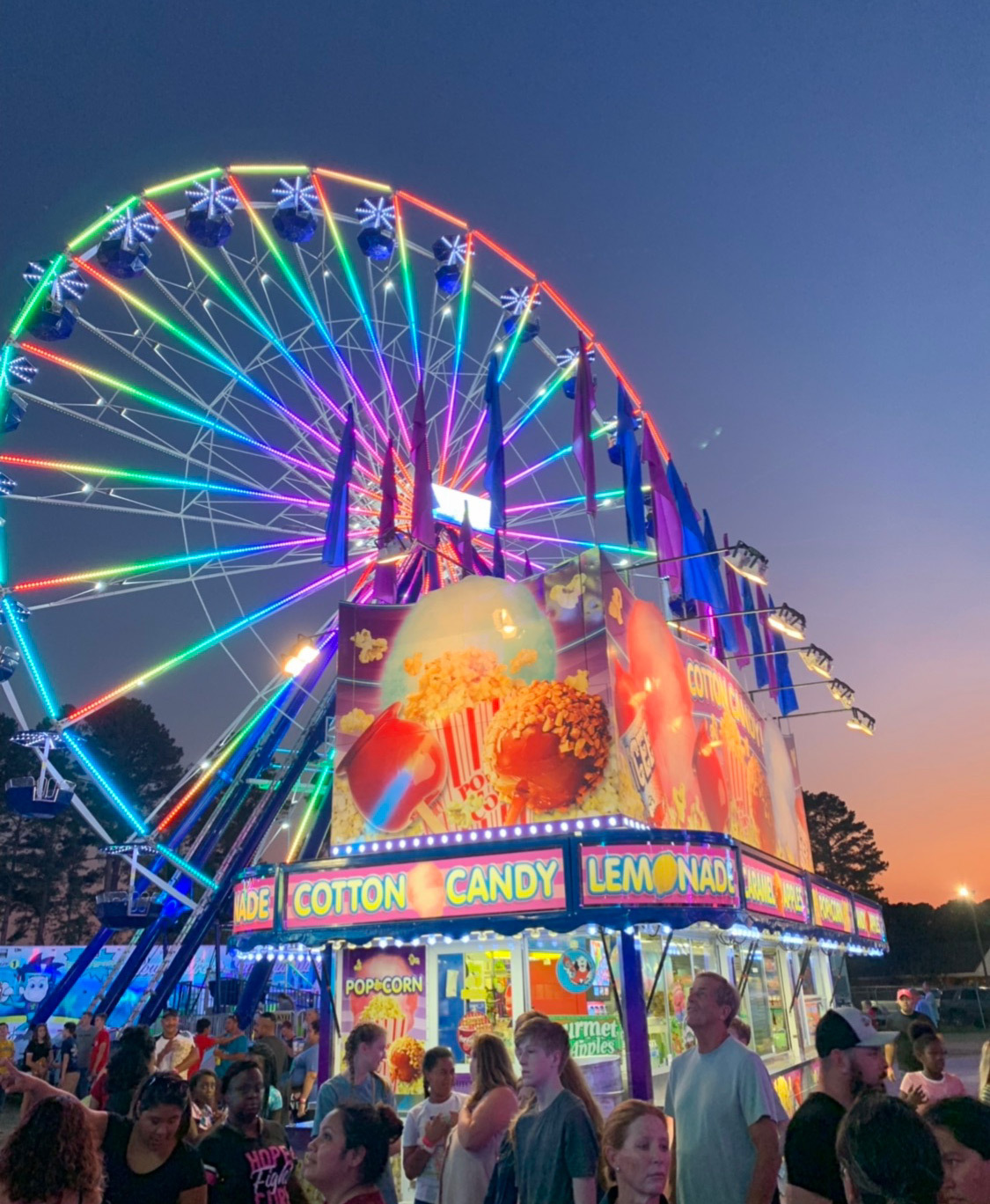 As the main midway regrouped back at winter quarters, Janas downsized to some select food stands, cobbled together a makeshift route that included still-dates in parking lots and drive-through events on fairgrounds, often a substitute for the cancelled fair, and a variety of “small roadside things. We were looking for any kind of work,” he said.

In spite of the struggle and uncertainties, the shift enabled the B. Original Foods team to sustain a revenue stream and steady employment, including maintaining his H-2B workers. “There are always limitations on the visas and you always hope for the best,” he said. “We are want to hire American workers, but the labor pool has dried up. We used to get more local workers, but even they're harder to recruit. We were lucky to get our core group of four women H-2B workers, who've been with us for more than seven years, they're like family.”

He added, “Labor is the biggest issue. We have state-of-the-art bunkhouses, with kitchens and laundry facilities, but a lot of people do not want to travel.”

The 2020 milestone event that showed the fair industry had turned a critical coronavirus corner was the Delaware State Fair – the first large scale fair to be held under CDC restrictions, an event cited by fair managers and midway providers as a model for a safe but fun pandemic era fairs. Janas again was augmenting Powers Great American Midway – a subcontractor for Wade Shows, although ironically the first time playing the Delaware event. 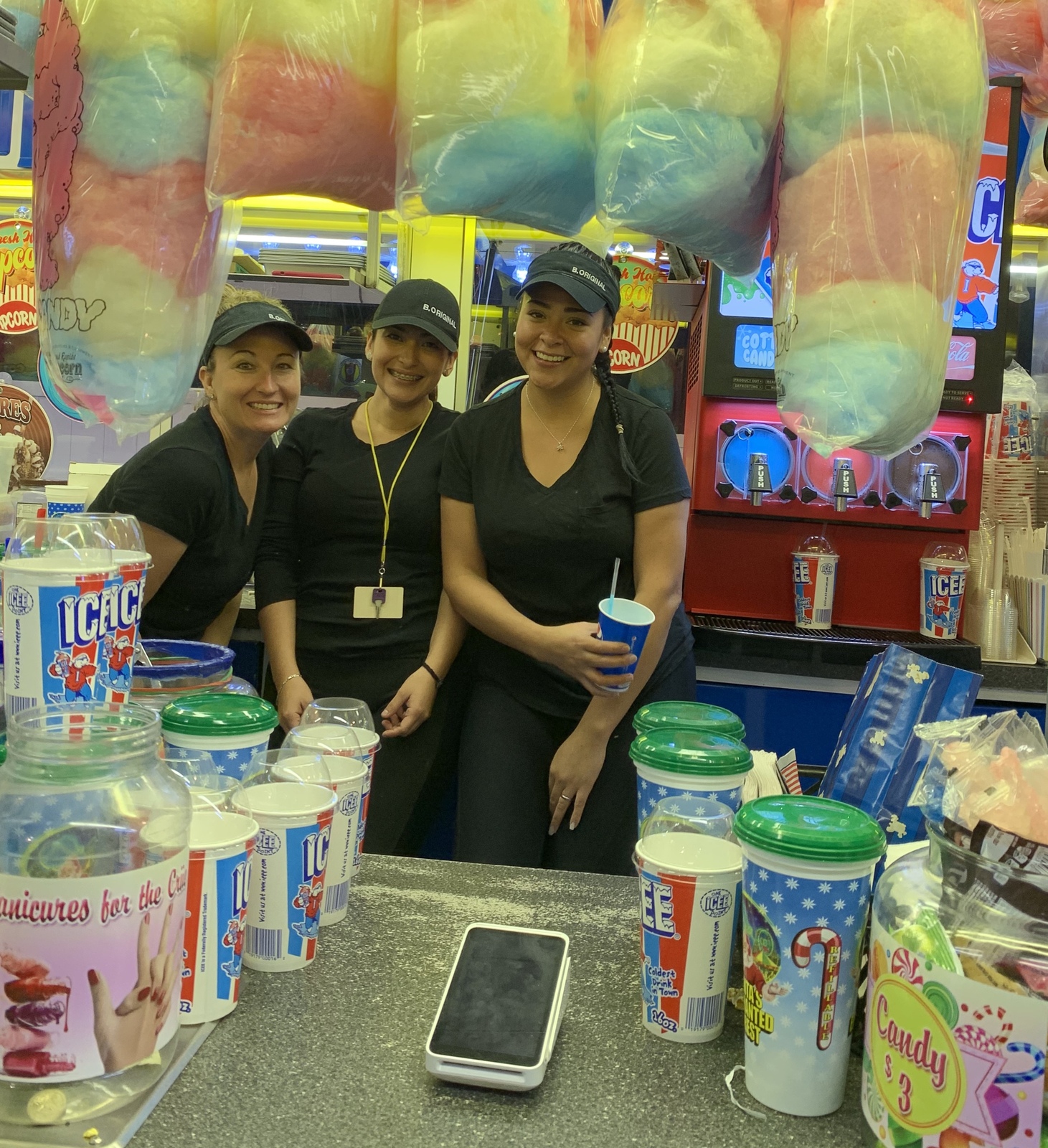 “It worked out well,” he said. “We wanted to show that our plan adhered to local guidelines. The fair did a great job with the masking and social distancing and a lot hand sanitizers. It's a two way street, and following guidelines is up to the public, but the people were cooperative. I will say, they were more apprehensive then they are this year. Right now, people want things to come back to normal. They want entertainment.”

Aside from erecting Plexiglas barriers, hand sanitizing stations and signage, such as “Be Wise, Sanitize,” the pivotal change for B. Original Foods was to minimize touch points at the concessions, most notably in switching from fountain drinks to 20-oz. bottles and going to condiment packets. Both changes Janas plans to keep even post-pandemic. “When you break it down, it saves us time, it's less messy and cleanup is easier.” 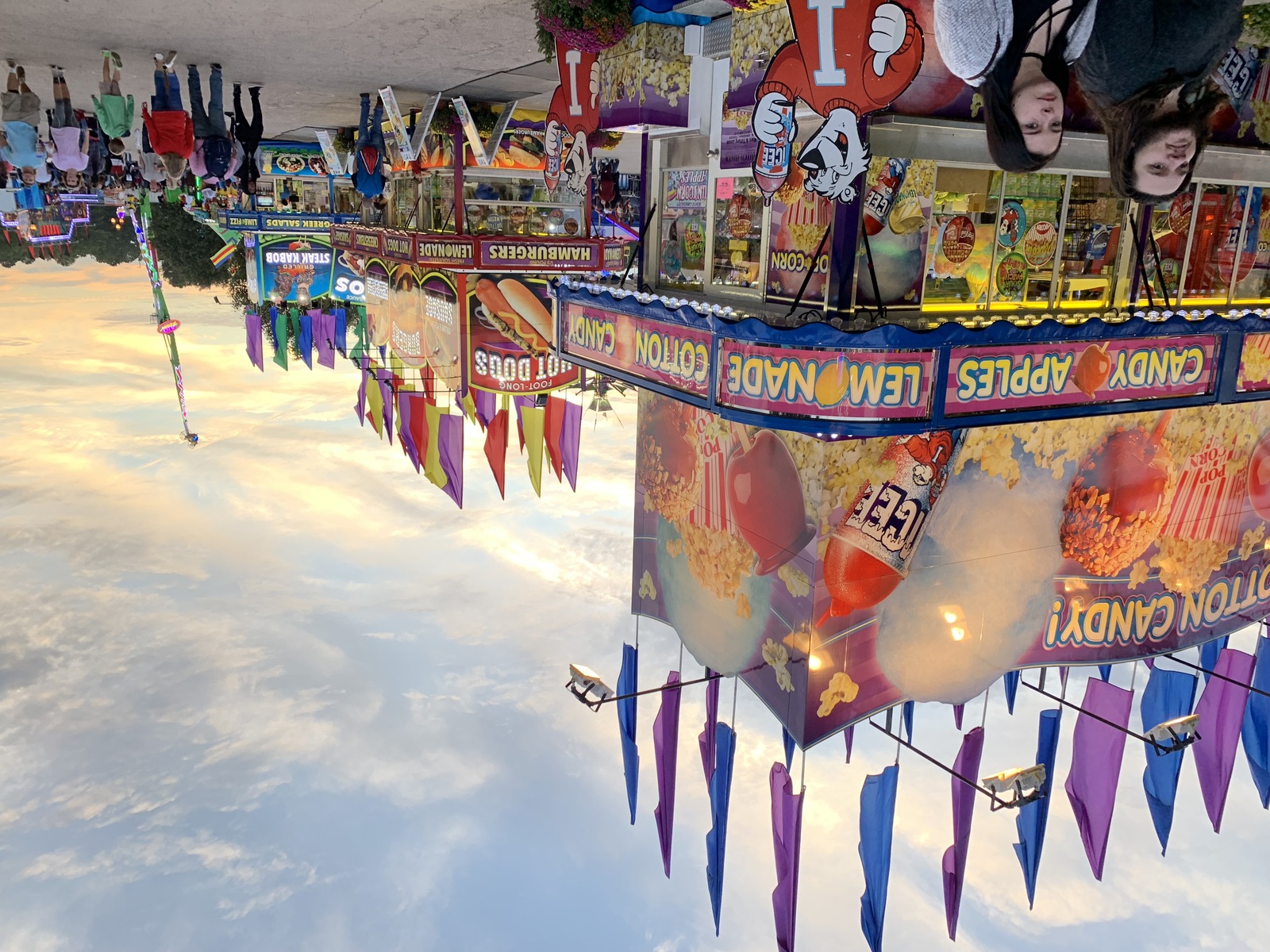 New protocols had little impact on the signature food items that has gained the company's fairgoer following. The food stands feature gyros & fajitas, deep fried pickles, popcorn and candy apples, but with a special emphasis on unique twists on traditional fair food fare. Most notably is the Mrs. J Special Sauce, and the candy apples whose flavors now include Sour Patch Kids.

“It's all about branding, customizing our menus,” Janas said. “We offer quality food and a Midway Café experience. What's trending are cherry flavored lemonade, deep fried pickles with our different sauces and our Unicorn Apples. We found that you have to have quality, which is why we only use Granny Smith apples. People want the traditional foods, but they like our new twists on old favorites. Once they try our foods, the people are our best marketers.”

Janas, currently the second vice president of the Showmen's League Association – he assumes that organization's presidency in 2022 – is a 4th generation midway professional (Tiffany is 3rd generation). The company received a 2019 Circle of Excellence Award for concessions, given by the OABA (Outdoor Amusement Business Association).

“This is a great industry and we are building on what other generations have done,” said Janas, who admits with pride that he grew up on the midway, his first job was a  Fool The Guesser game. In 1991, he earned a degree in marketing & communications and by 2006 had formed his own company, providing the food and games for Powers' Great American Midways. 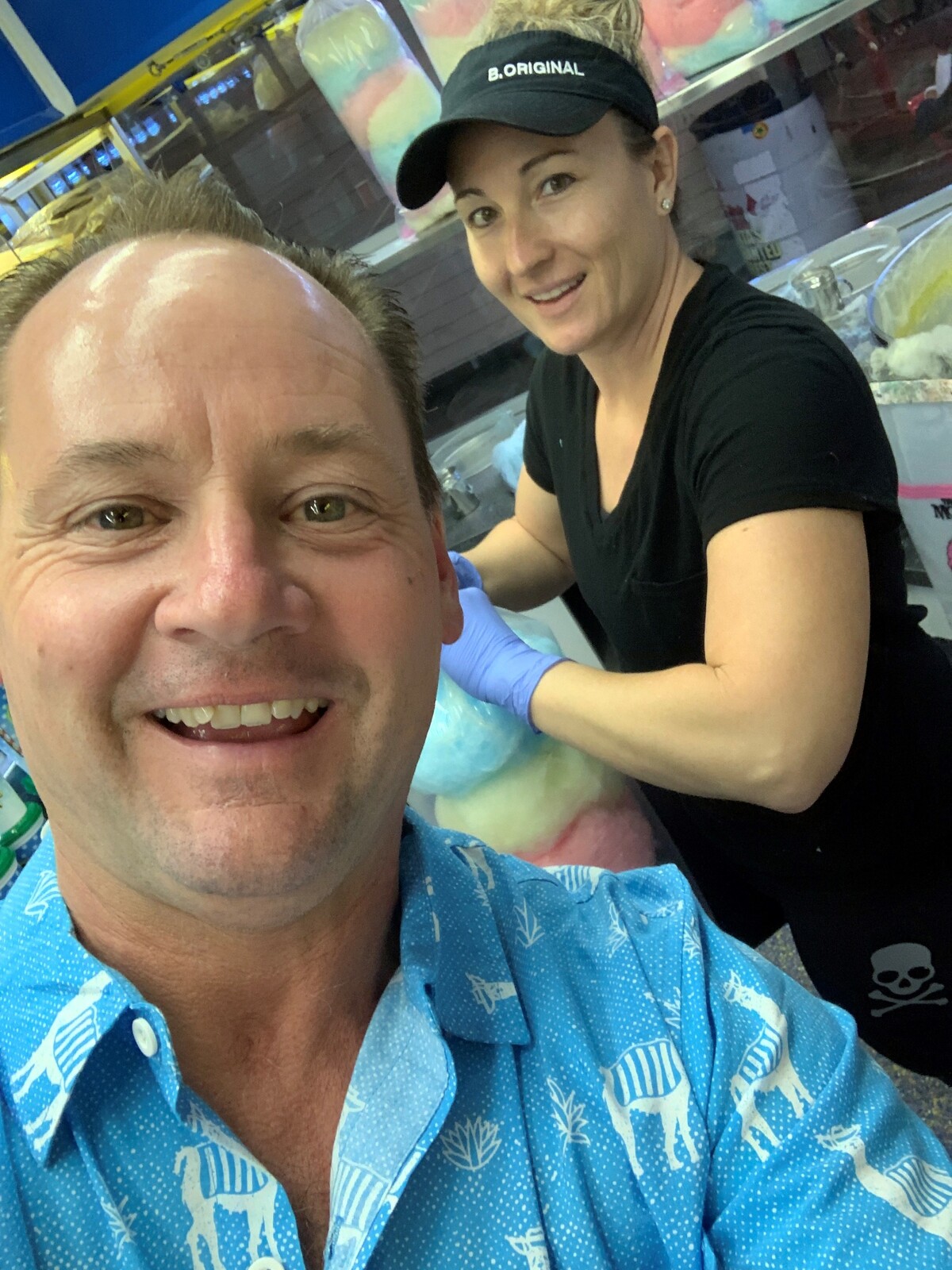 
“He's a full player and committed 100 percent to the midway,” said Corky Powers of Powers Great American Midways, who is also Marc's uncle. “He represents the next generation, and he brings so much to the industry. He does all our marketing and provides a real nice food operation, which helps make our show what it is. He's a real asset.”

There is no bigger test for the company than the pandemic shutdown, with revenue losses for the midway company hovering in the 90 percentile range. “He's been with us through thick and thin, but he always fills in the gap,” added Powers.

Nothing might have been as challenging as the pandemic year, but Janas admitted that the struggle had some positives. “It really gave us a renewed sense of energy. We were able to partner with our fairs in a new way by participating in the drive-thru food only fairs. Everybody wants to get back to normal now.”

This year, while there were a few more still dates than usual, compensating for the smaller fairs that cancelled for 2021, the season will get closer to normal with the Big Butler Fair, opening July 2. “That's one of our biggest events and we're ready,” he said. “More people are vaccinated. Restrictions are being lifted on the local levels. Everybody wants to get back to normal and eat fair foods and drink cold drinks on the midway.” 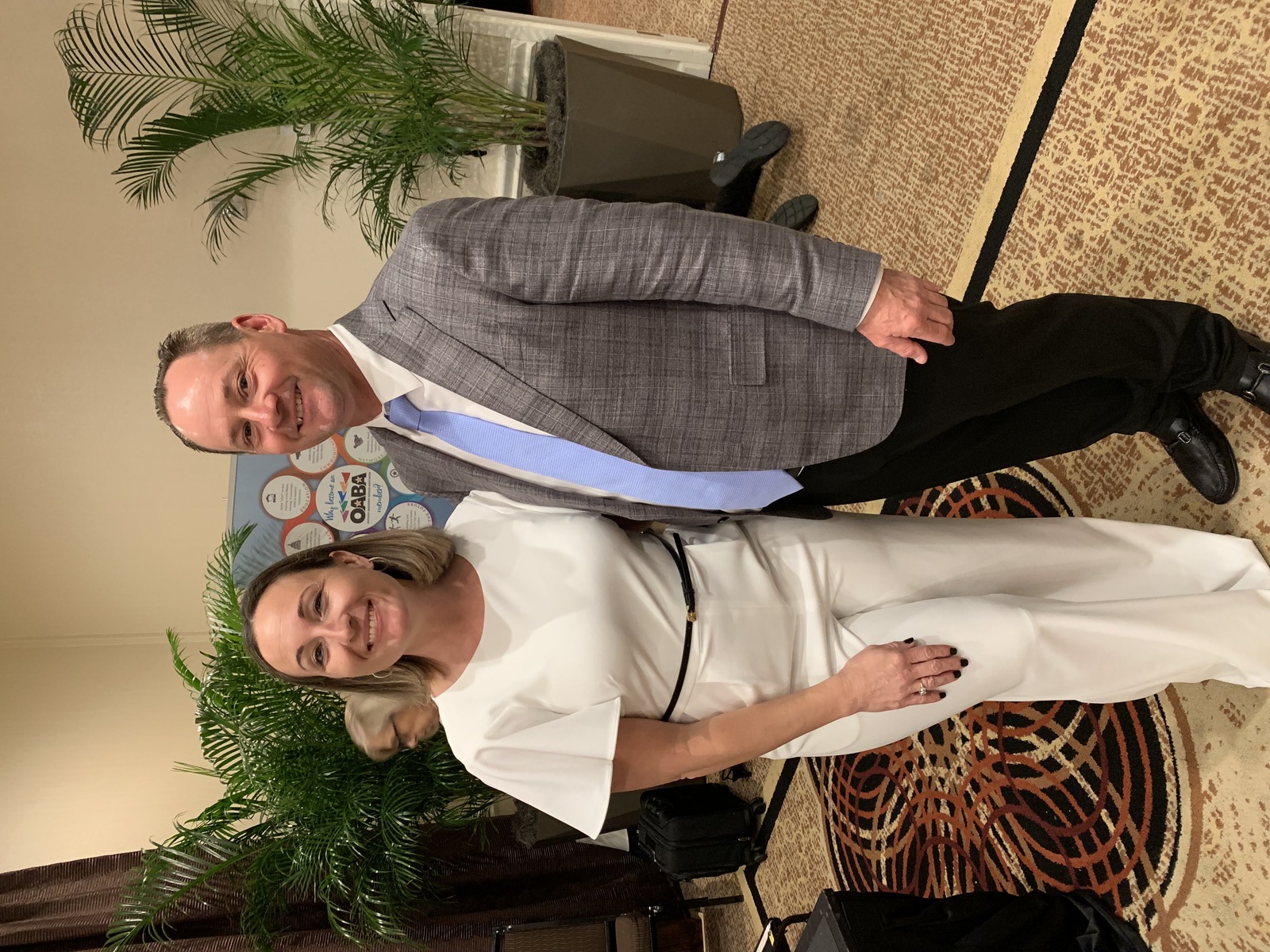