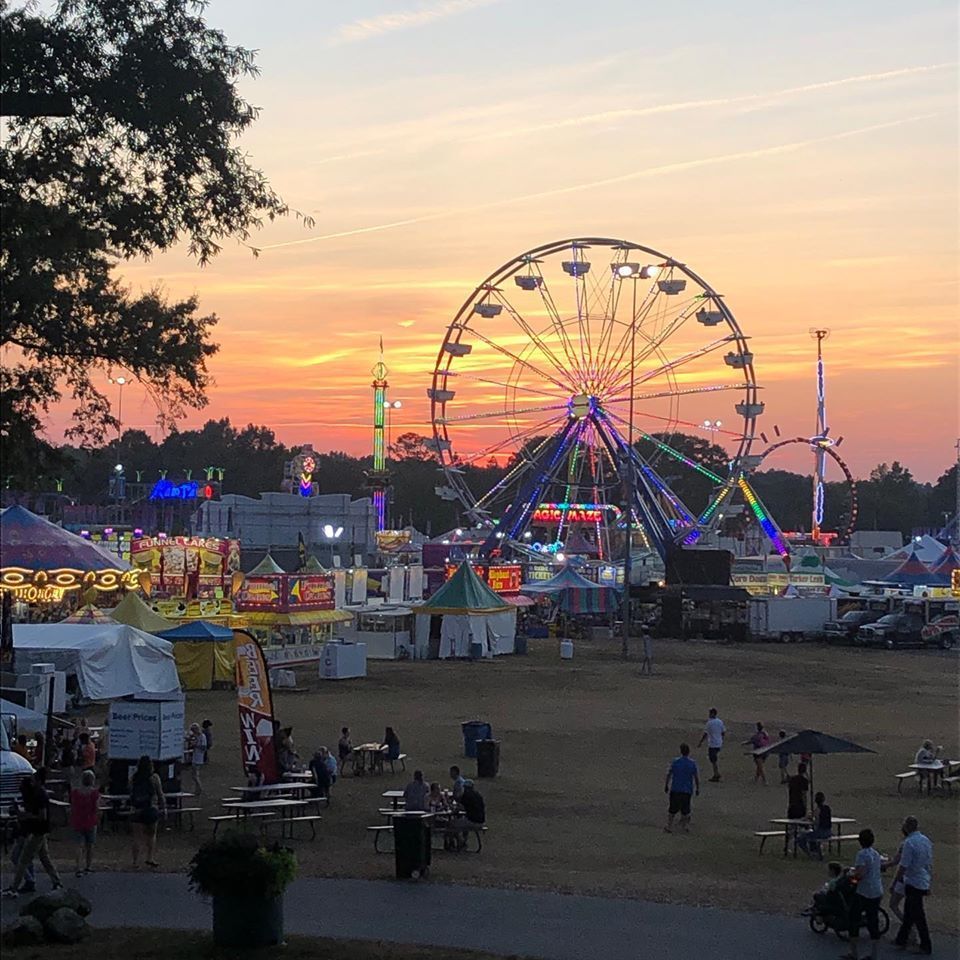 Most fairs face the dilemma of trying to maintain the balance between traditions and relevancy. How do you appeal to contemporary culture while still holding on to the core values of your fair? That was the issue the State Fair of Virginia confronted when designing its rebranding campaign for the 2019 fair.

The answer was not to dress up the image  of the fair with the latest bells and the newest whistles, but to showcase what they do best, and it turned out, it was the honest display of the core values of the fair that paid off best.

“Studies show that millennials want authenticity, and that's what we're trying deliver,” said Marlene Jolliffe, in her fourth year as Director of the State Fair of Virginia.

Keeping it Real
Jolliffe led the fair in translating that authenticity into a marketing campaign that intertwined a “new” image for the fair with promoting the 2019 edition of this Old Dominion tradition. Celebrating the Best of Virginia was the 2019 marketing tagline, which tied together the new look, logo and image of the fair. “We avoided a cutesy, comic-like look. We went for clean, sleek. We wanted to set a different tone, but we did drastically change how we marketed ourselves to the public.”

The planning for the rebrand and overall marketing campaign was more than 18 months in development.  A key component of the multifaceted promotion was telling stories of the people of Virginia, fair participants and attendees that have made this long-standing tradition an annual event. “We wanted to elevate the reputation of the fair and give our image a more serious tone..”

Jolliffe faced the balance all fairs try to maintain, how to preserve what makes the fair popular while appealing to younger generations who may not yet share the same nostalgia. The winning formula was to keep it real.  The fair's marketing focused on real people and true stories. “We invested in people telling their stories about the fair, showing why we've been around so long and why the fair is taken seriously. We wanted to tell the story of all the people who participate in the fair, like the people who show the animals, or the people who make the quilts. We felt the need to tell those stories, and show why the fair is important to families.”

Developing the new brand required several meetings and brainstorming sessions. According to Jolliffe, the process included looking at key values of the fair, looking at “what makes the fair unique, and we honed in on our programming, the culture of our state. The values were bringing joy to people, bringing inspiration to people, and the excitement of the live experience.”

So, the look of the marketing “was not so much about the corn dogs and pig races that everybody associates with fairs, but the people of Virginia who make up the fair.”

Marketing Shifts
The marketing budget was fair increased to encompass the branding and the 2019 promotions, including a reallocation to social media (and digital/online) marketing – now making up about 25 percent, particularly Facebook, which proved  effective in the storytelling aspect fueling the fair's makeover.  The fair also spent about 14 percent of its budget on television, 33 percent radio and the remainder spent on print, billboards and other outlets. “We did heavy radio this year. We focused on someone telling a story and people who come from all the towns in Virginia who make up the fair.”

The people- of-the-fair focus the marketing campaign adapted was supported by reinvigorated, community efforts. This outreach included partnerships with the boy scouts and other youth and civil organizations, resulting in such authentic exhibitions and attractions, especially the an edu-tainment program called “Virginia's largest outdoor classroom,” where more than 10,000 preschool through high school students went on Educational Expo field trips to the fair each year, a program conducted in conjunction with Virginia's Standards of Learning, a public school initiative to prepare students for standardized testing. The objective was to provide hands-on, educational experiences  for agriculture, natural resources, history and technology. “We know everyone loves the fair for its food, rides and attractions, but just as many fairgoers are excited to learn new things when they visit,” said Stuart Sanders, Assistant Executive Director, State Fair of Virginia.  “This year's fair has plenty of educational exhibits and opportunities for our guests to be entertained as they learn.”

In addition to the outdoor classrooms, a new attraction for the fair was the Professor Newton and Kidz Science Safari, featuring STEM-based, interactive science experiments and the hands-on Kidz Science Safari exhibits. The program was called  “a perfect example of entertainment with an educational twist.

Included was the Ultimate Thrill Circus, whose world-class stunt performers include a Human Cannonball;  the Xtreme Chinese Acrobats, and the Street Drum Corps, an ensemble featured on America's Got Talent, American Idol and MTV.

Good Numbers
Seems the rebranding, marketing that emphasized the authenticity of the fair experience and community outreach and partnerships were the winning equation for the fair. Some rainy weather hampered the overall fair, suppressing attendance by approximately 5 percent compared to 2018. The fair reached an estimated attendance of more than 245,000. “I think our final Saturday was our strongest Saturday, it broke a record that goes back to 2014 and we had our best Tuesday ever at the fair.”

In spite the overall attendance down-tick, spending at the fair was up by 1 percent, with food & beverage spending up 6 percent. “You put out the right product, and provide the comforts for people, having places for them to sit and stay longer at the fair, that's made a huge difference,” said Jolliffe. “ We have a pretty strong economy in the Richmond area, there's has been a lot of job growth. Events in this area have done well, and I think we know our market very well by now. Gas prices have been stable and that can add another 10 percent to overhead or to the family budget.”

Deggeller Attractions
The midway by Deggeller Attractions featured 51 rides, slightly smaller than 2018. The carnival company also divides its midway into an adult section – Midway Madness – heavy with thrill rides such as Space Port, Fireball, Zipper and Tilt-a-Whirl –and a Kidway, featuring the classic selection of children and family rides, such as Tea Cups, Dragon Coaster and Safari Bus.

“Our kiddie-land is really lucrative,” said Andy Deggeller. “The location on the fairground really helps, it's up on the hill with agriculture exhibits and independent food areas. We try to separate the kid rides from the adult rides as often as we can. Parents prefer that, especially in Virginia, because that way we are not going to have teenagers running around or having children getting lost. It's more manageable. We put a lot of amenities in that area, like benches, umbrellas, changing stations. We also have a kid-zone with coin operated rides, the mall-type rides,  for the kids under 30-inches. There is a real focus on the family at the Virginia fair.”

The fairgrounds – the Meadow Event Park – is located in Doswell, a suburb of Richmond, but also the home of Kings Dominion, one of the largest theme parks in the Mid-Atlantic  region. As far as midway competition goes, Kings Dominion can be a daunting challenger. “We offer something different than King's Dominion,” said Deggeller. “Our rides have something that the theme park doesn't have, which is the fair.”

The midway was redesigned, moving the adult section closer to the main highway leading to the fair. The cluster of high-capacity thrill rides in all their glaring LED luminescent glory, certainly creates an impossible to miss advertisement for the fair. But Deggeller also credits fair management and the leadership of Jolliffe, and her marketing and community outreach vision. “The fair management has done a great job with advanced sales and promotions. They have great ideas, but they always ask our opinion. Marlene has made some really good decisions on how to increase ridership, like moving the midway which improved access and flow. She also had great weekday promotions and a relationship with a grocery store. They really work hard getting the local community to come to the fair.”

He also praised the rebranding campaign implemented in 2019. “The fair itself is a different type of product than what is available in this market. It is a far more of cultural  experience of Virginia as a state and its agriculture community. We are getting a different clientele , a lot more families.”

He added, “this is our third consecutive record year at the fair.”

“We had a successful fair,” said Jolliffe. “We did very good numbers, in attendance and revenue and in our competitions and livestock auctions. We had great response to our contests in arts and culinary competitions. I think people responded to our rebranding, it was a transition year, but we are right where we need to be within the Richmond market. We feel very good about this year's fair.” 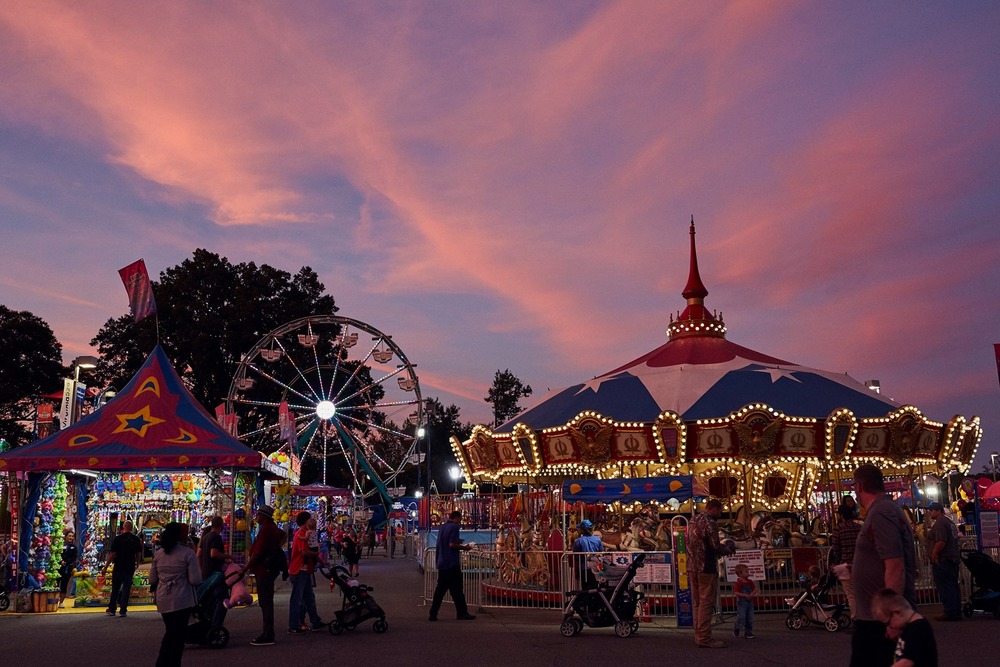 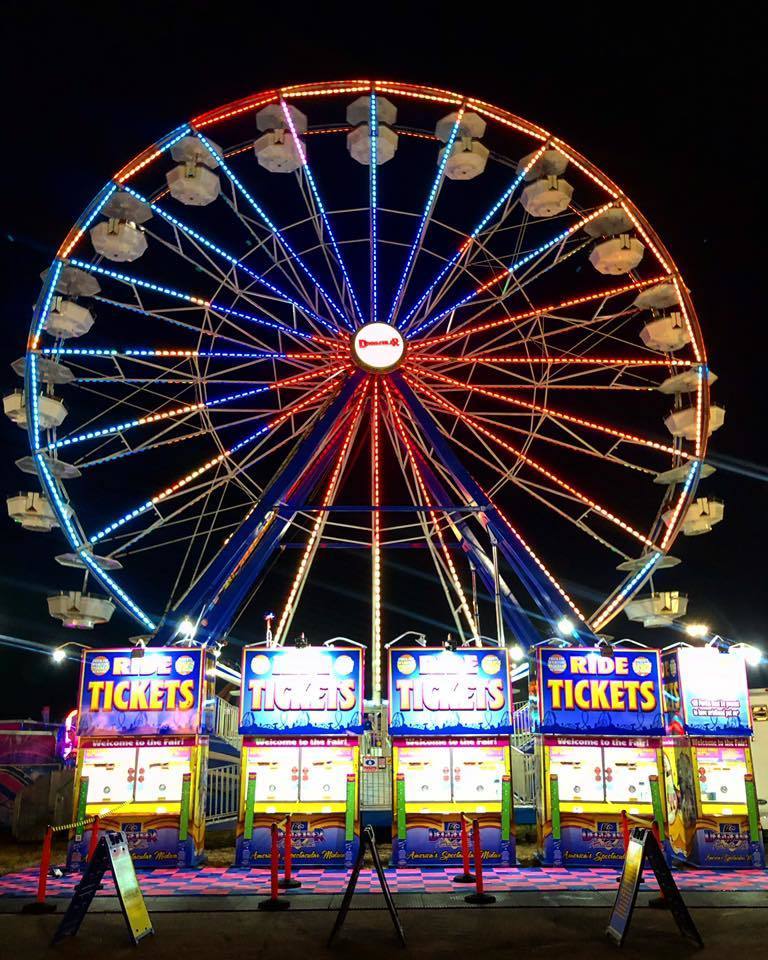 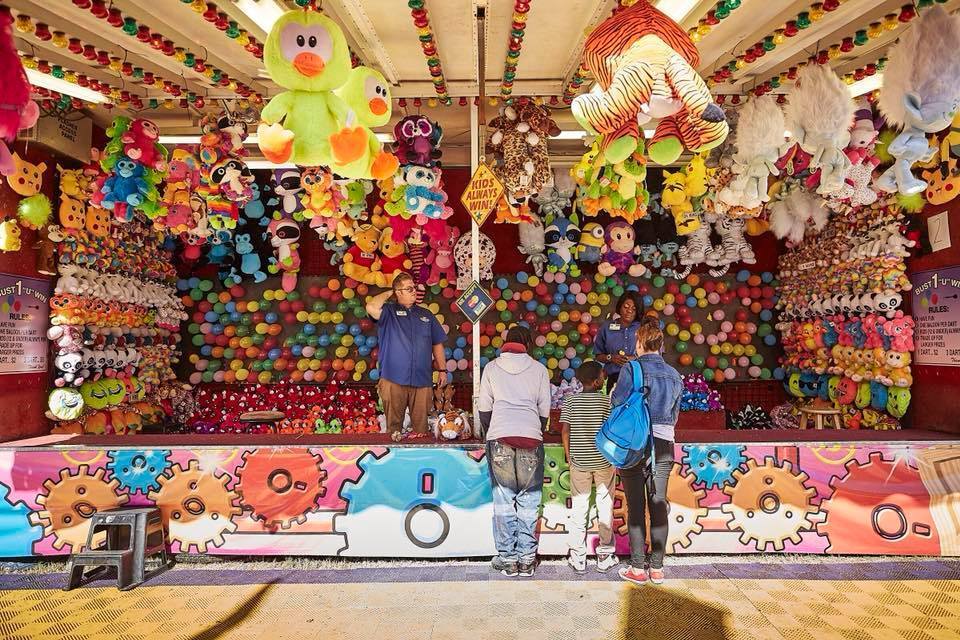