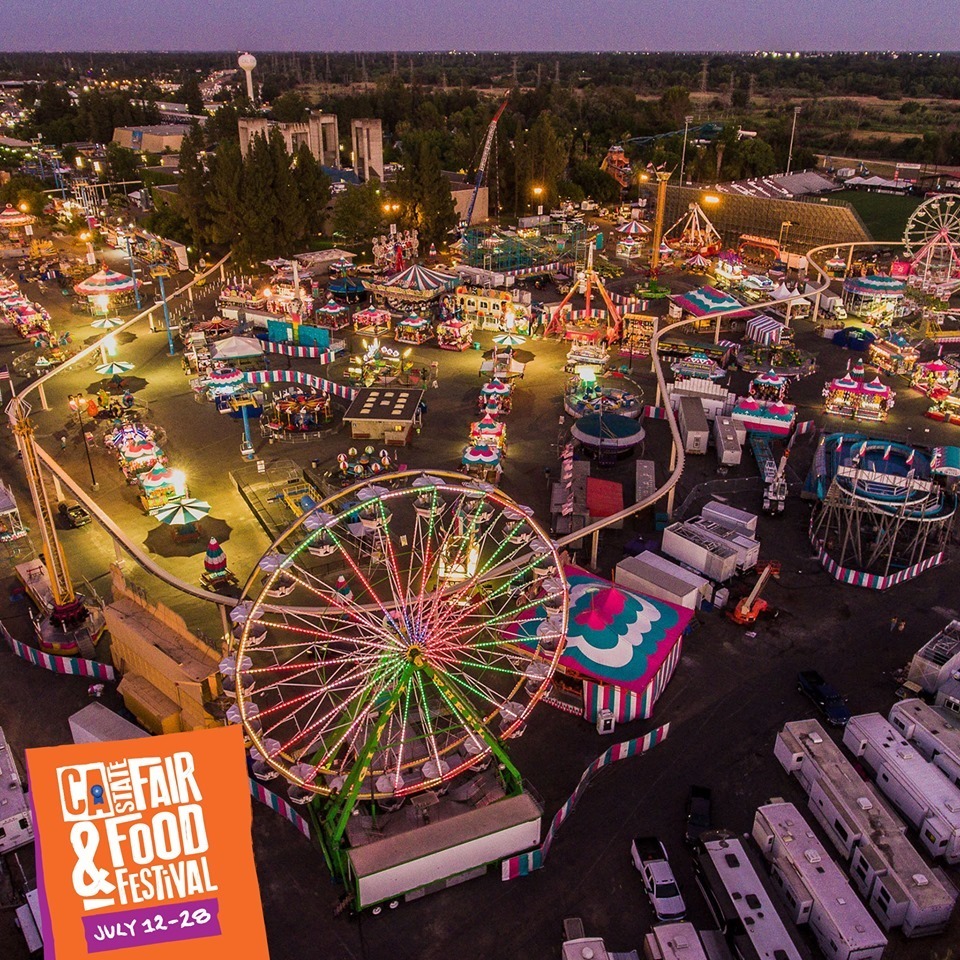 At the California State Fair, attendance rose by 5%, with over 601,761attending the 350-acre Cal Expo grounds, despite an extremely hot final weekend. The fair, which began in 1858, includes one of the top wine competitions in the country along with a large-scale olive oil and cheese competition, canning and baking competitions, fine arts and photography, and even a corn-dog-eating contest, along with an extensive carnival, livestock, and agriculture exhibitions.

This year there were increased food, beverage and, amusement ride sales, due at least in part to a new all-new food Festival Pass, which allowed attendees to pick four items from over 30 different food offerings from different vendors for $28. Food sales from the Food Festival Pass brought approximately $380,000 in revenue.

Individual vendors attested to the fact that the pass was popular and garnered high grossing days. Country Fair Cinnamon Rolls, whose bacon and pecan roll won best of show in the food fest competition noted sales were up more than 20%; BBQ sales crested a first-time high of $1.3 million in gross sales. The debut of Frik’n Vegan as a vendor was also successful.

There were plenty of other unique offerings as well including a Jalapeno popper burger from Stuffie’s Char-Broiler, and Flamin’ Hot Cheetos fries, lobster fries, and elote fries at Sharky’s Fry King – the elote version won Best of Division at the Show, deep fried cannolis from Sweet Cheeks, and both the world’s most sour and the world’s hottest ice cream from Cardinali Sweet Treats.

According to Cal Expo & State Fair general manager and CEO Rick Pickering, “Food has a powerful way of bringing people together.” Food and beverage sales totaled $8.5 million this year, over the 17 days of the fair.

Among the most popular attractions, over 100,000 people traveled the monorail and Skyride, enjoying expansive fair views.

Also popular were the Drone Light Show presented by DISH, Esports gaming tournaments held daily, the state-wide Youth Mariachi Competition in its second year, and the unique Bank of America-sponsored Selfie Experience. The latter was an entire building devoted to creating scenes that allowed guests to get the best possible selfies. Scenes included “Jurassic Dark” and “Game of Thorns.” In addition there were a range of “selfie spots” throughout the fair, where visitors were encouraged to snap a photo, post it to social media, tag it, and receive a chance to win a prize.

This year’s state fair also introduced the heart-warming and educational attraction Goat Mountain, where visitors viewed and learned about goats and baby goats.

Pickering notes “This year’s fair brought together the beauty and innovation that demonstrates the very best of California.”

The new Esports Gaming tournament sold out all tournament slots, and boasted 700,000 viewers around the country on the California State Fair’s Twitch channel.
The Drone Light Show was followed by a fireworks show. The light show featured shapes ranging from a rolling Corvette to the Golden Bear.

To keep things cool during the mid-July heat wave, there were a number of designated Cool Spots located throughout the fairgrounds, where full body misters sprayed a cool mist of water head-to-toe with the touch of a button, and charging stations for phones and free Wi-Fi were also offered.

A new exhibition, “The Future of Good,” featured 50 images highlighting Calfornia’s role in global food production and ways in which one can grow and eat in the future to meet population needs.

Also new: a Silent Disco at the Expo Center, which included DJ battles nightly; a tiny house exhibition during the fair’s first weekend held at the Miller Lite Racetrack Grandstand, and a life-size board game educating players about agriculture titled “Life’s Big Ag-venture.” Additional fun: the “Ladybird” experience, which included unlimited log rides and a screening of the film Ladybird; and the ability to follow the fair on social media to earn a special beverage through a secret code.

Returning this year were fair crowd pleasers such as the Best of California Brewfest, National Wiener Dog Races, a cornhole competition, horse racing, performances by local musicians and artists, photography and Steampunk competitions, olive oil tasting events, and fireworks every Friday and Saturday at 10 p.m.
The carnival, and its ever-popular Giant Wheel, included both returning favorites, such as rides culled from Michael Jackson’s Neverland Ranch, and some new rides: Puppy Love in the Kids Park area, and Mega Flip, Turbo, Cyclone and Wind Surfer in the main carnival area.

The sound of music was also a draw at the state fair, with high-wattage artists such as War, Berlin, Trace Adkins, UB 40, and Kool & The Gang among others.
Concerts were free with admission to the fair; however reserved seating could be purchased. A new location housed two concerts this year: Kids Bop and ZZ Top both performed at Papa Murphy’s Park on the fair grounds.

Daily adult admission was $14; seniors over 62, $12; youth admission $10, and ages 4 and under free. Carnival unlimited ride wristbands, which did not include the Sky Ride, were $30 M-Th, $35 Fri-Sun. A variety of specials kept prices even lower for fairgoers, including Taste of the Fair offered Wednesdays and Thursdays from 11 a.m. to 4 p.m.; Senior Savings Friday with free Grand Carousel and Giant Wheel rides and $10 senior admission; Kids Free Tuesdays and $2 rides for all; and a very military and veteran appreciation day for active, retired, veterans and reserve military with ID; a First Responders Appreciation day with free admission for first responders and law enforcement members with ID; and on SMUD Cares Fair Giving Mondays, free admission was given in exchange for three non-perishable food items were donated to the to the Elk Grove Food Bank. And purchasers of Sacramento Republic FC match tickets on Saturday, July 21 also received free fair admission for that night; the Republic FC also hosted a “Kick On Goal” event at Papa Murphy’s Park during which a team player signed autographs and took fan photos.

The fair was promoted heavily on social media, and actively involved visitors in promoting through tagging and prizes, but also utilized traditional media outlets to advertise the event.