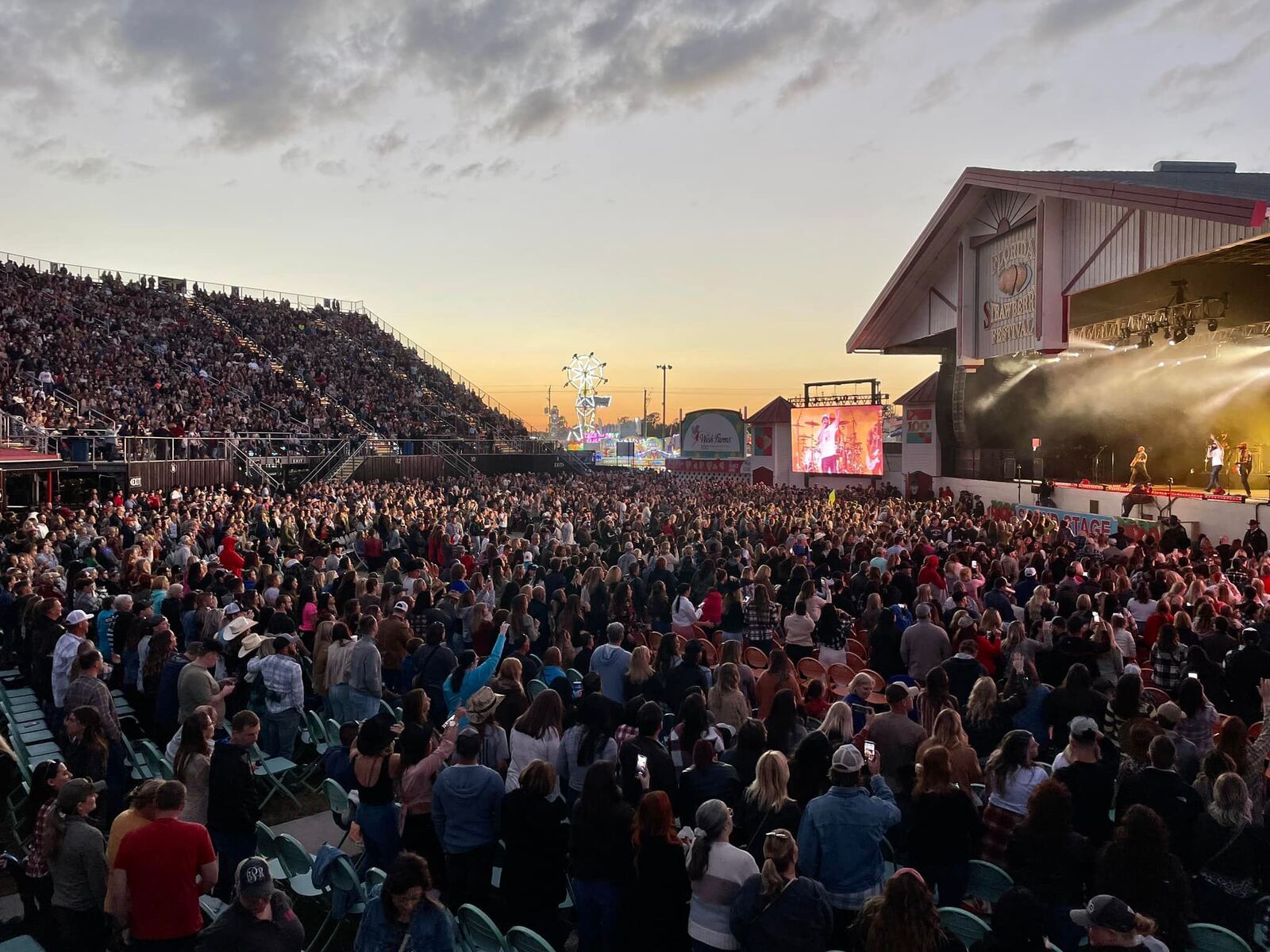 Concerts Return to The FL Strawberry Fest in 2022
Although the fair was held in 2021, concerts were not a part of the event due to lingering covid-19 concerns. 2022 marked a return of grandstand performances at the Florida Strawberry Fest.

Following the 2020 lockdown, the general consensus was that spending was up in 2021 as fairgoers flush with stimulus funds and eager to find whatever normalcy was available again, flocked to their annual community tradition. The question being answered now is will 2022 sustain last year's momentum?

If the Florida Strawberry Festival  is any indicator,  the momentum can be maintained by continuing to move away from COVID restrictions. The largest agricultural fair devoted to one crop in North America –the “FLA Berry Fest” regularly appears on the Carnival Warehouse annual list of the top 50 Fairs (#28 in 2021).   The fair has had a unique trajectory regarding the global pandemic.

Its 2020 run was on its final days just as the first wave of pandemic related restrictions went into effect, resulting in an attendance dip from 2019, attributed to senior citizens and other at-risk groups declining to attend as the global crisis worsened. In 2021, the fair's unique calendar slot meant the event evaded cancellation, but to ensure social distancing, the fair cancelled the grandstand concerts, taking a toll on attendance by nearly 30 percent, according to Phil Waldron, Chairman of the Board, Florida Strawberry Festival.

“Last year we had a great festival but we did cancel all our grandstand entertainment,” said Waldron. “People were excited just to get out of there last year. This year, with our entertainment, we gave the people more reasons to come festival.”

Booking the lineup proved to be a challenge this year, but “it's always a challenge,” he continued. “But getting schedules to coincide with the festival and to fit into their touring schedule was more difficult this year. I think that because we are able to put together a winning lineup of entertainment, we were able to spring back from COVID.”

The return of headline entertainment – which augurs well for the state of  grandstand concerts in the 2022 fair season – may have been the catalyst for the robust harvest of this year's Berry Fest, but it stood on a foundation of two positive labor-related issues, according to Waldron. First the strawberry industry itself, which he described as “very strong. Strawberries are a very labor intensive and there were no reported labor shortages. The strawberry crop had a good year.”

Secondly, the fair was able to evade the layoffs and furloughs that the fair cancellations resulted in, which would hamper the restart of some fairs post-lockdown. “One of our decisions as a board was that we wanted to keep our staff, even though we went forward with the festival last year without entertainment,” said Waldron. “We have good employees and we were able to keep their jobs and it was one our best decisions.”


Workforce disruptions, which plagued many carnival companies the first quarter of 2022, also affected the festival's Belle City Amusements midway. The company's 35 H2B workers – significantly fewer than their usual complement, according to Charles Panacek – arrived at 1:00 am on opening day of the fair, resulting in the actual midway not ready for fairgoers until about 3:00 pm instead of noon. “We opened later in the afternoon so our workers could get their rest.”

Luckily, most of the workers were returning employees. “Almost all of them have been with us for years, so they were well trained,” said Panacek. “We kept all our full-time supervisors, so there's been no drop in training.”

Nonetheless the delay did pose somewhat a throwback to 2021 when short-staffed midway companies had to cope with operating with less. Workers arriving in time saved the fair for Belle City, but an unsupplemented crew had to set up the midway, “We were down about 50 percent before the midway opened so we had to take an extra full week,” he said. 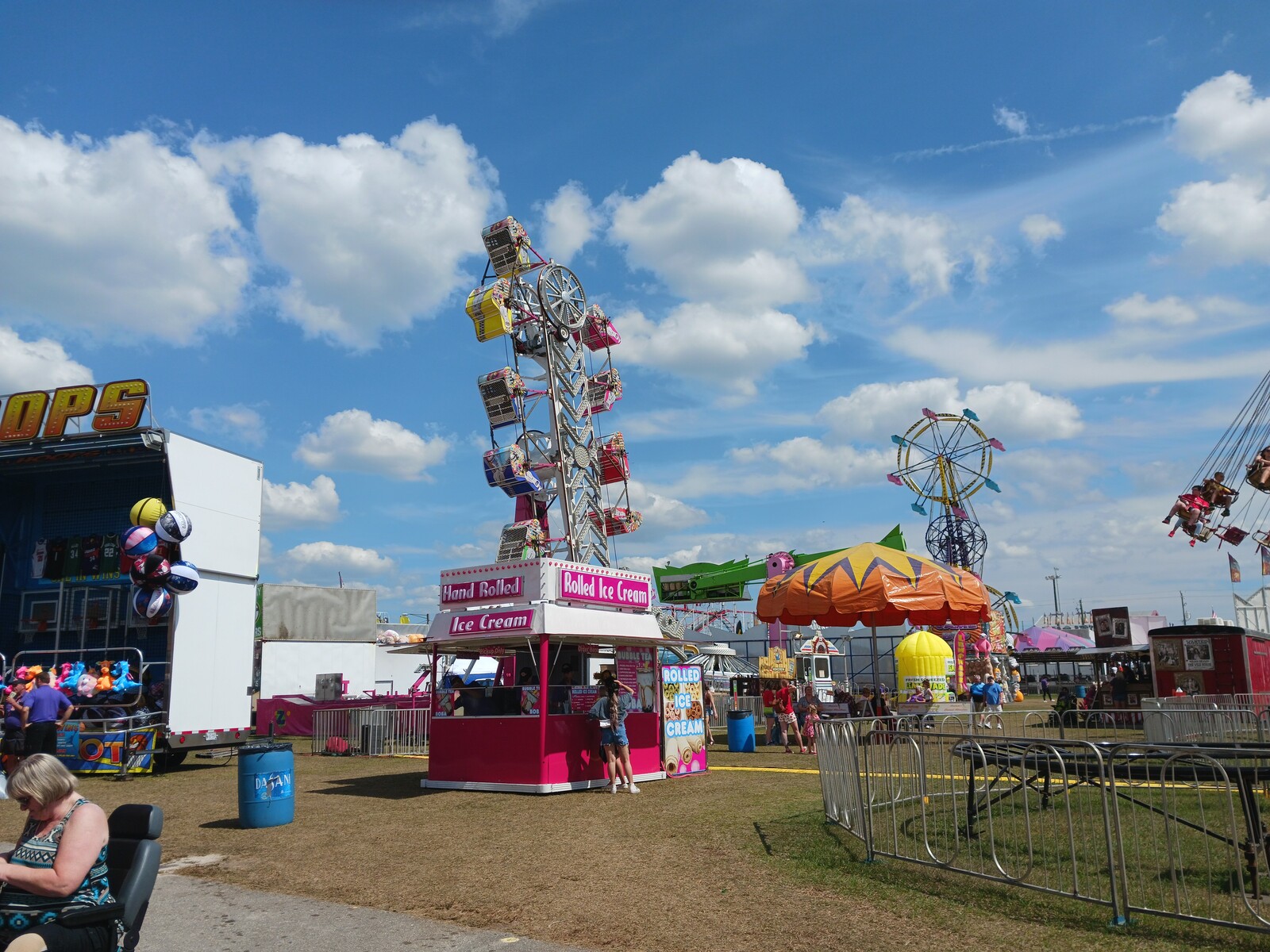 One of the largest midways on its route, Belle City operated 77 rides on the 2022 midway, which included a new Dream Catcher and several kiddie rides “We subcontracted a higher percentage of rides than usual this year because of labor problems,” said Panacek.

The carnival sustained what has been a successful run. “We were up between 8-10 percent over 2021. We had great weather, we only had one day with some wind and rain in the morning didn't but that didn't affect us,” he said. “They had great concerts. The concerts were back this year, they were suspended last year so having the concerts back helped attendance. Having a full complement of entertainment helped attendance to go back to normal.”

Sales were also juiced by the debut of a $2 Tuesday. “It was a little bit earlier closing, so we took advantage of that. This entire event is very family friendly and the board does a great job with booking the entertainment, marketing the event and the carnival midway.”

Waldron noted that the fair intentionally increased the security budget for 2022 by an expanded law enforcement presence onsite during fair hours. “We have strong relationships with the Plant City police and sheriff departments and increased the number of officers working security. We want people to come and enjoy the day. Someone only has to walk a few feet and they would see a uniformed officer.” 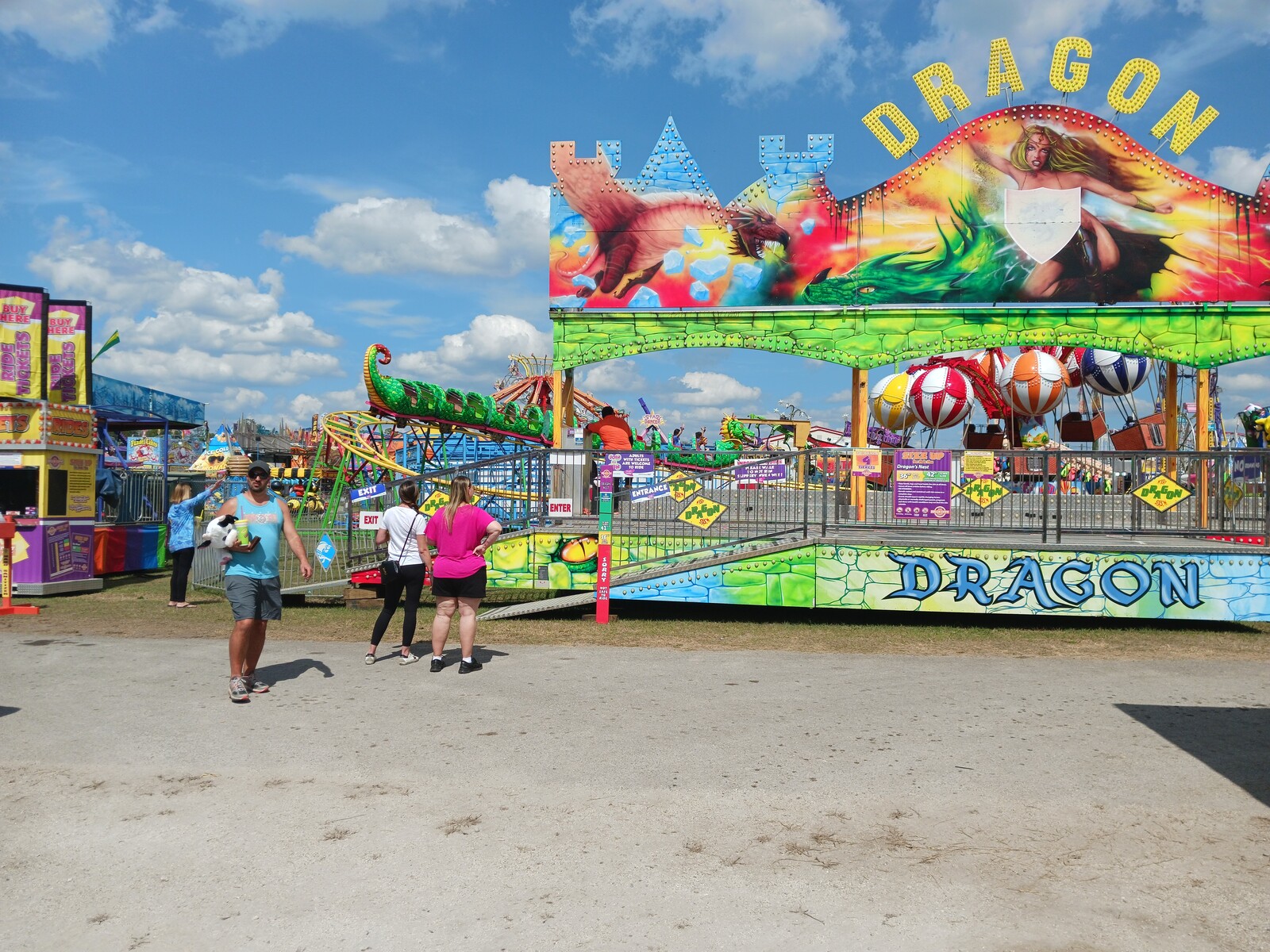 According to Jennifer Morgan, Public Relations and Media Representative, Florida Strawberry Festival, the marketing budget was relatively unchanged. What was new was an expanded social media presence via Facebook Live with a series, “Behind the Berries”, which is a “showcase for the entertainment, food, and to promote and rides. We also do interviews with headliner and grounds entertainment”

“Social media is a generational thing and we are using it to attract that demographic,” said Waldron.

The fair featured more than 400 food vendors, with new variations on fair cuisine included an Apple Fried Sunday, Fried Mac & Cheese Balls. “It was the first time we had a vegan stand and it was phenomenal,” said Waldron. “Momma Jane's Funnel Cakes, which is our best all-around concession offered a funnel cake with strawberry and key lime.”

What impressed Waldron about this year's turnout was that “people are ready to get back to normal. They saw that coming to the Strawberry Festival for the entertainment was a way of coming back to normal. This year, economically, was probably the best year on the midway and spending was up.”

Even though inflation caused small but noticeable price increases for food and midway rides – with no reported negative feedback by the public, even on social media – admission price went unchanged, reinforcing the family-friendly atmosphere this Florida event strives to maintained. “We haven't raised the admission price in 10 years. We are considerate of families. We want to keep the Strawberry Festival affordable.” 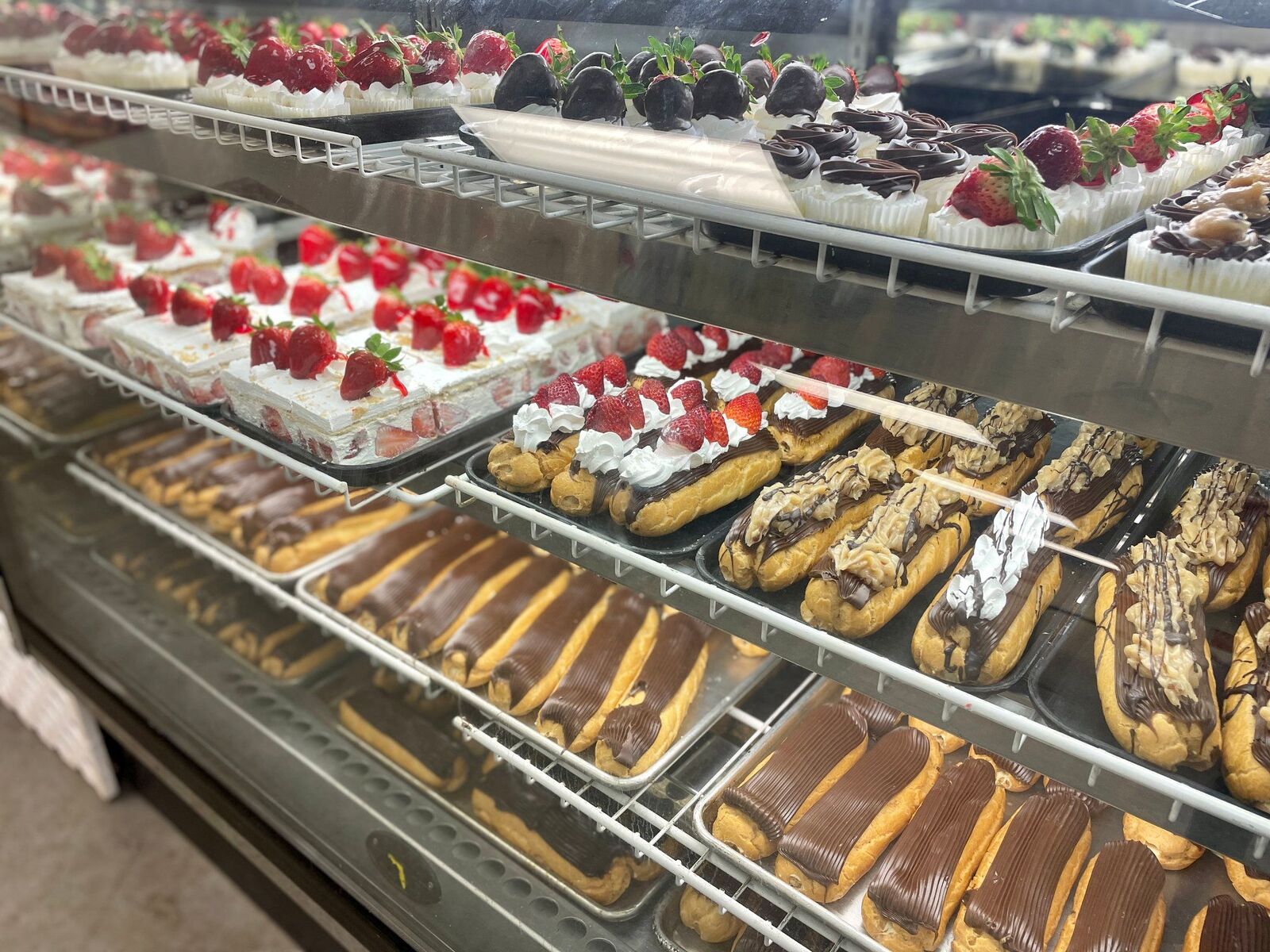 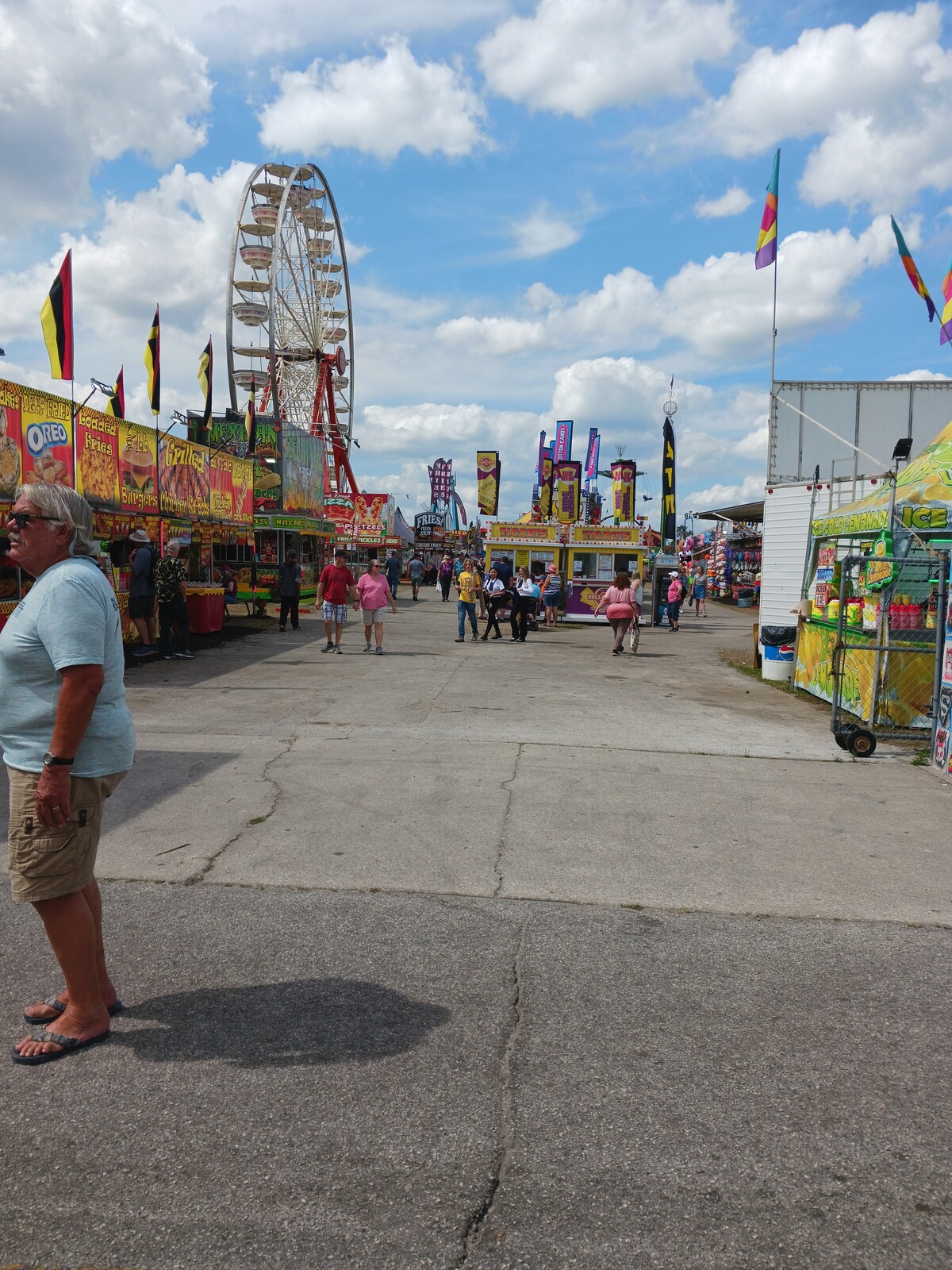 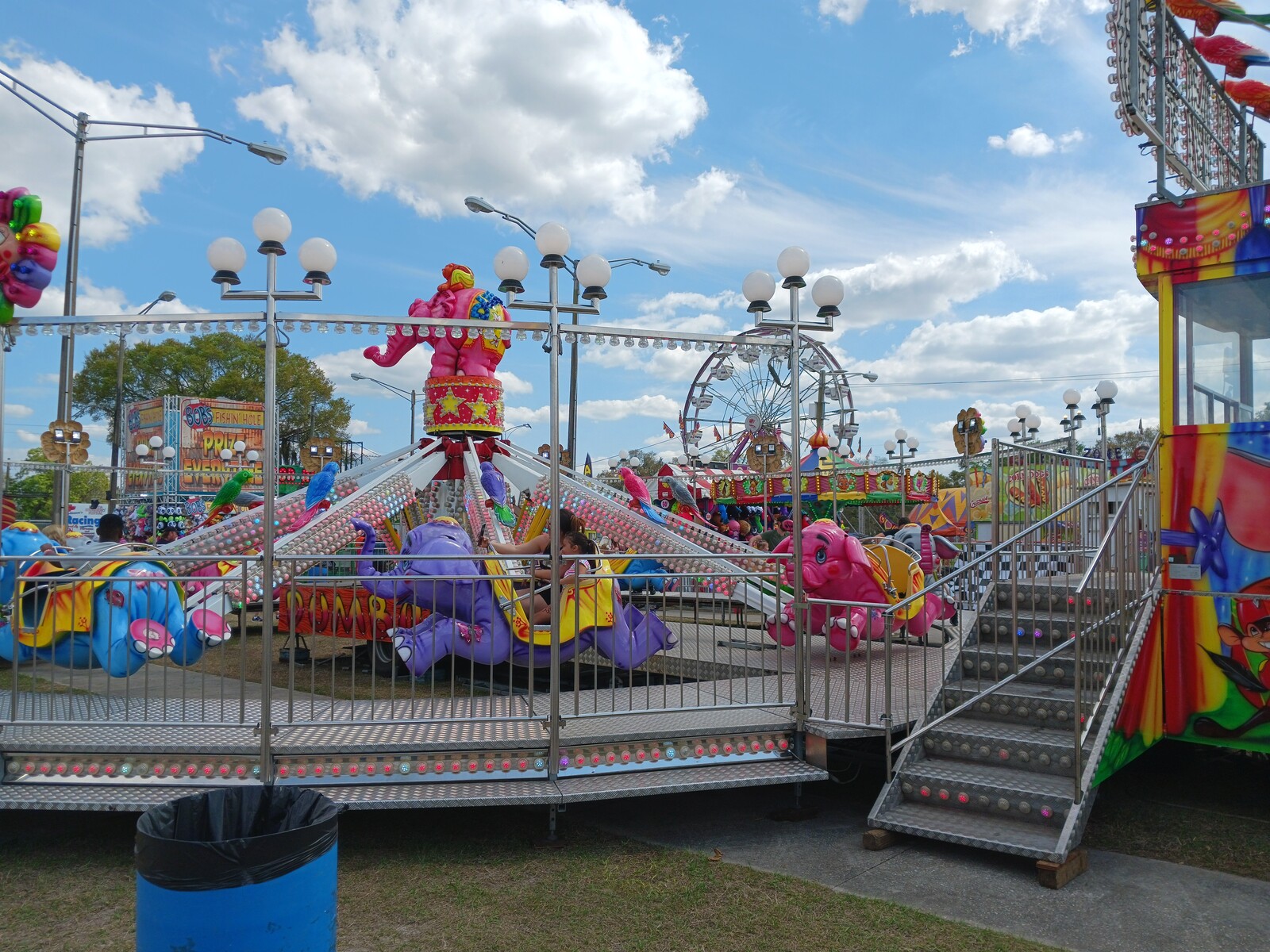 Concerts Return to The FL Strawberry Fest in 2022

Although the fair was held in 2021, concerts were not a part of the event due to lingering covid-19 concerns. 2022 marked a return of grandstand performances at the Florida Strawberry Fest.