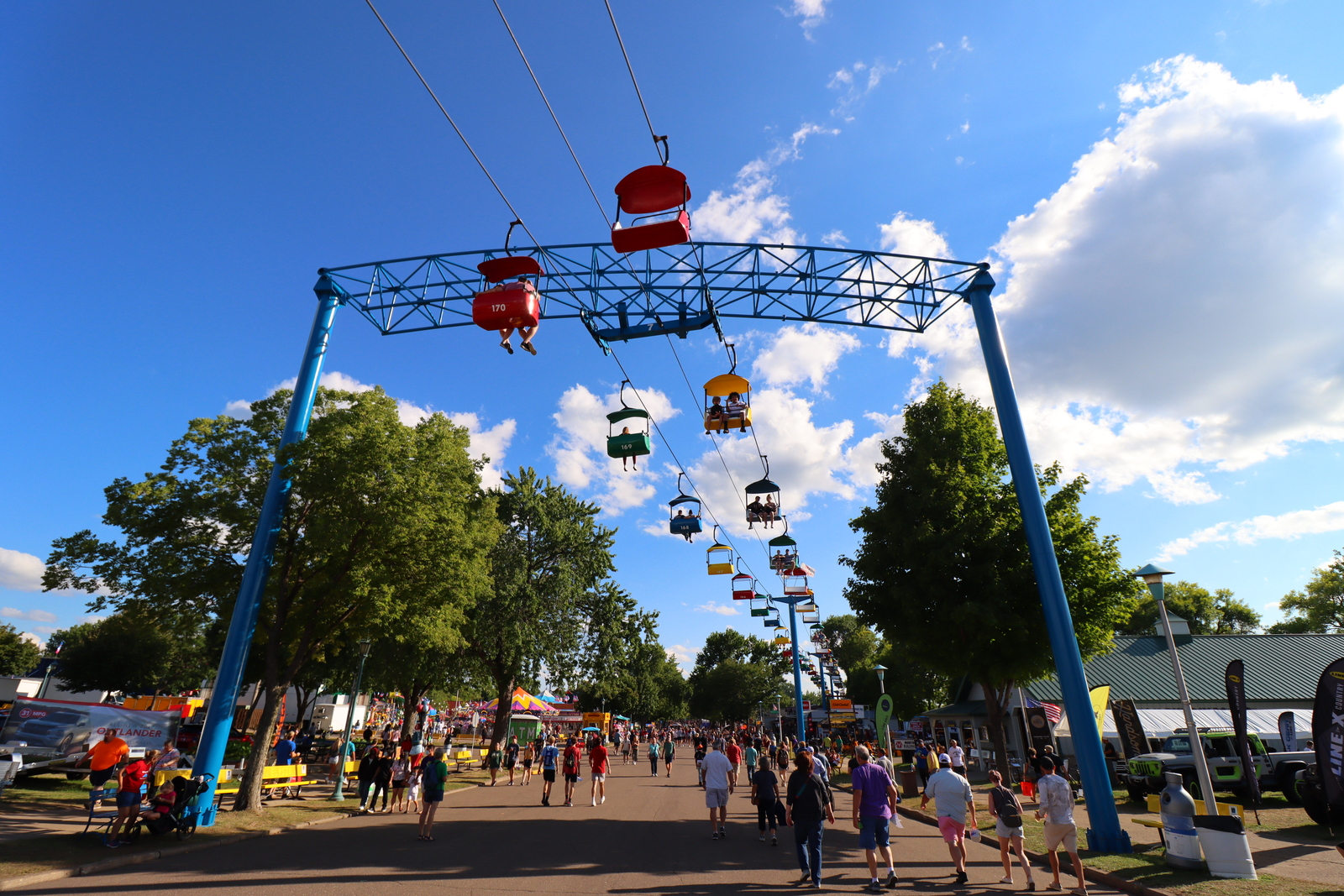 Few fairs are as iconic as Great Minnesota Get-Back-Together, which in 2019  attracted  2,126,551 attendees, breaking consecutive records six years in a row.
Last May, when the highest attended of the Midwest fairs announced its cancellation due to COVID, it made international news. Just about a year later, the fair again made news when it officially announced the 2021 fair would take place come August.

But what the pandemic protocols would be by midsummer could not be fully determined.  At the time of the announcement, the state was at the earliest reopening stages. Venues  that had opened, such as Target Field, were operating at 25 percent capacity and masks were mandatory. Coupled with the abbreviated time frame, the uncertainty of what restrictions would be in place opening day only furthered complicated planning.

“We were one of the first ones out and one of the last ones back,” said Jerry Hammer, Executive Vice President & General Manager of the Minnesota State Fair. “We had to give ourselves the greenlight to know what to do, because the restrictions kept changing. We did not know what the fair would be like until mid-June.  We wound up sending our vendor licenses out a month late.”

Hammer said operationally, specific plans for opening one of the biggest fairs in North America remained in flux well into June, even though the path forward seemed headed in a steady direction, albeit with unsurprising setbacks.  Commercial Exhibitors were down by 25 percent, to about 800 exhibitors, though at least some of the falloff was due to “natural attrition,” said Hammer.

Most of the entertainment contracts rolled-over from 2020, “the four Grandstand Shows, the ones we rolled over sold the best,” he said.  “For some of the shows, we only had a three-week sales window.”

COVID had also disrupted typical touring patterns. Hammer noted that most of the acts this year were  “fly dates, one offs, instead of a usual tour.” 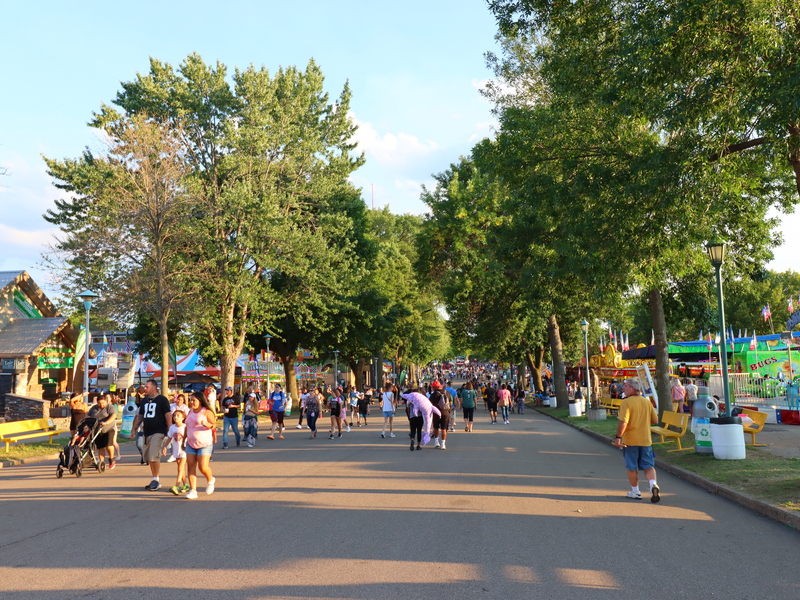 Like other fairs this summer, the Minnesota State Fair's  budgets were cut across the board, with advertising sustaining one of the deepest  lacerations. The 2021 marketing funding was $450,000, down from $1 million in 2019. Spending cuts meant the nearly total elimination of print, and a more locally focused marketing campaign. According to Lara Hughes, Marketing & Communications Supervisor, Minnesota State Fair, the “ reduced print advertising due to budgeting constraints and some due to publications going out of business since 2019.”

Otherwise, the traditional media buy also included radio and TV in the Twin Cities metro area. The more localized scope of the 2021 campaign focused on “bus sides, digital billboards, and limited social media ad buys which were also part of the mix in the seven county metro area,” said Hughes. “Social media was not only used to promote all aspects of the fair, but was also used as a tool to disseminate key information and updates.”

Showcased throughout all platforms of the marketing and public campaign was COVID messaging. “We actively encouraged people to think about coming if they didn't feel safe,” said Hammer. “A lot of people had concerns.” 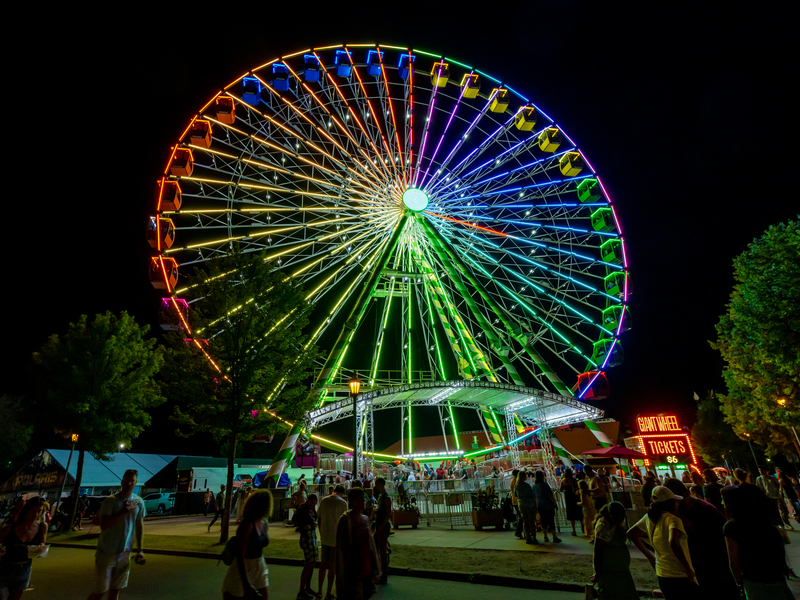 Attendance dropped to 1,301,584, a drop of more than 800,000 from 2019. Covid-19 produced a lot of factors suppressing attendance, particularly the decline in out of state visitors due to travel restrictions and other issues. Hammer prefers to look beyond statistics when comparing this year's attendance to previous fairs.

“If we followed the same trajectory, we might spike up, but it's completely unsustainable,” he said. “In the fair biz we are always chasing last year's fair. It would be impossible to repeat 2019, or grow to infinity and beyond a half a percent every year. If the Twins could have a 140 season, they would. Nobody was counting on normal this year.”

Even the weather pulled unwanted surprises. “It was lousy,” he said. “Not since 1970 have we had two storms in one day. We cancelled a parade after it started, 15 minutes in. We had one storm at 2:30 pm then another blew in at 8:07 pm. Miranda Lambert went on two hours late, but she was determined to go on for her fans. Most of the audience have been holding on to those tickets for two years.”

The drop in attendance at least – in theory – might mean less stress on the already overstressed crew.  “I don't know if we could have handled more people,” he said. “We had full time staff working all hours. I saw our own HR manager emptying trash cans and you know, they have to be emptied three times in 12 hours every day.”

The per-cap spending showed an uptick from $26 to $29.44. “Like other fairs, some of the increase has been because of higher food prices, but not all of it,” said Hammer. “A lot of vendors charged the same,  but some had to increase prices. There were some problems with the supply of turkey legs. But that doesn't account for the fact that people were out having a good time again. After spending all this time inside worrying and grieving, you could really feel just the joy of people being able to be back at their fair.” 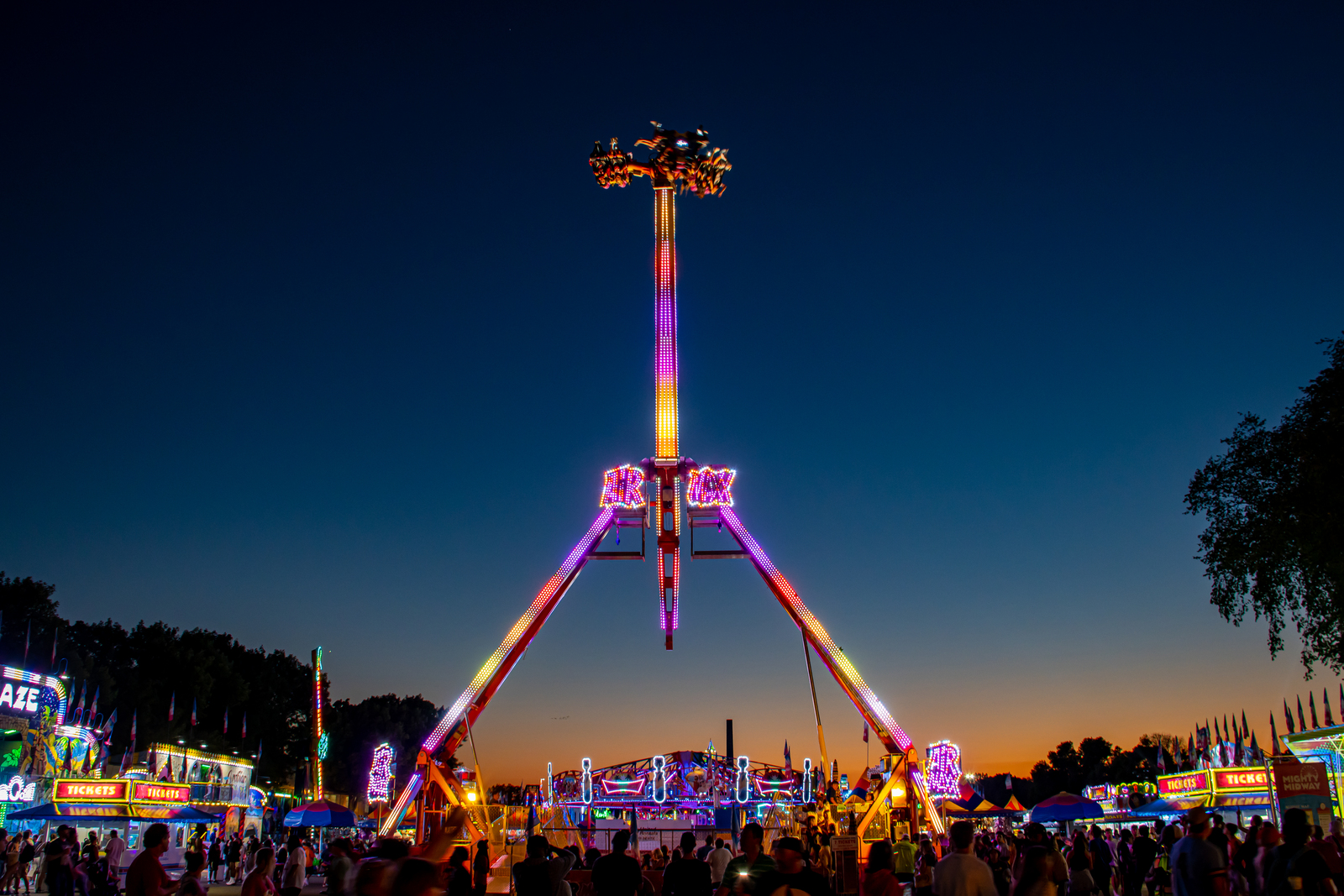 One of the largest independent midways in the Midwest, this year's Minnesota State Fair contracted with 21 ride companies and 11 game operators, about the same as 2019. The midway itself was affected by some shrinkage, but still boasted  55 rides – 25 in the Midway; 30 in the Kidway –and 46 games. “The challenge for ride/game operators and their ability to make commitments is in securing labor,” said Jim Sinclair, Deputy General Manager, Minnesota State Fair.

“Four fewer rides and two less games gave us the opportunity to space things out a bit in the midway for social distancing, plus, the fair provided hand sanitizer units at each ride and game,” said Sinclair. 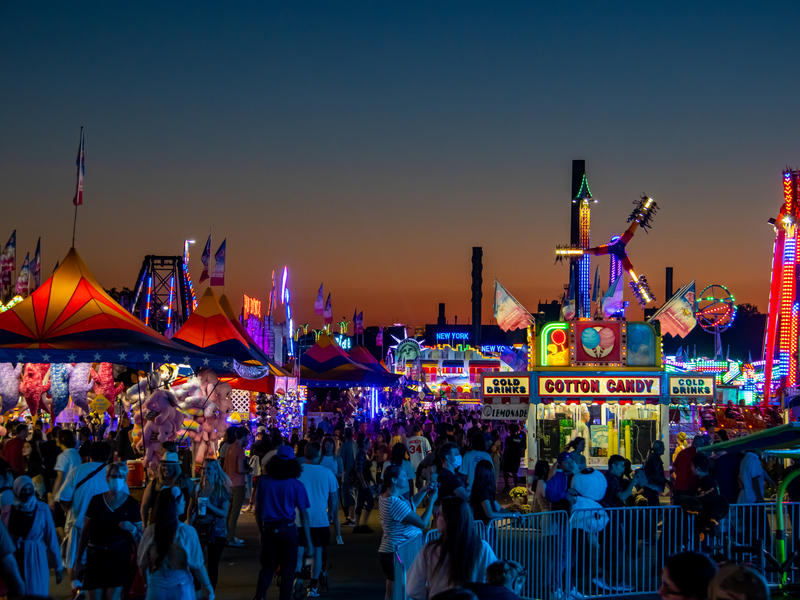 Minnesota, like the rest of the country, particularly the Midwest, experienced an uptick of COVID cases in the months of July and August. New COVID cases were spiking at 10,000 per week, and news reports claimed that 153 cases were tied to the fair, out of the more than 1.3 million attendees.

Hammer points out that in the tracing data cited by the media, there were many other possible points of contraction, such a Target and other common public places.  But even if every case was somehow traced back to the fair, “the transmission rate per 100,000 at the fair is considered low incidence by the CDC. The rate is half of what it is in the Twin Cities. Even under the most dire predictions, you were safer at the fair than outside.”