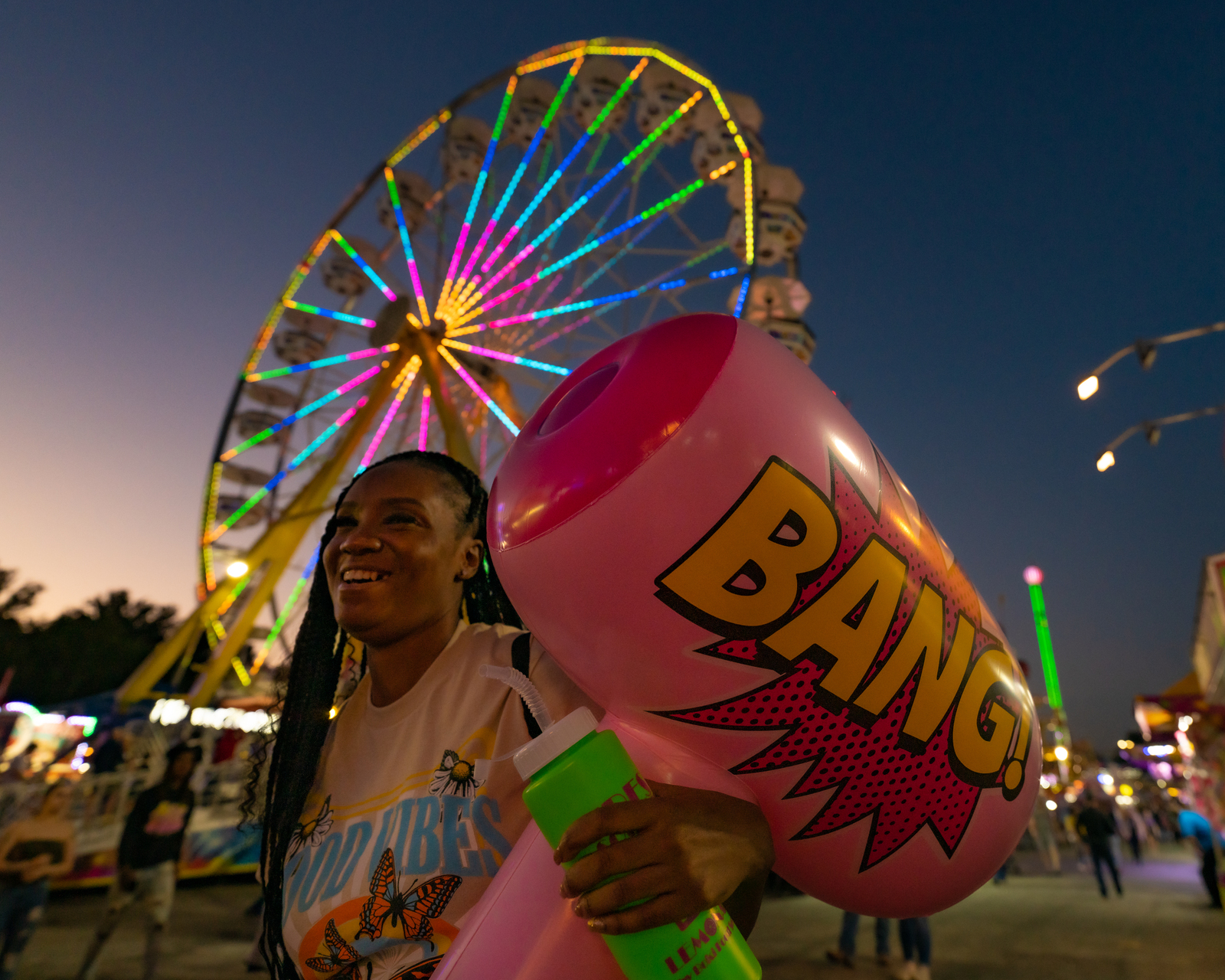 While having an interim fair manager is not uncommon, having a temporary fair manager because the top spot, for whatever reason, could not be filled by opening day is still far from the usual for fairs. The Arkansas State Fair took this peculiarity one fair further and held two consecutive fairs guided by interim fair managers. Since both fairs set attendance and spending records and continued its upward trajectory as one of the fastest growing fairs below the Mason/ Dixon line, perhaps the position of full-time fair manager is over-rated.
The snarky facetiousness of the preceding remarks aside, the back-to-back interim fair managers was an effective solution to a temporary circumstance that exemplifies the fact that a successful fair is as much dependent on team as on team captain. Just before the 2021 fair, the fair manager abruptly resigned and the team rallied around Anne Marie Doramus, currently Arkansas Game and Fish Commissioner, who was appointed last minute as Interim General Manager.
The search for a permanent captain could not be completed in time to organize, plan and contract the 2022 fair, so the Arkansas State Fair, the 17th largest fair in North America in 2021, according to Carnival Warehouse, use a committee model.
Tiffany Wilkerson, a 20-year veteran of the Arizona State Fair, whose titles have included the Commercial Exhibit's Director and Gate Sale Manager, took the role of acting Interim Manager, but all decisions were made by a 12 person committee made up of experienced staff members and department heads, representing all segments of fair operations.

How productive was the politburo approach to fair management? “The 2022 fair was the second largest of all time, only surpassed by the 2021 state fair,” said Dan Sawyer, Spokesman for the fair, and the committee member in charge of marketing. He's also Senior Director Of Accounts & Business Development for GWL Advertising, the fair's advertising agency.
Unsurprisingly, since most of the committee members have both worked, for and together, for the fair for decades, an esprit de corps attitude permeated the collective, with most votes unanimous and teamwork prioritized. “We had 100 years of combined experience,” said Sawyer. “The arrangement was to ensure a successful 2022 Arkansas State Fair and allowed more time to continue the search for the next General Manager.”

Attendance reached 476,114, a dip from last year's 539,358, with the major cause attributed to two days of rain. When Mother Nature's mood was sunny, fairgoers turned out. “Wednesday, Thursday and last Saturday were all-time records,” he said.

The North American Midway Entertainment (NAME) midway featured 50 rides, and the debut of the latest jewels in the largest midway provider in North America's crown. “This year, NAME brought two new rides - the Raptor Run and the Double Decker Merry-Go-Round, both of which drew plenty of guests who were looking to try them out,” said Lynda Franc, Corporate Marketing Director, NAME. “The Arkansas State Fair is certainly doing a lot of things right which has contributed to their successes. They have strong supporters in the community, an excellent marketing plan, and they have a really good product that they are offering in terms of an exceptional event.”
She added, “We did see a lot of the same challenges this year that you saw across the entire industry, but we've been learning as we have gone along and this has provided us with the opportunity to continue to provide top quality midway experiences to our fair partners.”
The fair's marketing plan centered around a tagline invoking southern charm and community –See Y'All There! The mix was 39 percent TV; 15 percent Radio; 3 percent Outdoor; 7 percent OTT; 2 percent Streaming Audio; 29 percent Digital/Social Media; and 5 percent Print/Digital Print. Spending allocations were similar to 2021, except for “A very small increase in the TV budget was added to boost advance awareness and sales,” said Sawyer.
Driving the campaign this year was an expanding social media presence, the most striking change from 2021. “Heavy focus on social media,” he said. “ Our agency has a full social/digital team running analytics, strategy, tracking, placement and reporting for the Fair. (We included) Strategic audience identification, geotargeting, influencer marketing, search, added TikTok, etc.”
He added, “Weekday attendance and new visitors continued to grow due to the new marketing campaigns.”
The fair had plenty to promote, with top headliners this year being The Wallflowers and Blanco Brown/Megan Moroney. In addition, Hispanic Day (Sunday) featuring Sonora Dynamita, was a massive draw.
Always a draw, the fair showcased “53 independent food vendors,” with top fair cuisine items including “Corn Dogs, Deep Fried Lasagna, Flamin Hot Cheetos, Razorback Stack and Funnell Cakes.”

The fair did experience negative publicity. On the fair's first “$2” day, a fight among teenagers broke out and clashed with the Arkansas State Police, who confirmed nine arrests for disorderly conduct and 50 ejections from the state fair. The police ordered the fair to close early – 9:30 instead of 10:00. According local reports, incidents started occurring around 1:00pm, “as the fair experienced heavy crowds… out of the arrests and ejections made more than half were juveniles.”
Sawyer, saw the police action as a positive that prevented any escalation of under-age violence on the fairgrounds. “A more strictly enforced no-tolerance policy was enacted this year which led to more ejections and arrests “on the books”. It sent a message to those who were not coming for the right reasons…and a good message to send to the public that patrons who do not follow rules will not be tolerated. It created a better environment for all fairgoers.”
Did the second interim fair manager – and fair by committee fair – live up to expectations or just successful crisis management? Sawyer admits that “expectations were high for this year's fair. Coming out of a record setting year, we knew the economy may play a factor into the attendance numbers. With two key days of rain early in the fair, we knew the record setting number of 2021 would not be met. However, the strong marketing campaign and highly engaging creative helped draw traditional fairgoers and a new crop of fair patrons. Fair management and fair sponsors were very pleased with the results.” 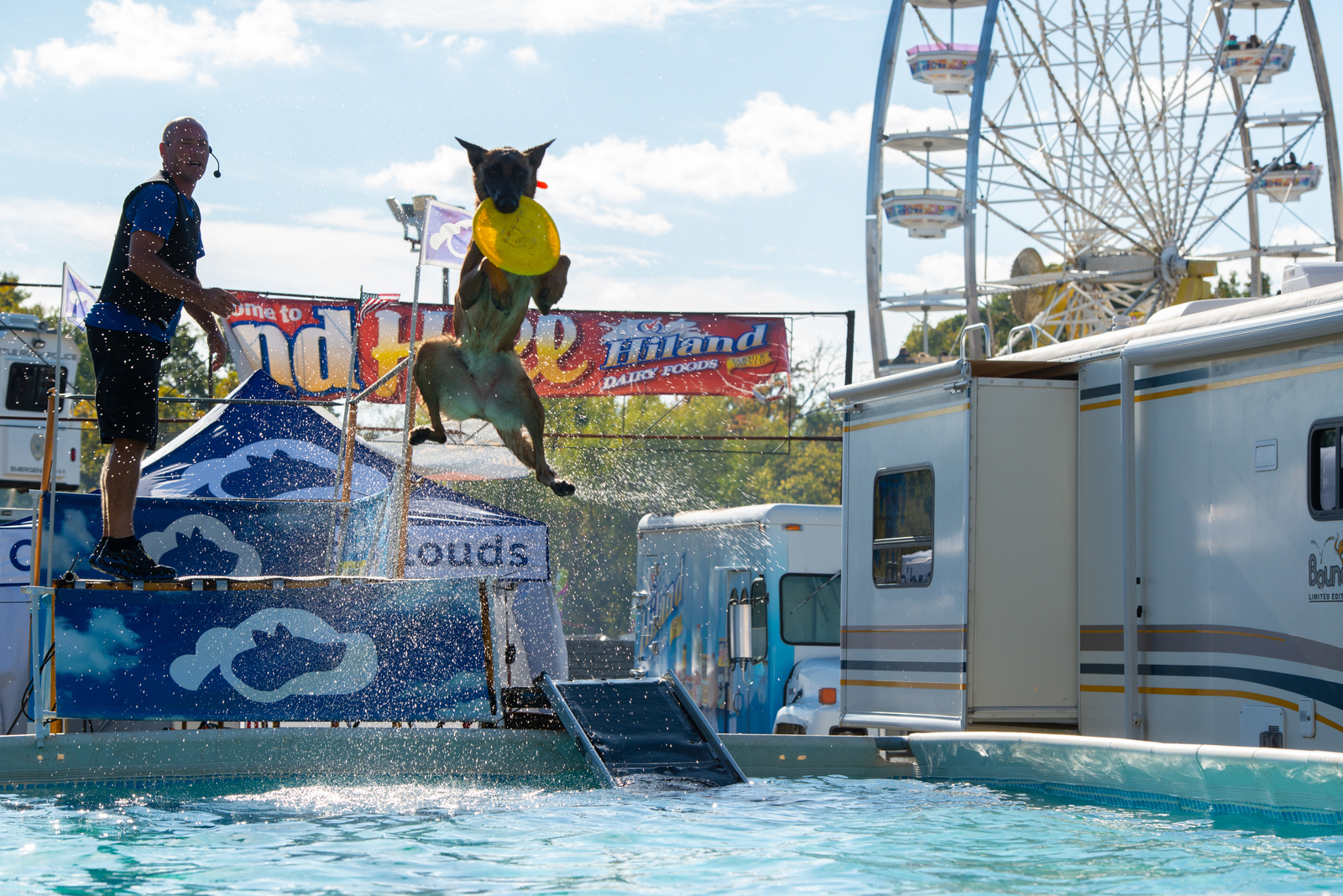 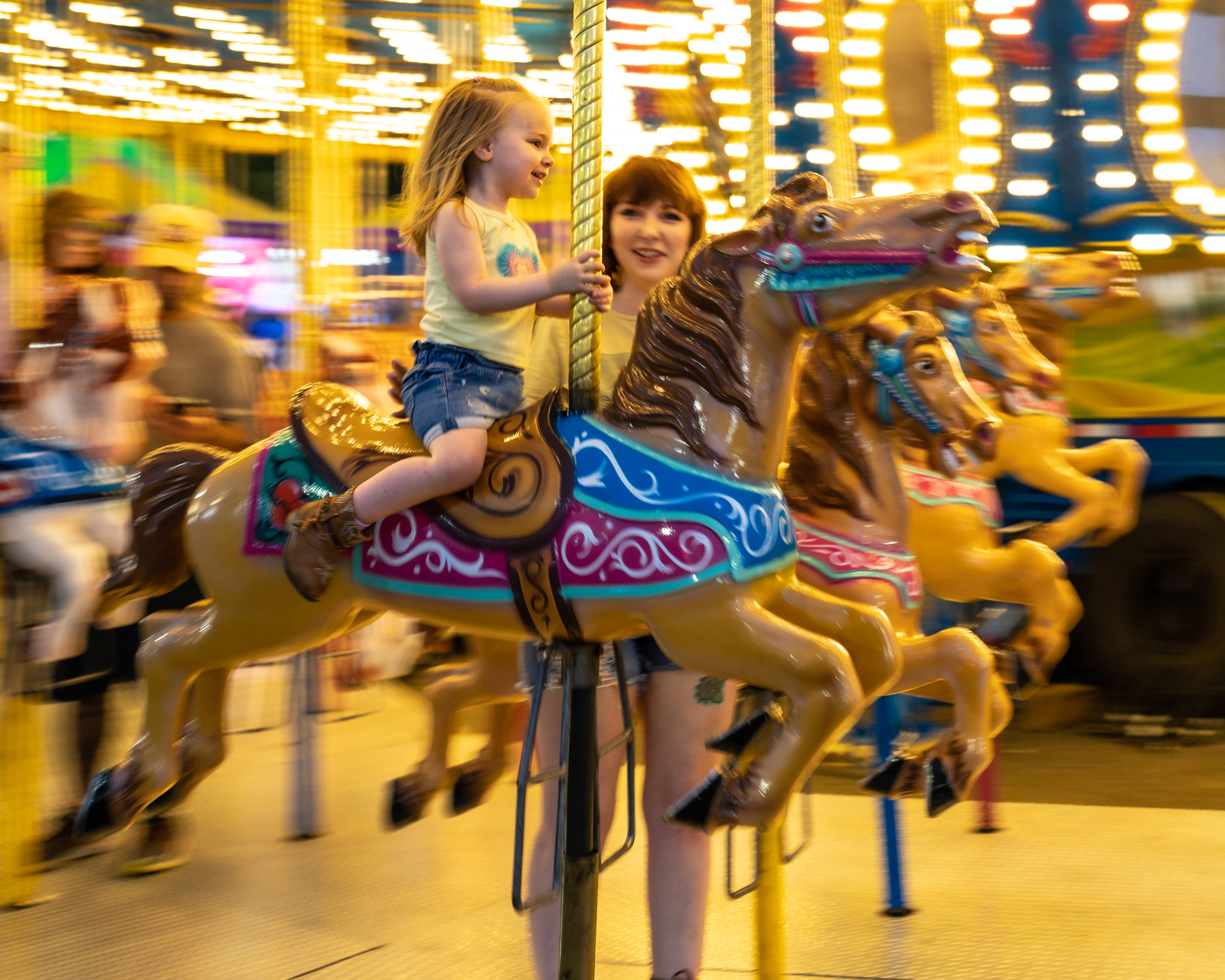 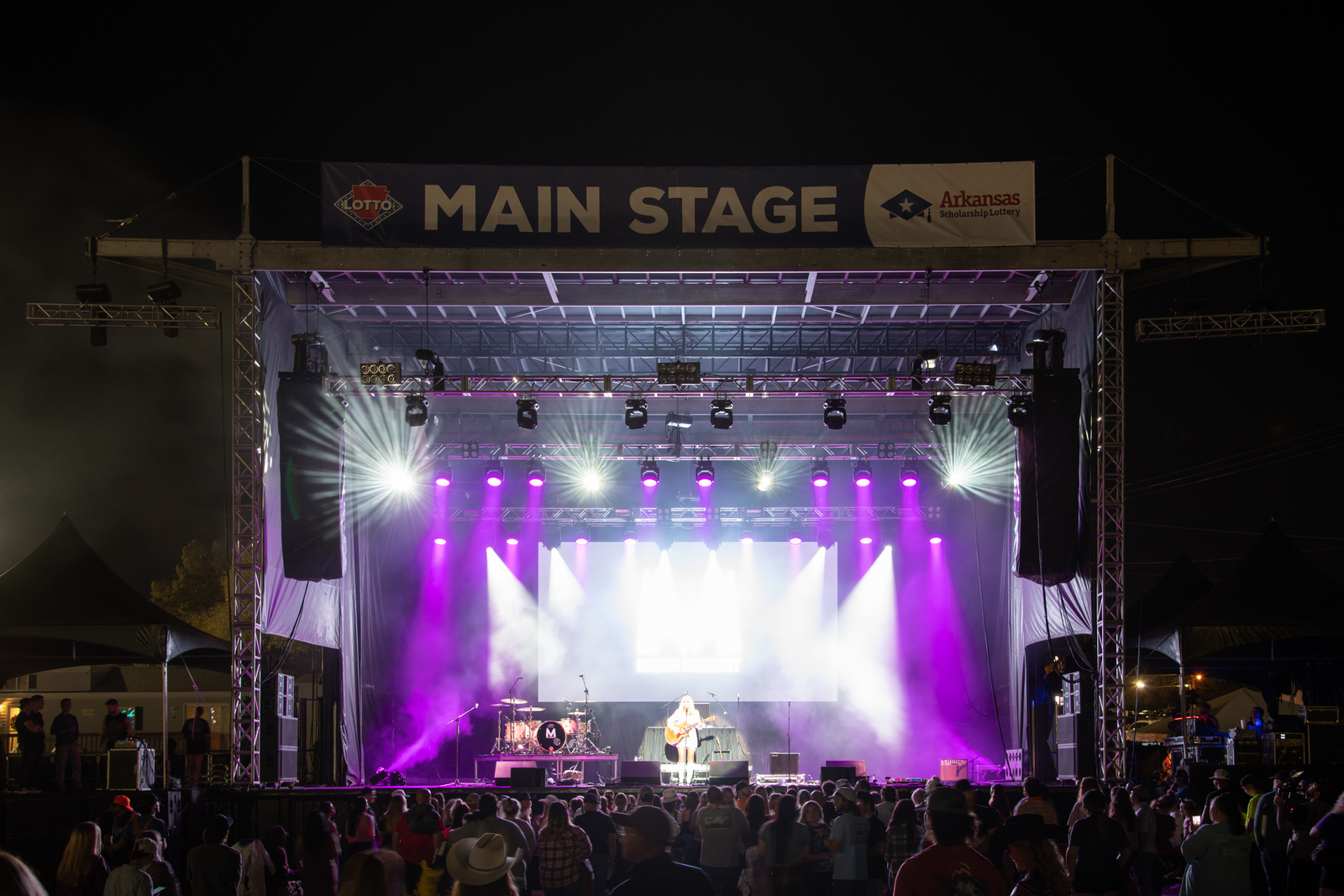