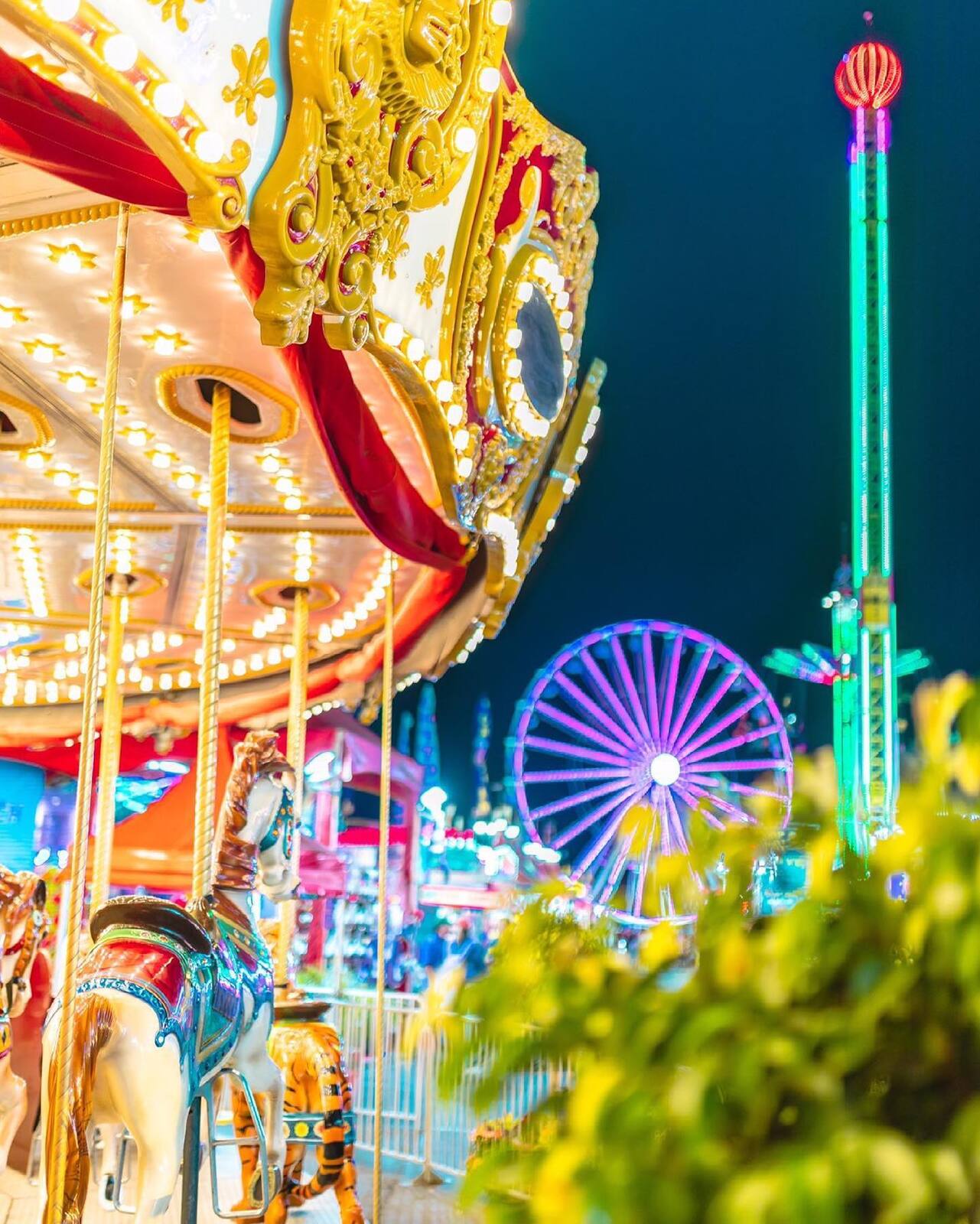 Fairs and carnivals are making their return to Arizona for 2021. A round-up of fair events reveals a celebratory mood is in store for the state, particularly as summer gives way to the more temperate fall.

The Coconino County Fair recently put out a call for its 2021 vendors. Held virtually last year, the fair annually attracts about 45,000 visitors, and is scheduled this year for its annual Labor Day Weekend in Flagstaff. Admission will be $8. 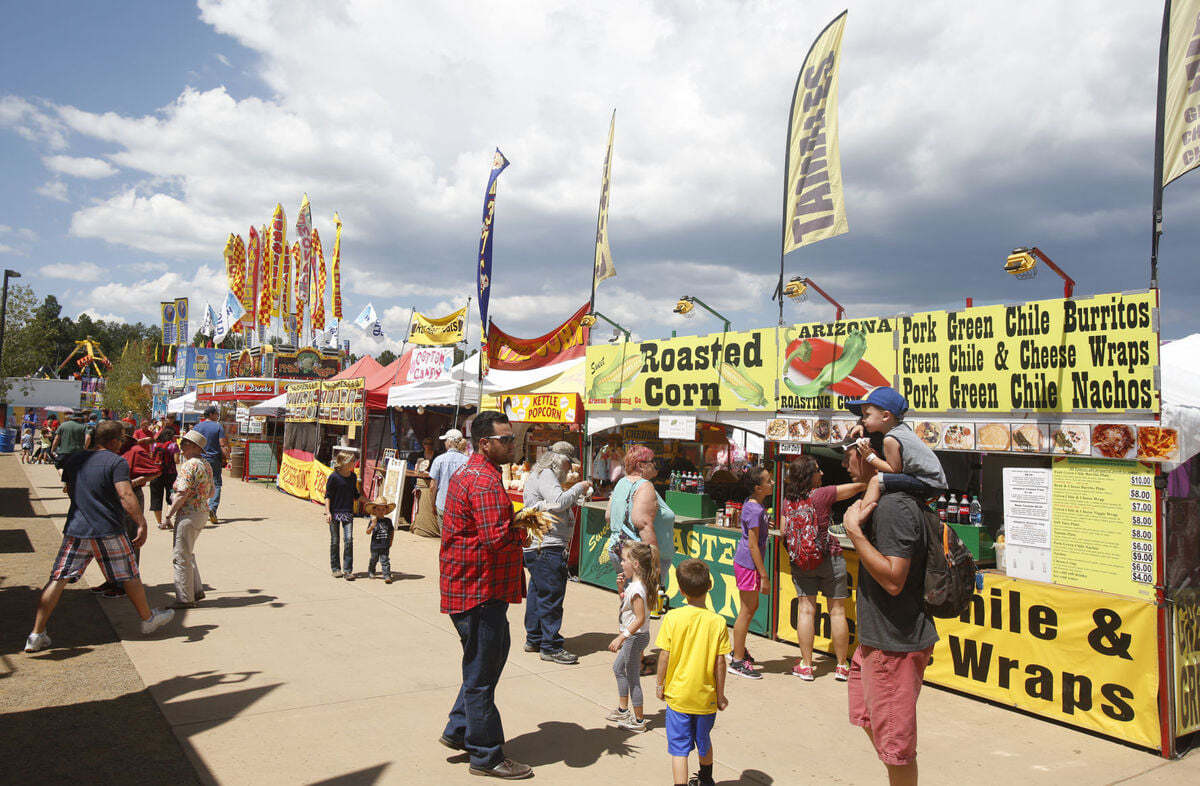 The Yavapai County Fair in Prescott draws a peak crowd of over 88,000 visitors and is held September 9th through 12th. Admission is $6 and includes arena shows from a greased pig contest to rodeo. The fairgrounds already hosted a Spring Carnival in mid-April, with rides provided by Browns Amusement from Mesa. The Prescott Valley Chamber of Commerce is holding its own PV Days Carnival May 7 through 9. The 33rd such event, rides are provided by Sun Valley Rides. According to chamber and events manager Gloria Grose, there will also be a comedy night, a Friday “Fiesta Del Pueblo” event with Folkloric Dancers, and an artisan market at the carnival, which is designed to appeal to all ages, Grose asserts.

With a rodeo, Little Buckaroo Rodeo, live entertainment, a demolition derby, livestock, an antique tractor show and carnival, the Navajo County Fair in Holbrook will run starting September 15th. Celebrating its 90th year and drawing crowds of approximately 26,000, the fair will use Frazier Amusements for its carnival and midway. Joe Stoddard and Washboard Willie are among the scheduled entertainers. Fair admission is $5, rodeo and demolition derby tickets are $9, and Little Buckaroo Rodeo admission is $6. The rodeo events and derby are major attractions for the fair.

Mid-September welcomes back the Apache State Fair in St. Johns. That fair includes local musical acts, rides, and arts and crafts. It runs September 8 through 15 this year.

The 52nd Gila County Fair will take place in Globe, Ariz. September 23 to 26th. The event and exhibition schedule are both still being finalized, but an in-person event will be held this year. In 2020, the fair held virtual exhibitions including livestock.

In October, Phoenix will host the annual Arizona State Fair at the state fairgrounds. Admission runs from $5-10 depending on day, and the fair will be held October 7 through 31st. Attendance annually tops 1,250,000 visitors and features ten stages of entertainment at the state's largest event.

The 2021 Arizona State Fair will be moving away from the fairgrounds at 19th Avenue and McDowell Road to a new home at Wild Horse Pass near Chandler. It is said to be a "temporary" move. This way, the state fairgrounds will continue to be available for public health needs, like COVID-19 testing and vaccinations. The fair's placement on Native American lands will also allow for a focus on native culture and heritage, fair officials say.

Johnathan Lines, chairman of the state fair board made the move official to allow more space and safety for the large-scale fair than that which is available at its usual Phoenix site. “While we are hopeful that vaccine distribution will mean a return to normality, this temporary location gives us the ability to plan and ensure the Fair goes on no matter what,” Lines states.

The temporary move coincides with the fair's 116th year. Last year's event was canceled; however, a drive-through food event brought favorite fair treats such as Nutella funnel cakes in late September 2020. The COVID-19 cancellation in 2020 was not the only time the fair had to be discontinued. It was also suspended in 1918 because of the Spanish flu outbreak, and during  the Great Depression, as well as due to World War I and World War II.

The much larger space in Chandler will allow for ease of social distancing and other safety protocols. Over 75 rides are planned from regular carnival purveyor Ray Cammack Shows, and over 100 food booths. While social distancing and hand-sanitizing stations will be in place, masks are suggested but not required.

As a warm-up to the big fair, this spring the Phoenix site is hosting a special Crazy Times Carnival with over 20 rides including the KMG G-Force, Zero Gravity, and a Eli Eagle-16 Ferris Wheel, and a dozen midway games. There are ten food vendors also present including the popular Fried A Fair, and vendors including palm reading. The event ran through May 9th with $5 admission or $40 for admission plus an unlimited ride wristband. 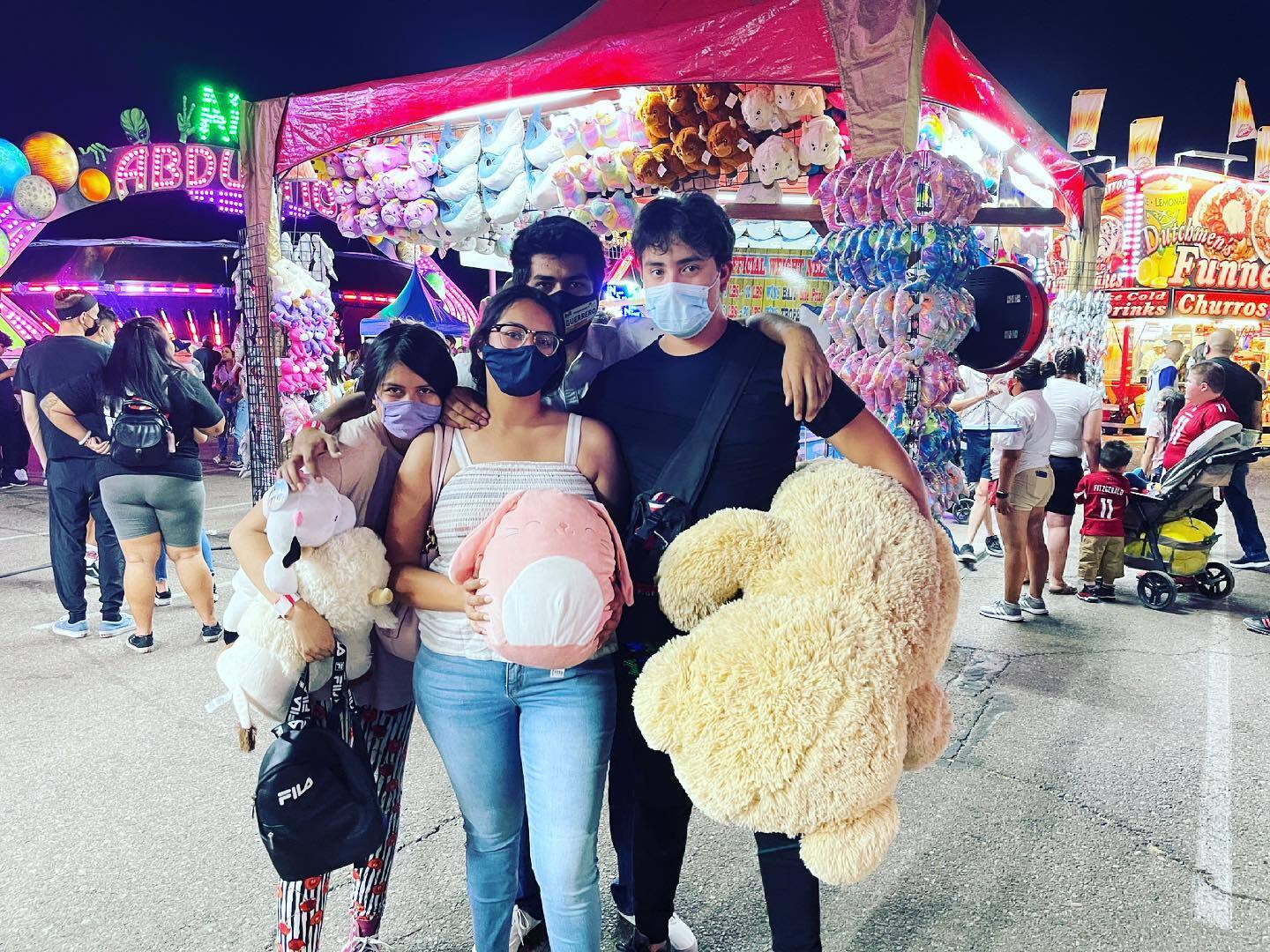 Jennifer Yee, Arizona State Fairgrounds spokesperson, notes that Ray Cammack Shows, as a longtime partner of the Arizona State Fair is also the company behind this spring carnival. The fair site had offered COVID-19 vaccinations; Yee notes that Banner Health ended its COVID-19 clinic earlier than originally planned. Along with an opening in the Ray Cammack Shows' scheduling, running this event was viewed as an excellent warm-up for October's big event.

Ray Cammack Shows also held a carnival in March in the parking lot of the Phoenix Premium Outlets; attendance was strong at both events.

Along with the State Fair, also in October, the Graham County Fair at Stafford is “Barn to be Wild.”  Drawing around 26,000 annual attendees, the fair was canceled in 2020 but is scheduled for October 7 to 10 this year. Masks and social distancing are required; masks will be provided for those without one. Last year, the fair did operate but it was modified, running in a limited fashion without a carnival or live entertainment.

Looking ahead for 2022 is also a part of the Arizona Fair calendar. Fairgoers will find the Maricopa County Fair event scheduled for the Phoenix fairgrounds in April 2022; Tuscon will host the Pima County Fair that same month.