All is Not Fair in California for 2020 Fairs and Festivals 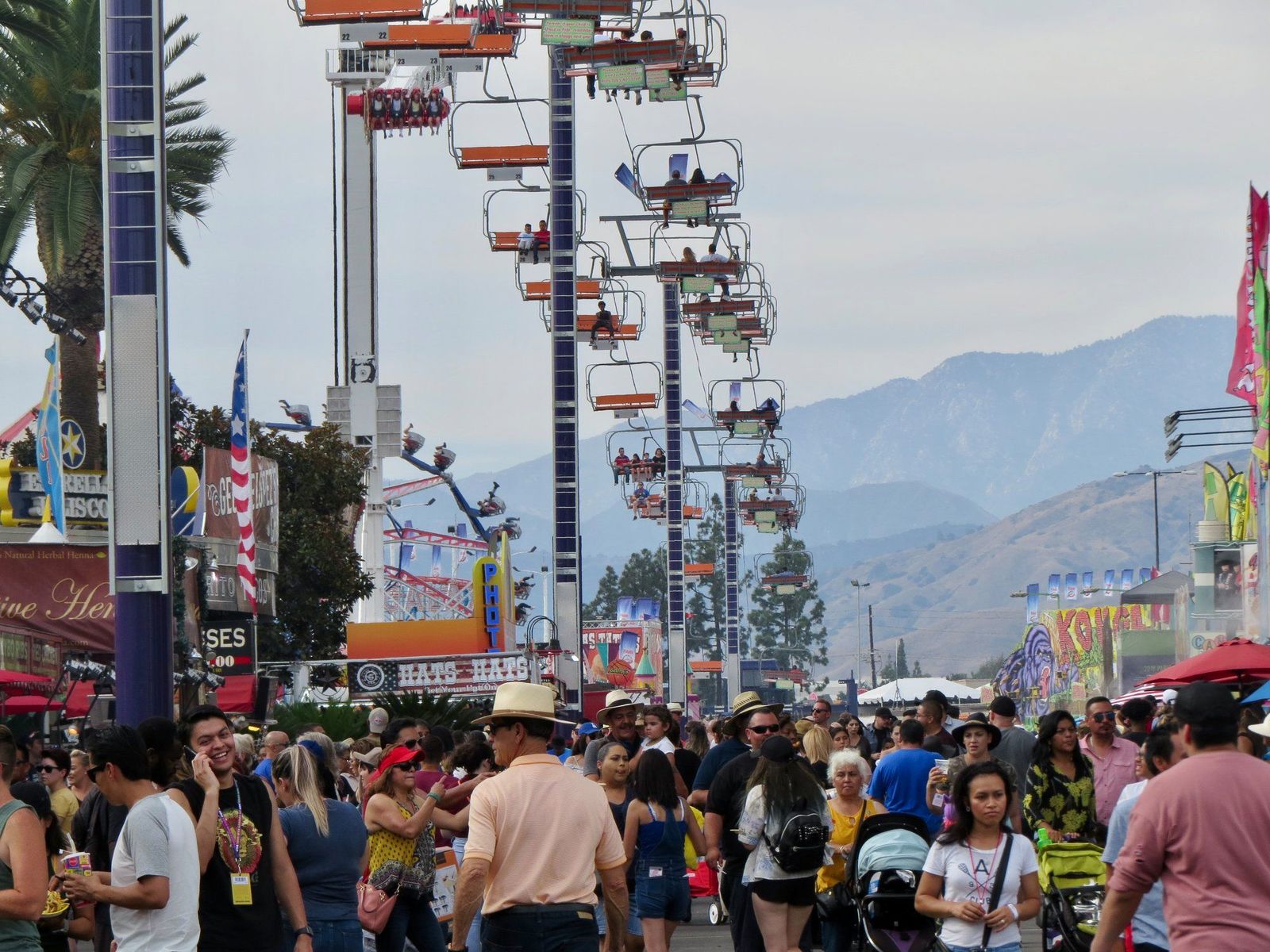 The LA County Fair Attracted over 1 Million Guests in 2019, but will attract 0 in 2020
The fair, traditionally ranks within the top 20 of CarnivalWarehouse.com's Top 50 Fairs Ranking. Photo by Steve Hinz.

A few bright spots and many canceled dates marks the 2020 fair and festival season in California.

In the canceled category is the San Mateo Country Fair, canceled for only the 2nd time in its history; the Calveras County Fair & Jumping Frog Jubilee, and the San Bernadino County Fair, as well as the massive Los Angeles County Fair, in what is also only its 2nd-ever cancelation; the Orange County Fair; and San Diego County Fair. Fairgoers are disappointed, carnival operators are losing massive amounts of income amid the canceled bookings, and counties and states themselves are taking big losses.

The San Diego County Fair normally draws a month's worth of visitors totalling over 1.5 million between the first week in June and early July; the OC Fair draws nearly 1.4 million fairgoers mid-July through mid-August. Also canceled: the California State Fair itself, a state tradition for 165 years.

OC Fair chairman Sandra Cervantes issued a statement that sums up the tough decisions made by fair boards across the state. “As governor-appointed representatives, the board has a responsibility to provide a safe experience to the community at large, the hundreds of people who depend on county fairs for their livelihood, fairgoers and …staff.” Cervantes added “While many of our guests have expressed extreme disappointment over the idea of the 2020 Fair being canceled, we strongly believe it is the right thing to do in this current situation.” The possibility of virtual fair experiences through ocfair.com and on social media is still being considered.

The Los Angeles County Fair, housed at the Fairplex in Pomona was to have run throughout the month of September. During the Covid-19 crisis, the Sheraton Fairplex Hotel has housed medical staff and first responders exposed to the virus; and the grounds have offered free childcare for families of first responders and essential workers, as well as hosting a drive-through food pantry.

The Fairplex also canceled 30 other events normally held at the facility prior to the fair, including a 4th of July event KAMOOM!; Oktoberfest, and a Day of the Dead celebration. It has furloughed approximately 80% of its workers. According to Fairplex President and CEO Miguel A. Santana, “The LA County Fair is an iconic event that celebrates the best of Southern California. It is beloved by many. But we had to take into consideration the health and safety of everyone.” The LA County Fair sees approximately 1.1 million guests over the course its 19-days, and brings in approximately $324 million annually in Los Angeles.

Gone too until 2021 are fairs in Contra Costa, Marin, Sacramento, San Mateo, Solano and Sonoma Counties.

But other fairs are still going forward. In El Dorado County, significantly removed from major metropolitan areas, the fair was moved from four days in mid-June, to July 9th through 12th. Held in Placerville, this year's theme is Stars and Stirrups, paying tribute to horse and their riders. In a pre-sale through July 8th, general admission for ages 13 and up is $10, a $2 discount off regular fair admission pricing. Parking is $7, according to media representative Suzanne Wright. 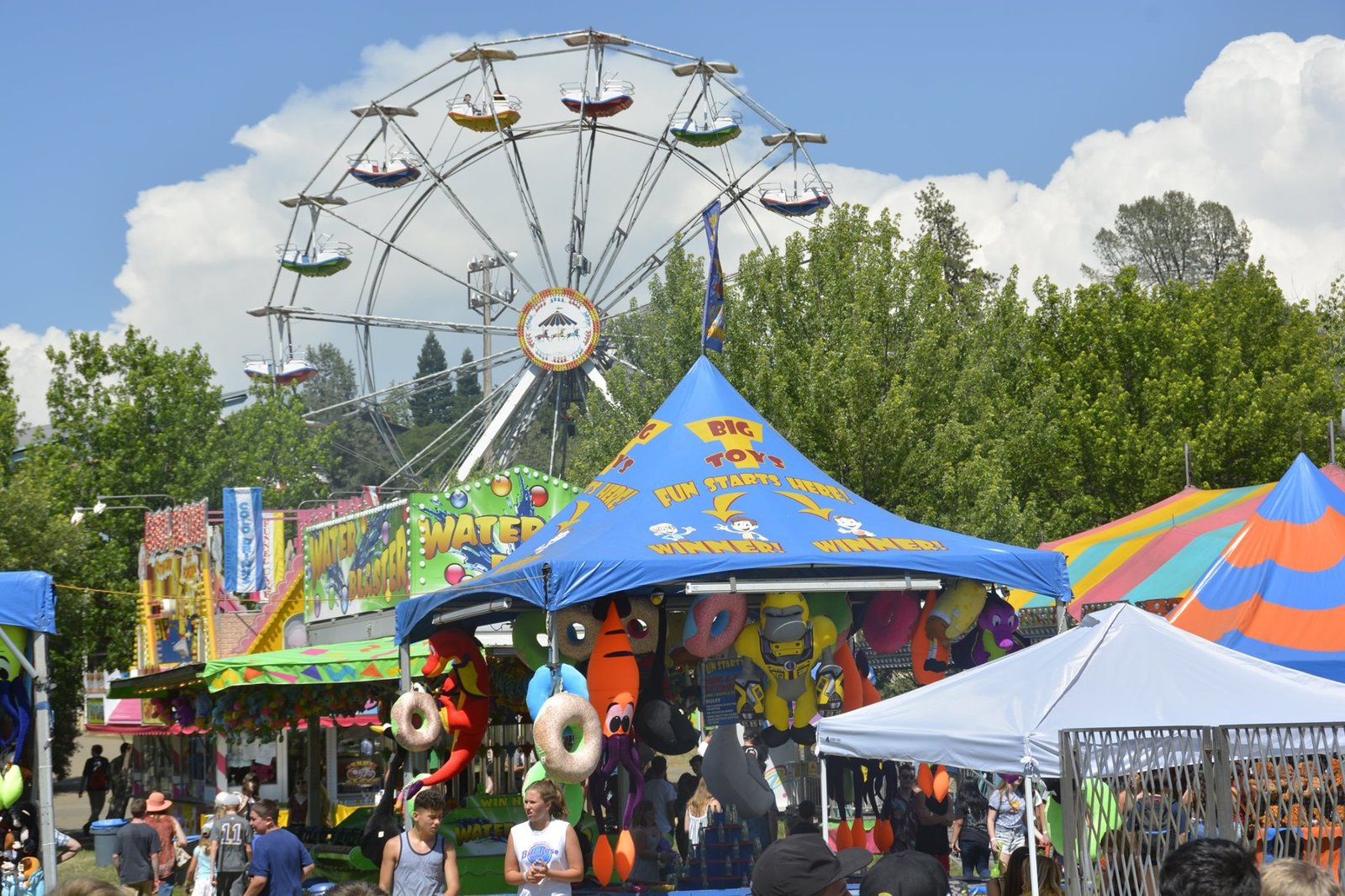 Among the attractions is a daily Circus Imagination and Clown College interactive skills attraction geared to families and kids of all ages; and of course, the Paul Maurer Shows midway. The carnival is offering a new major ride this year, the Freak Out from KMG.

Also scheduled to run despite the other cancellations, is the Lassen County Fair planned for July 15- July 19. Tickets are $7 for adults, $4 for seniors and children 6-12 with kids under 5 entering free. A carnival ride pass is $35 on site, $25 in advance for a full day of rides. The fair's carnival is also provided by Paul Mauer Shows. The fair is held in Susanville, Calif., and usually draws around 35,000 visitors.

While the Solano County Fair will not be running in real life this year, the fair's staff will offer the Solano County Virtual Fair over a four-day period, June 18-21. The event will feature both live and pre-recorded entertainment available for streaming on the fair's website and on social media, according to fair CEO and executive director Mike Ioakimedes.

The event will include kids' activities, contests, and opportunities to donate to the fair. There will be a daily DJ dance party; kids story time; performances by Ballet Folklorico Moon Azteca, painting lessons, and poetry readings. There will also be the League of Chefs Cooking lesson contests, How Many Jelly Beans contests, and a TikTok#ChairDance Challenge.

â€‹The Chelu Car Club will offer a car show with drone coverage; there will be fair vendors offering online shopping experiences, and restaurants connecting with virtual fairgoers for fun online and delivery orders.

At present, there have been over 500 entries in the fair's Youth Solano Living competition and 100 in the livestock competition and auction schedule for June 20th. Sponsorship opportunities are being offered to help support both the online event and the fair itself.

Other fairs, such as the Antelope Valley Fair & Alfalfa Festival in Lancaster, remain up in the air, with a “celebration” planned but no firm offerings yet discussed for the late August event. The Big Fresno Fair is still planned for early October, as is the Desert Empire Fair for the end of October.

Even outside California, fairs are being reconsidered or are outright being canceled in the Western region, such as the Alaska State Fair, despite very limited virus impact on the state.  Other events, such as North Central Washington and North Idaho state fairs both scheduled for August dates, remain under consideration.

The fair, traditionally ranks within the top 20 of CarnivalWarehouse.com's Top 50 Fairs Ranking. Photo by Steve Hinz.