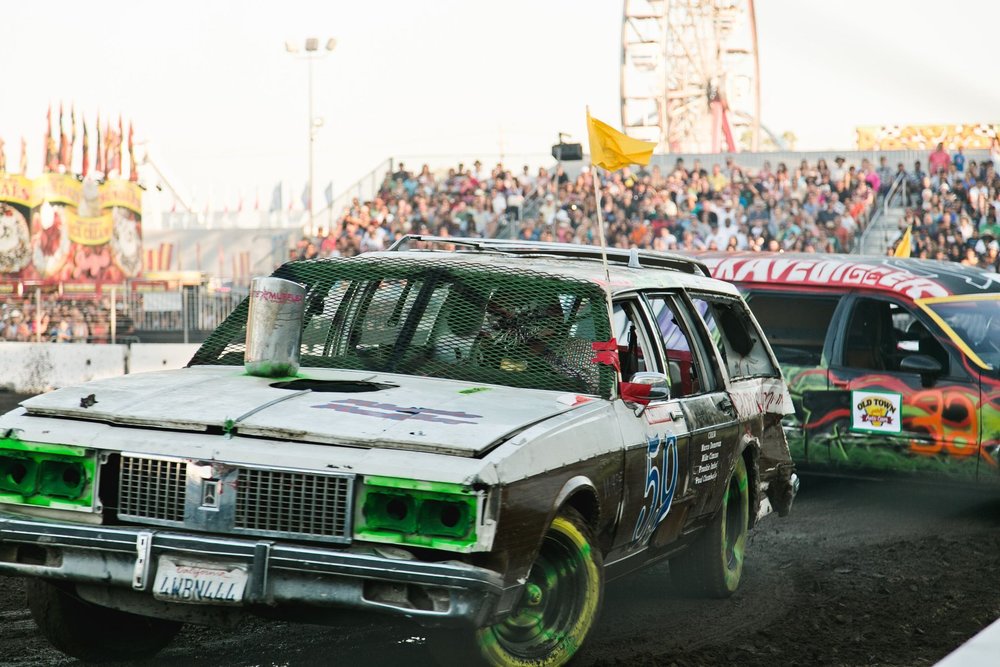 All these elements contributed to increased attendance, and robust attention from website and social media users.

The fair is operated by the non-profit Fair Association, and is ranked as one of the Top 50 North American Fairs and the 7th largest in California. The fairgrounds itself is home to the Oldest One-Mile Race Track in the U.S. The fair ran from June 14 to July 7, Wednesday through Sunday from 11 a.m. to 11 p.m., with shorter hours on July 4th.

The fair’s 18-day run included a concert line up that featured everything from the Steely Dan Tribute Band, Aja Vu to Vince Neil of Motley Crue, and Tommy Castro and the Painkillers. WAR, Ashanti, Trace Adkins, the Gin Blossoms, Sheila E and Loverboy were among the top headliners. Concerts were sponsored by Big O Tires.

Fireworks lit up the sky nightly following each concert performance. On June 28th, a separately ticketed Fireworks Spectacular was presented.

There were also vibrant cultural festivals highlighting the multi-cultural roots at of the Bay Area community. The fests included Fiesta a la Feria, Bollywood at the Fair, and an Asian Pacific Celebration. They were new this year, and each featured its own live entertainment, cooking demos, and attractions. In addition, there was Out at the Fair, celebrating LGBTQ pride, attractions, cooking demonstrations, and more.

According to Angel Moore, the fair’s vice president of business development,

“The Alameda County Fair prides itself on community and inclusiveness.” She said introducing the new festivals was exciting, and added “…to recognize the importance that diversity plays in all communities throughout the Bay Area.”

The fair offered several popular returning events this year as well, including the Brew Fest, Wine Fest, and Cocktail Fest. These events were ticketed, and could include fair admission or be purchased separately from admission.

The Junior Livestock Auction took place July 7th at the Amador Pavilion, and was held prior to opening time at the fair on its final day.

The Kids Pedal Tractor Pull was another popular activity for the younger set.

Adults got in on racing action, too, with horse races taking place at the Stella Artois Grandstand. The $50,000 Oak Tree Sprint Stakes and the $100,000 Everett Nevin Stakes added further excitement to the racing scene. Live horse racing followed a 15-day schedule which began on opening day and ran through the fair’s final weekend.

Also at the Grandstand this year was the Encounters UFO Experience exhibit for some out-of-this-world fun.

A variety of discounts helped draw crowds to the wide-ranging fair. Free admission until 3 p.m. was offered on June 14th; dads were admitted free on Father’s Day until 5 p.m.; children were free on two Thursdays until 5 p.m.; and Boomer Free Fridays allowed attendees age 62-plus to enter free until 5 as well.

Pre-fair date discount tickets were available as well, with $15 general admission dropped to $12 prior to the 13th, and $10 senior and kids tickets reduced to $8. Unlimited ride wristband purchases were $28 in advance, $30-$35 once the fair began. When buying a regular full-price admission between May 29 and June 12th, a free fair ticket was given to a local foster family.

The fair’s success this year exceeded previous years. Total attendance was up by 7.3% to 454,276 attendees; horse racing track attendance peaked at 49,483 guests.

Jerome Hoban, CEO of the Alameda County Fair remarks “With the Last Ride of the Cattle Drive, the great concerts, and all our new special features, every day offered something fun for everyone.”

Among the many fair highlights were several ride additions at the carnival this year.  Butler Amusements operated the midway again this year, adding the new Mega-Flip thrill ride as well as The Sky Ride, which provided riders with a bird’s eye view of the fair.

Along with attendance numbers, exhibits and sales also rose this year, with small animal sales up 15.9%; fine art sales rising by 8.8%; and exhibitors increasing by 10%.

The most popular foods at the fair were primarily classics: corn dog sales rose by 11.5% to a whopping 35,320 consumed, the largest sale number among a wide range of treats, that also included increased sales in BBQ turkey legs, funnel cakes, cotton candy, funnel cakes – a close second in consumption to corn dogs at 33,684 of them consumed, up 12.3% from last year. Candy apples, deep fried Twinkies, and burgers rounded out the classics. 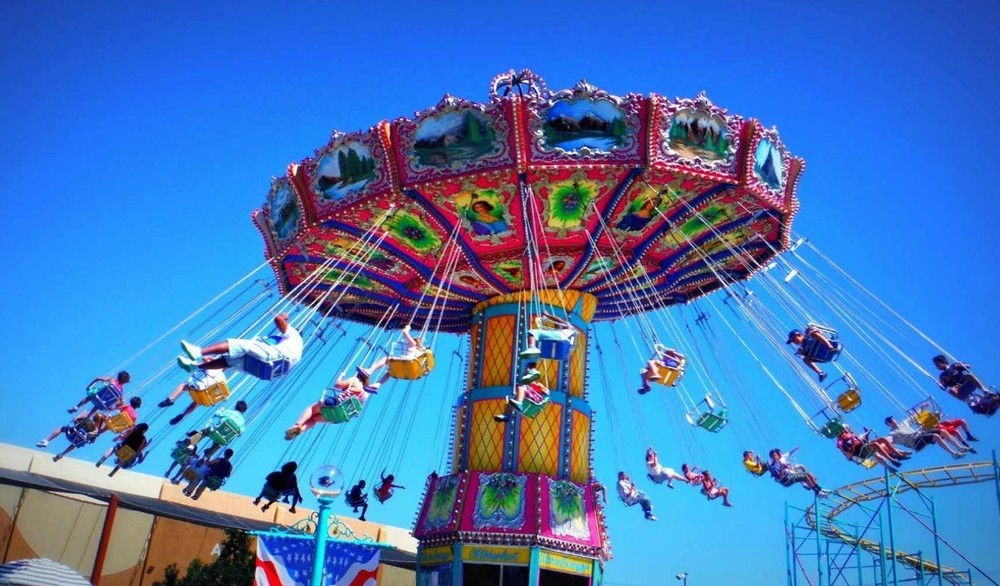 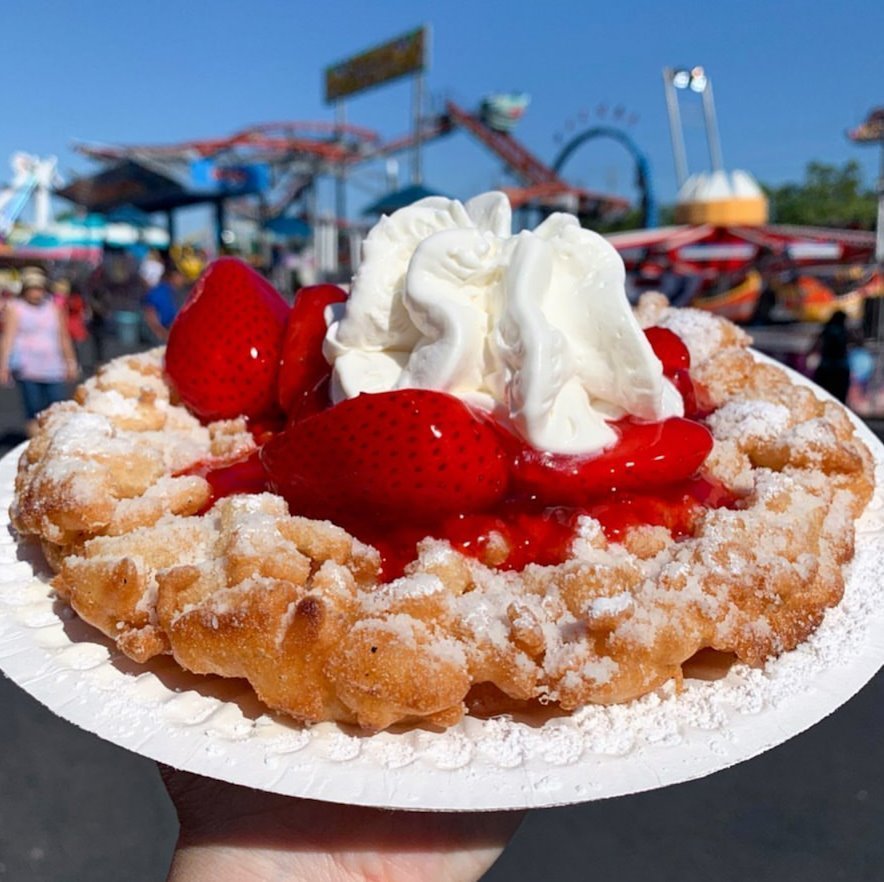 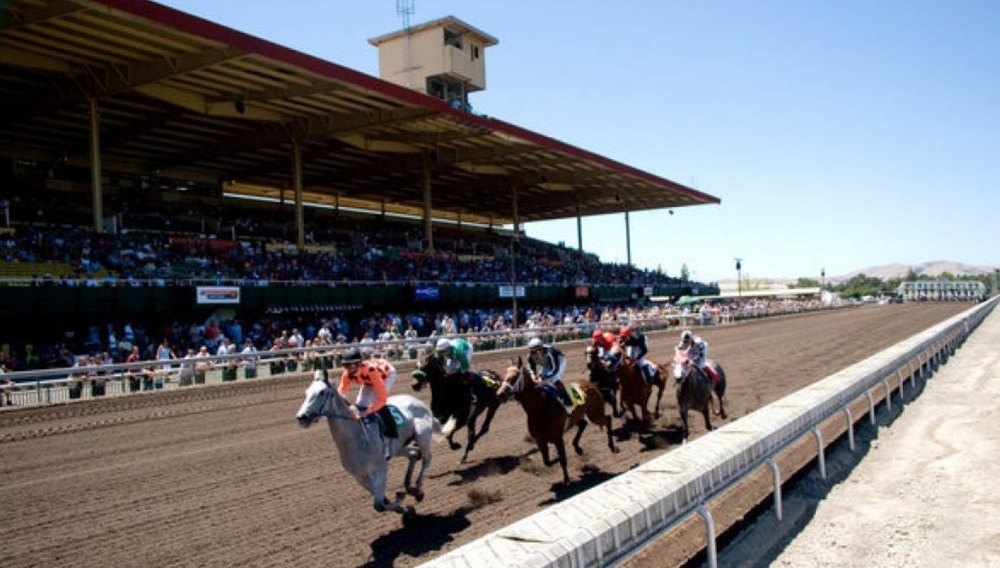