Alameda County Fair Came Together Despite a Little Rain 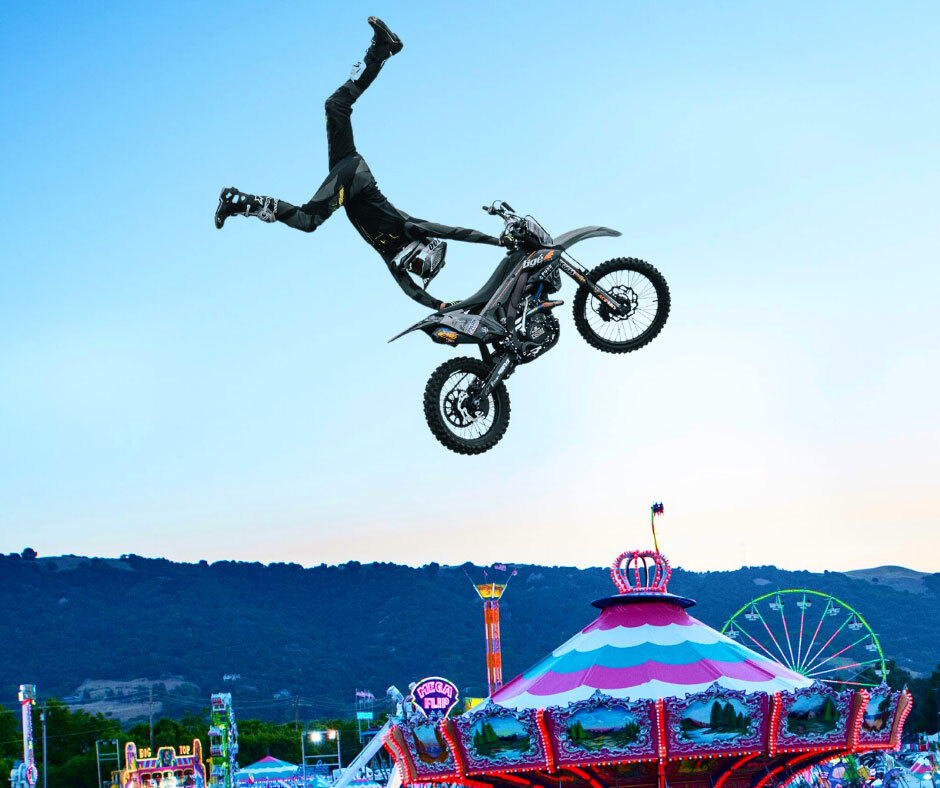 After moving the annual fair's operating dates from summer to fall, the Alameda County Fair in Pleasanton, Calif. was a rousing success for 2021. The event lived up to its theme, “Come Together,” as the fair certainly did, bringing in over 100,400 guests to the Northern California venue in nine days. Originally scheduled to run ten days, a torrential rain caused a shut down on October 24th, but clean up was quick allowing for reopening the following day.

Closed in 2020 as were most fairs and carnivals in California, the midway, operated by long-time ride purveyor Butler Amusements saw strong business with attractions such as the Giant Wheel, Alien Invasion, The Zipper, and the revolving Crazy Train ride.

Running October 22 to October 31st, fair tickets were $18 for adults and $15 for kids and seniors, with children under age 6, veterans, and active military free every day. Uniquely, fair guests could also earn reward dollars on every ticket purchased which could be redeemed for food and beverage purchases at the fair. The Fair's annual ticket gifting program offered free tickets to students at elementary schools in Alameda County, approximately 115,000 tickets were available. 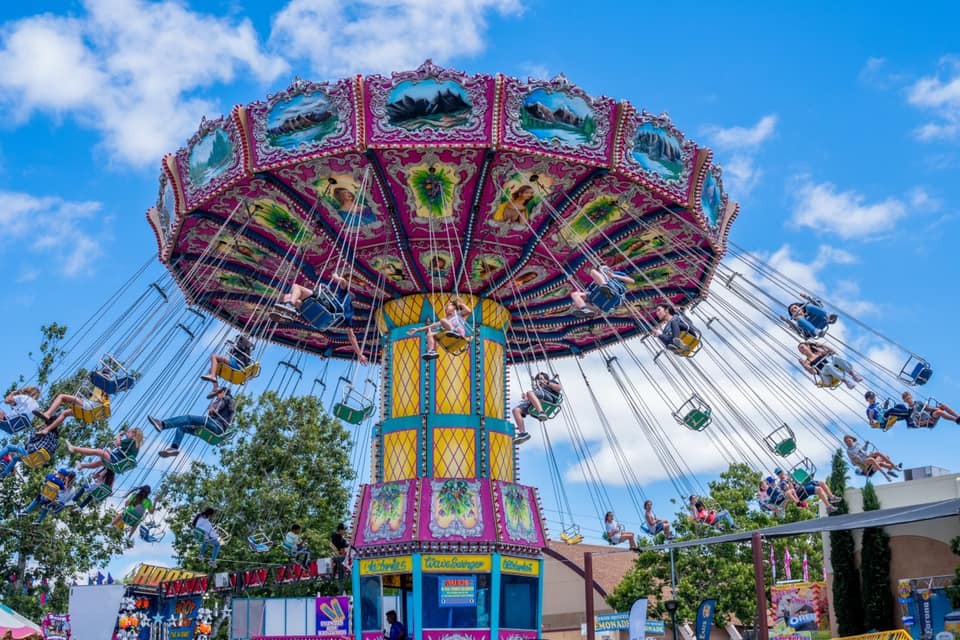 Carnival wristbands were $35 Monday through Thursdays and $40 on weekends; a combination wristband for carnival rides and the fair's Sky Ride pass was $41 and $46 respectively, with unlimited Sky Ride only passes for $6. Carnival advance purchase wrist bands were $30.

Among the fair's top attractions, pig racing and a petting zoo were popular with kids while FMX Motocross and the Imperial Knights Extreme Stunt Show were among the top adult, non-musical entertainment. A junior livestock auction raised over $791,000.

Given the fair's first autumn run, the fair board brought a full variety of fall-themed foods and activities, including carving master the Pumpkin Picasso also known as Farmer Mike Vallado, who created carved giant pumpkins on weekends; giant was not an exaggeration as according to fair officials, the pumpkins weighed in at  a monumental range of 200 pounds to a one ton. There was also a Halloween movie series on the concert lawn, nightly. Films were all family friendly, including such titles as Hocus Pocus, Beetlejuice and The Addams Family. Strolling performers were also family friendly, including such acts as Slim and Curly, Tadpole the Clown, and magician Roberto the Magnificent.

In combination with the Rotary Club of Pleasanton and Sensiba San Fillipo, the fair also hosted the 28th annual Halloween Spirit Run on Halloween.

Other family friendly events included the walk-through Bugology exhibition, and Professor Smart's Science Show. A science-driven STEAM exhibition was also a part of the fair, supported by fair proceeds.

Top food fun included the largest seller, corn dogs – some 19,731 dogs were sold; funnel cakes, and BBQ turkey legs. New this year was a grilled cheese offering which the crowds also enjoyed. On Tuesdays and Thursdays, a $2 fair food bites event took place between 3 and 5 p.m. On Saturday, a special ticketed wine tasting event was held in the fair gardens, allowing tasters to sample over 60 different wineries. Tickets were priced at $45.

All food purchases were cashless and could be purchased with both mobile ordering or a credit card or cash card purchased at a fairgrounds' kiosk. Online purchasing using Trio allowed guests to earn additional rewards that could be spent at the fair or with a local participating business within the community. 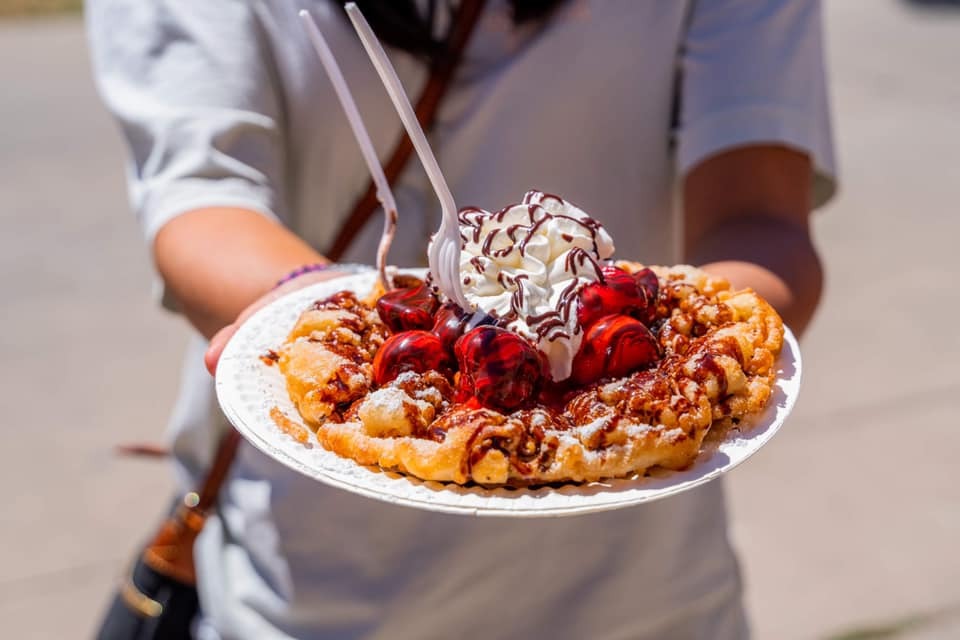 A friends invitation available on the app allowed users to invite friends using a code, and then earn bonus rewards each time their referred friends used Trio.

There were also nightly musical performances from acts that included War, Spin Doctors, Smashmouth, Journey Revisited, and Night Ranger. Reserved seating was arranged online; capacity was limited for COVID safety. Viewing of live concert streaming on the concert lawn was free with fair admission; floor, upper and lower reserved seat ticketing ranged in price by event and location from $18 to $60.

And speaking of COVID safety, masks were required indoors, but optional for outdoor activities at the fair. Additionally, limited tickets were sold each day to the fair, and hand sanitizing stations were abundant.

New this year was the grand opening of the American Farm Tractor Museum which will remain permanently exhibited on the fairgrounds. The museum celebrates the traditional farm machine with both antique tractors and current models and will be open for school groups and other educational experiences during the year. A 4H animal show also took place, and multiple exhibits and shopping experiences were available. Buildings A and B and the fairgrounds Artisan Alley offered crafts and commercial products.

And for Halloween itself, the fair's final night, there was trick or treating across the grounds, a costume contest, and a Dia de Los Muertos celebration. According to marketing and communications manager Tiffany Cadrette, “We were so pleased with how the community came out to support the fair…we loved the unique fall experience.” However, next year, the fair has planned a return to its traditional summer operating slot, with the theme “Road to Summer” from June 17 to July 10 in 2022.