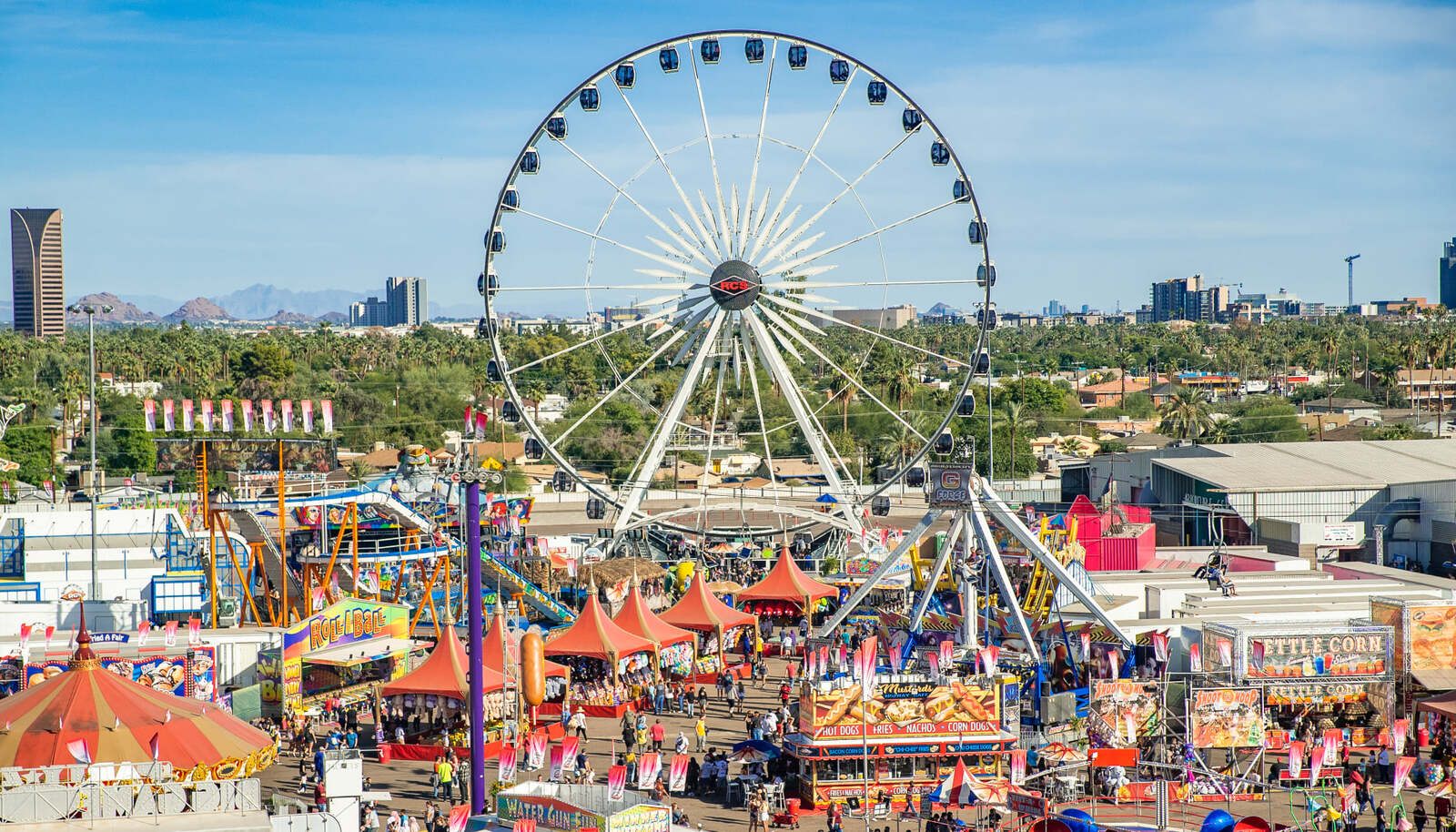 Longer turned out not just to better for the Arizona State Fair, but enabled the event to achieve a rare accomplishment in the pandemic era – a record year.
The fair added four days, making the event  22 days long. Coupled with ideal southwestern weather and the pent-up demand of a community ready to once again experience its annual tradition, this fair saw a 25.9 percent attendance jump over 2019, reaching 1,589,951.

It was an accomplishment that surprised everyone, including the fair. Of course, since the advent of the coronavirus pandemic, no one knows what to expect.  Many large fairs saw increases in spending, but decreases in attendance while the majority of smaller county fairs  saw record years in both attendance and spending. Arizona was the very rare large event seeing upward trends for both metrics.

“ With the pandemic changing our entertainment and spending habits, we were modest in our expectations,” said Brianda Martinez, spokesman. “We were surprised our attendance and revenue records were exceeded, and grateful for our marketing team and their efforts. With challenges like reduced staff and compressed timeframe, we managed a successful year.” 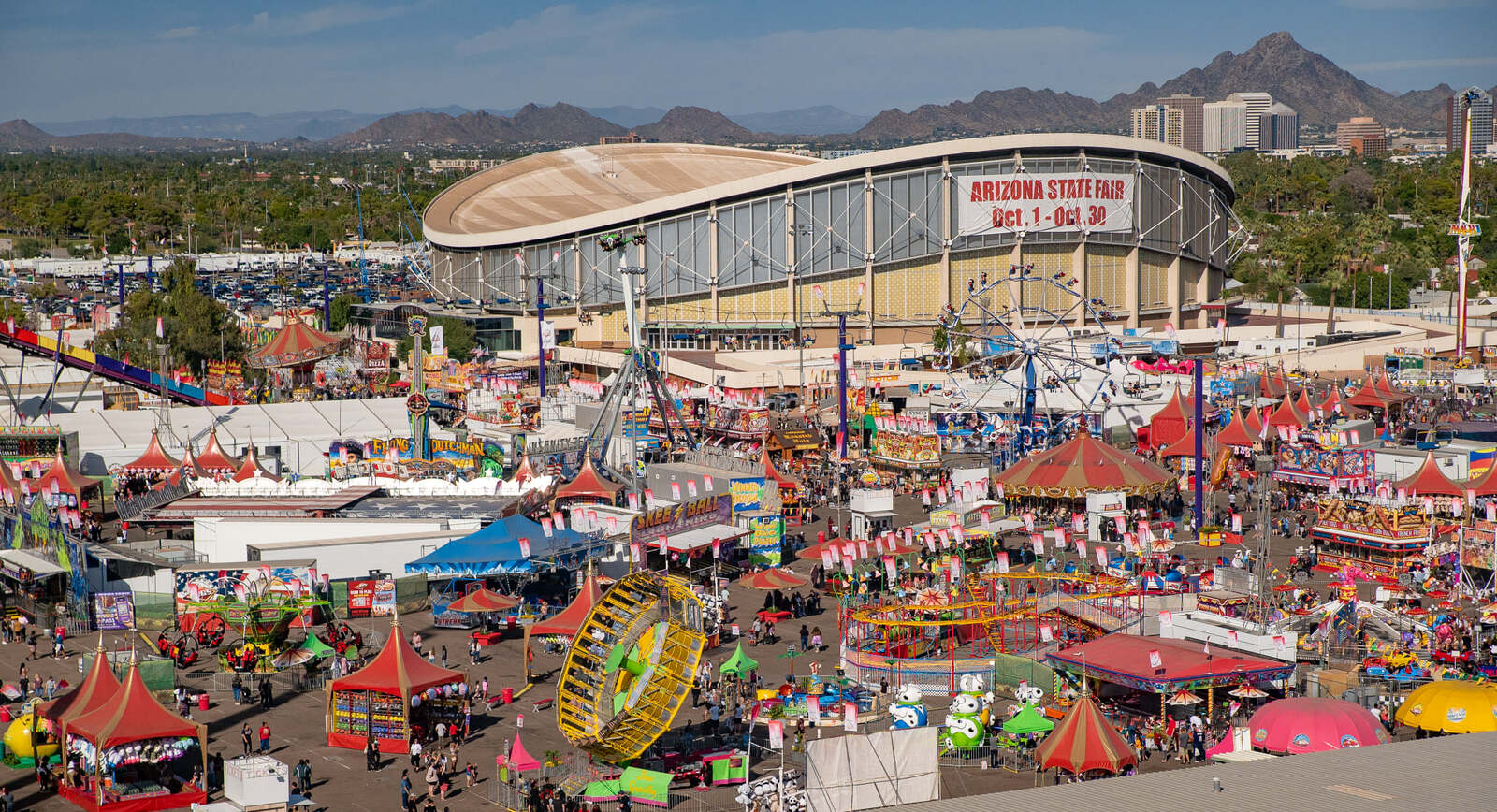 The most noticeable COVID – related change was the cancellation of its large-scale concert series at  the Arizona Veterans Memorial Coliseum, located on the fairgrounds. The fair has earned a reputation as a high-profile regional stage – it's 2019 lineup included The Cult, Trace Adkins, Pat Benatar and MC Hammer – and the concert series runs concurrent with the fair. “By not having a 2020 fair, we had no budget for concerts inside the Veteran's Coliseum,” said Martinez.

Other COVID changes included: “touchless admission kiosks to all of our admission gates. We eliminated our printed program and focused on our digital program.”
The non-cancelled  fairground entertainment as well as the array of attractions Arizonians have come to expect at their annual celebration of everything Grand Canyon State did overcome major planning obstacles. Health officials delayed permitting the fair until only two  months before opening day, jeopardizing programing.
“Eight weeks before the fair was set to open, we were given the greenlight by the governor's office and our board to plan our fair at the fairgrounds,” she explained. “Just over 60 percent of the entertainment and partner contracts remained intact. With only eight weeks until opening day, we dug deep into the community for entertainment options.  With the way the pandemic unfolded, timeframes became fluid and we were able to plan for a longer fair that we usually do based on routing.”

It seems Fairgoers didn't needed much more reason to attend the fair than the brand they've grown to rely on in good times, and challenging ones. Consumers desired the stability of the tried-and-true and the fair focused on meeting this demand. “Monster Trucks in the grandstand always fill up the stands,” she said. “Also, our amazing Tribute Band lineup had people dancing every night of the fair.” 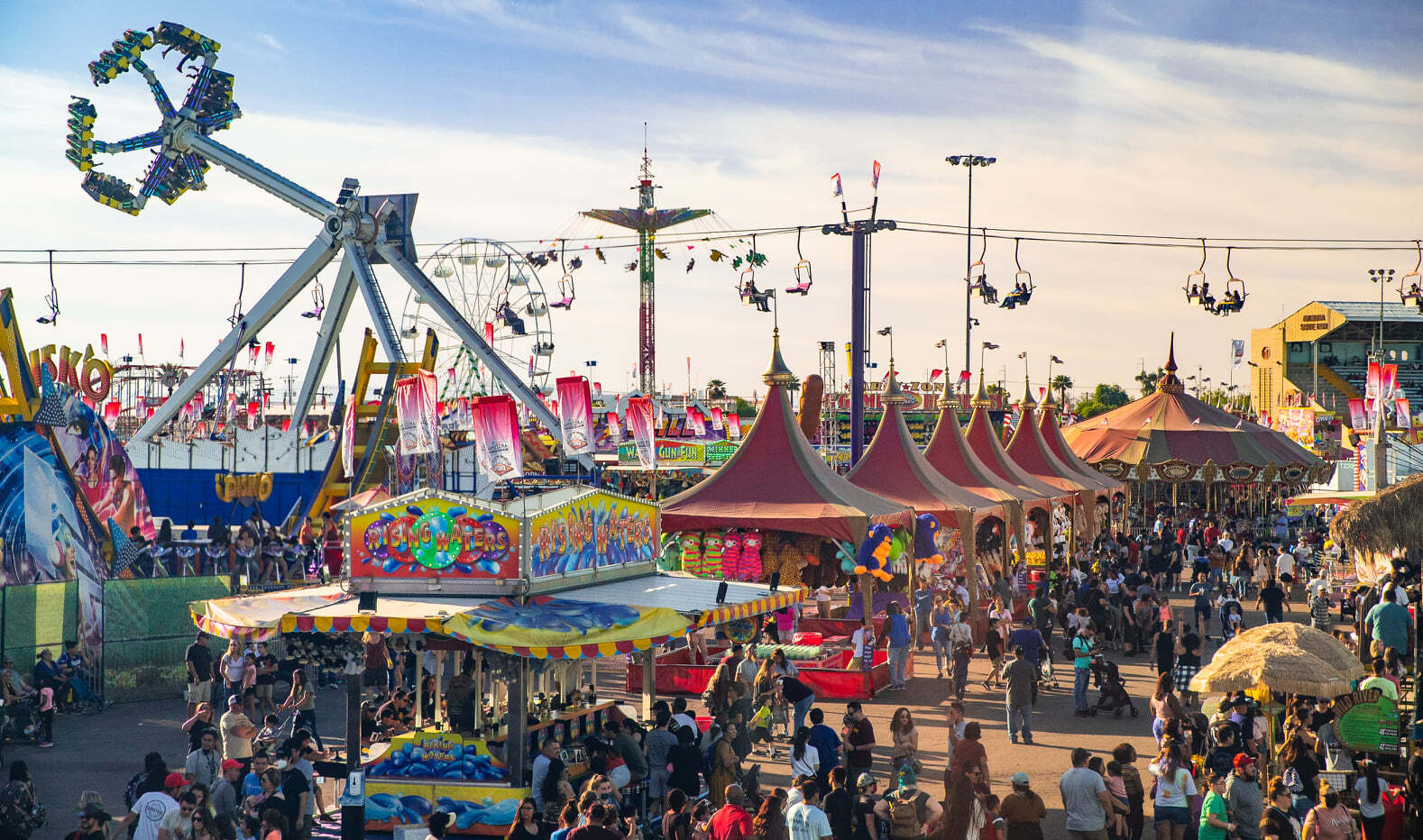 At the entertainment core of the Arizona State Fair is the Ray Cammack Shows (RCS) midway, which had fewer rides due to the national labor shortages. The midway featured 57 rides, down 10 from 2019, but did premiere three new rides: Winky the Whale; Liberty Wheel; and the New York New York Funhouse. Revenue was up 48 percent – surely an added bonus of the four extra days, with the top grossing rides being the company's signature La Grande XL Wheel, Skyride and Wild River rides.

“The Arizona State Fair was record breaking this year with as nearly 1.6 million ‘zonies' - attended !” said Chris Lopez, Vice President, RCS Inc. “COVID restrictions did have an effect on the midway , social distancing concerns called for more space between rides, food and games , so yes there was less, with labor issues that almost acted like a blessing in disguise! We were welcomed by huge crowds this year, excited guests that came multiple times . It's nice to hear our guests say things like ‘Thank you', we needed to get out etc.”

He added, “The Arizona State Fair is our home state fair and we do end our season there, it's always so nice families and friends there, along with our fair partners in providing a safe and fun event.” 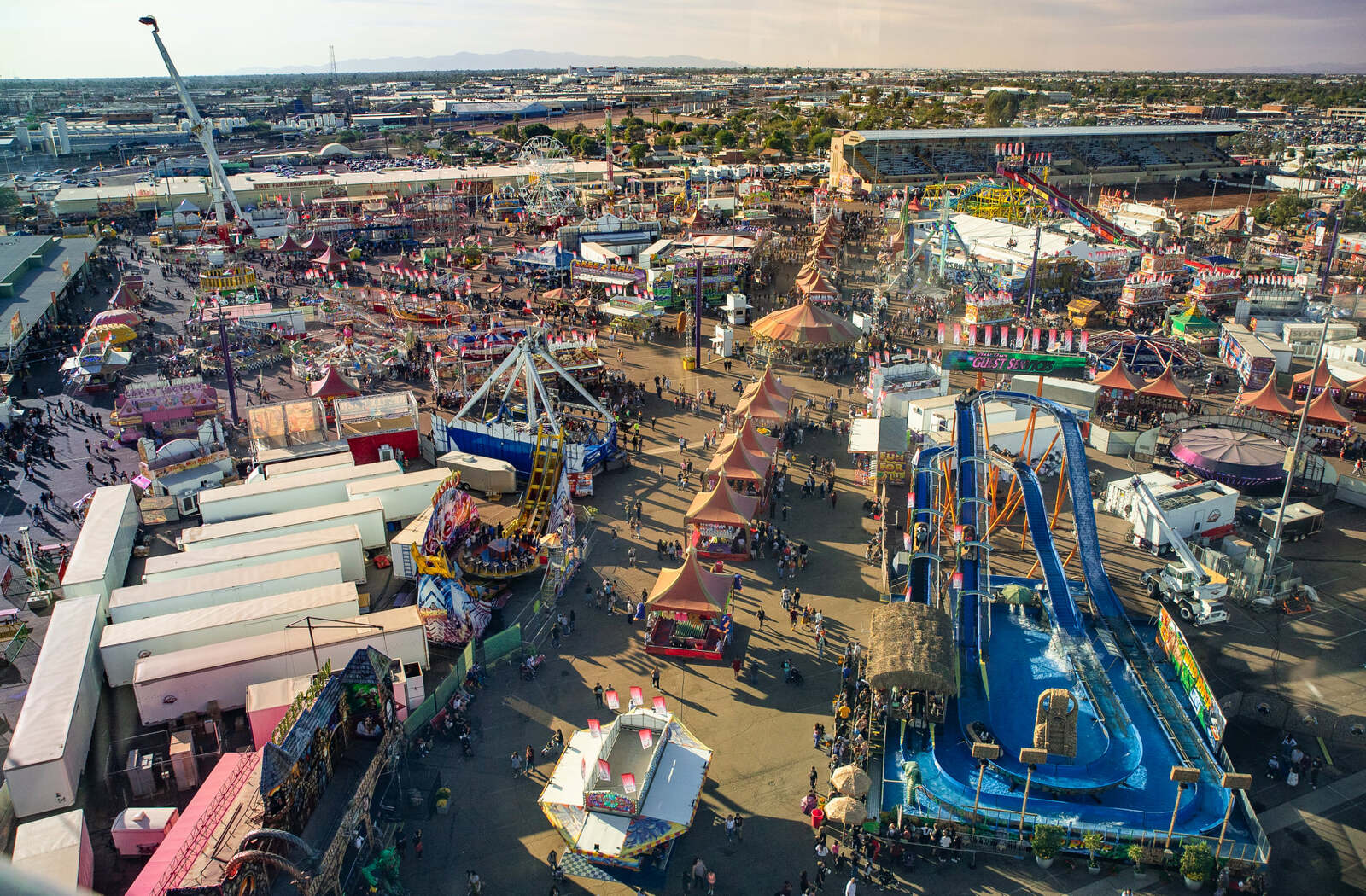 “Draw Outside the Lines!”

The 2021 fairgoer wanted the familiar, to bask in nostalgia of pre-pandemic stability and certainty. There is no better example than the food offerings, spread through 79 food concessionaire stands. According to Martinez, the best sellers were the staples: “Turkey Legs, Corn Dogs and Funnel Cakes.”

This paradox of presenting the expected enjoyments within the context of an ongoing health crisis was both epitomized and resolved by the 2021 marketing tagline of the fair. “Draw Outside the Lines!”

What was the objective in developing this marketing tactic?

“We wanted our guests to step outside their comfort zone, routines, daily lives and have fun at the Arizona State Fair,” Martinez explained.

Even though the headline entertainment fell victim to budgetary cuts, the advertising budget remained untouched, but how it was spent underwent strategic alterations. “We maintained the same budget as previous years. We increased our digital marketing and we had fewer promotions in radio meaning fewer dollars in terrestrial radio. We utilized TikTok this year for the first time and we loved the interactions and ability to reach new audiences in a new fun way.”

The culmination of thinking-outside-the-box and understanding the deep connection the community has with the brand was the winning strategy for this comeback fair.  In addition to the record-breaking attendance, the fair had 10 individual record-setting days. More notably, per capita spending was up dramatically.

Relying on experience, overcoming obstacles, willing to try what's never been done – that seemed to be the winning formula. “We had a record breaking year!,”  said Martinez. “We are grateful to our staff for all the hard work they did to make the 2021 Arizona State Fair happen and, of course, our guests for their patience.” 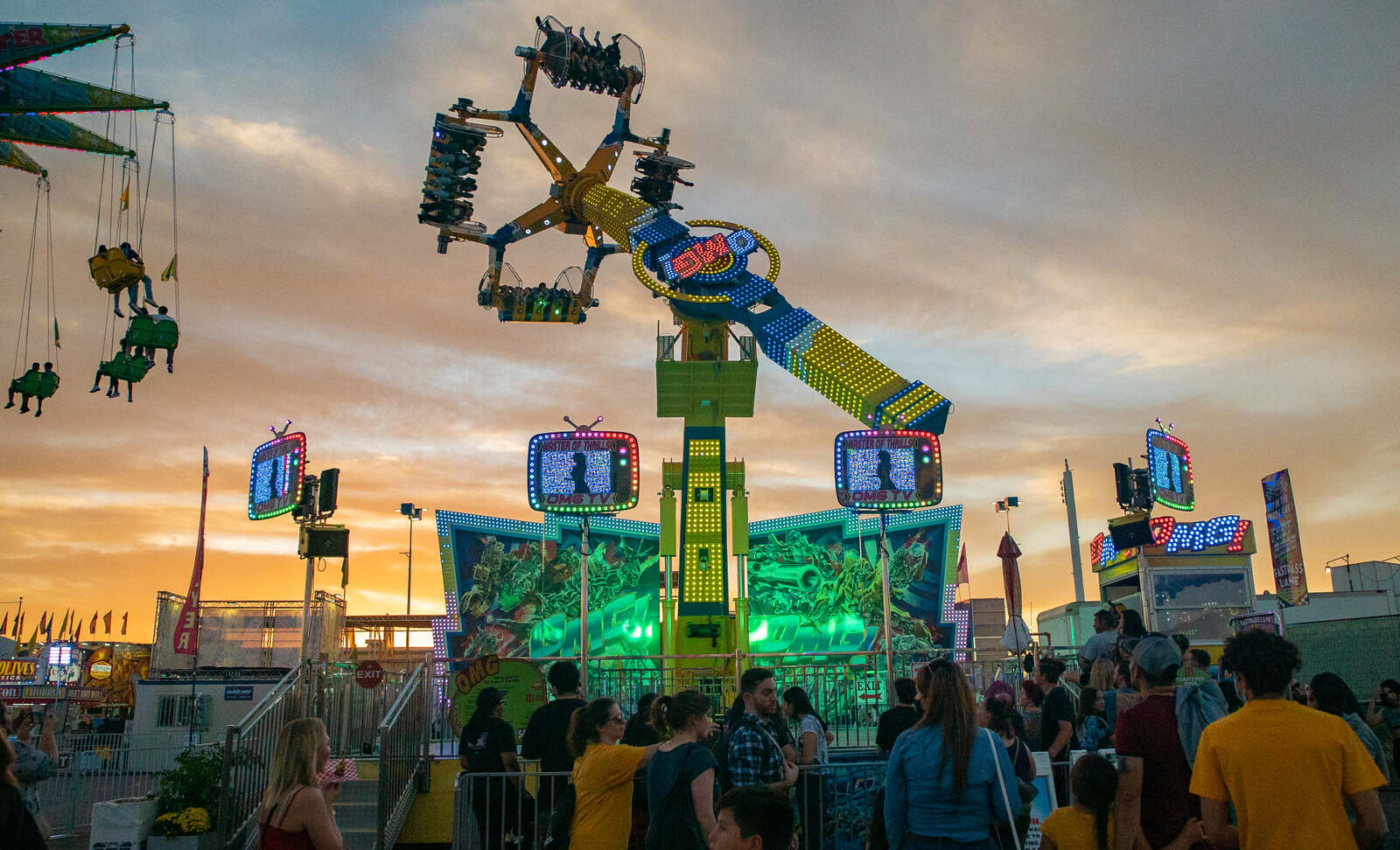 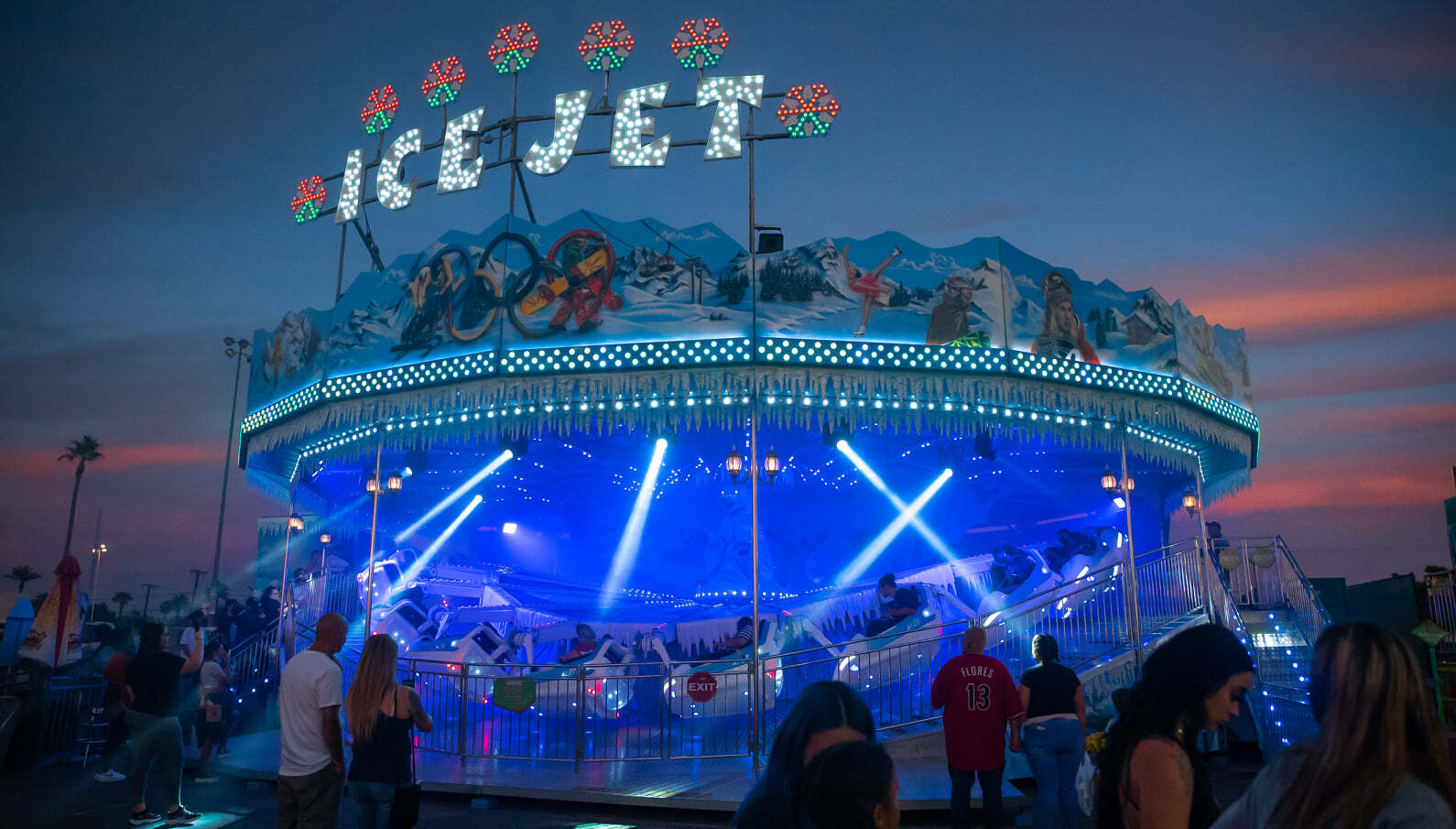