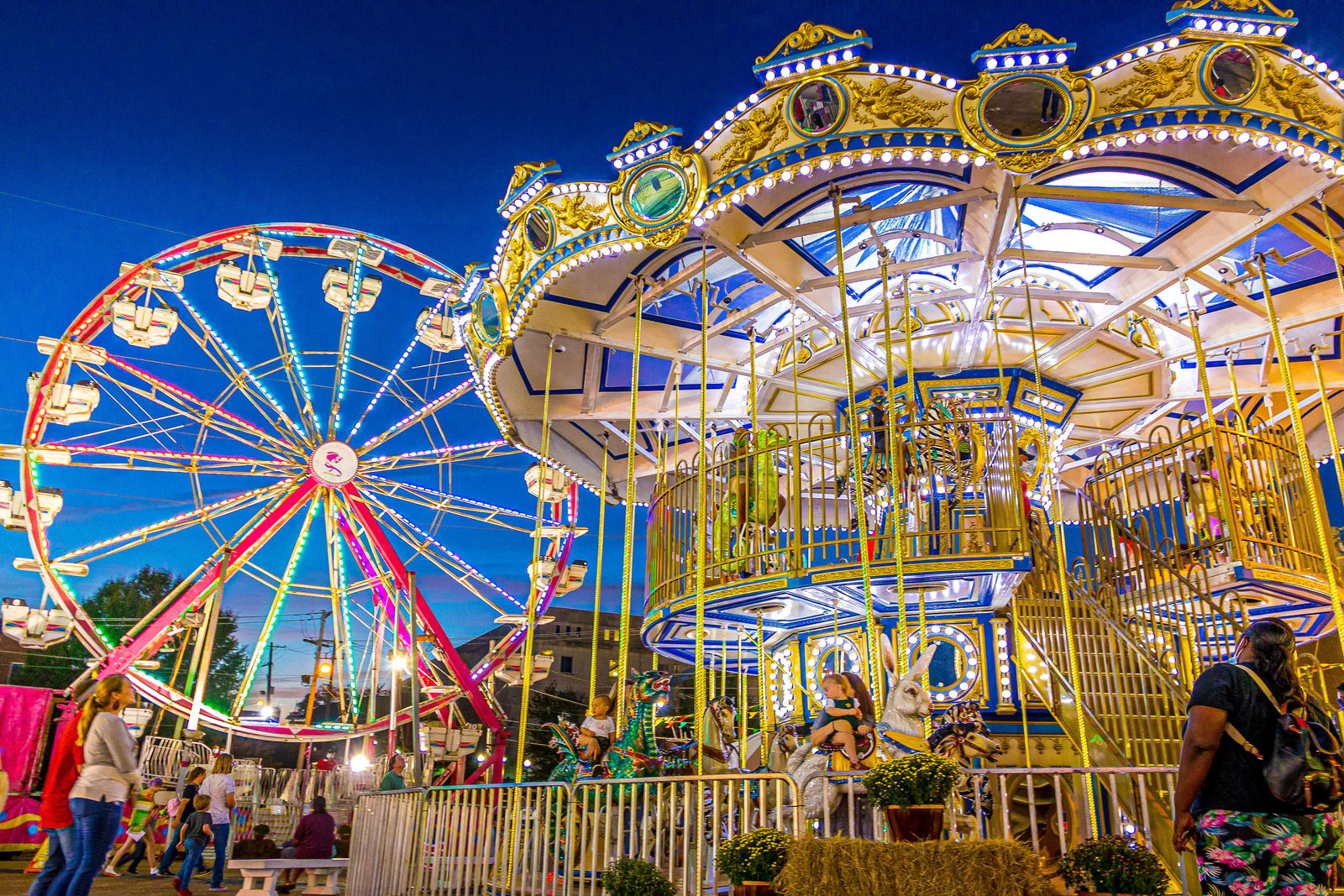 NAME Reopened its 2020 season at the Mississippi State Fair
The show extended its normal run one additional week to make up for bad weather due to Hurricane Delta.

The Mississippi State Fair had all the obvious ingredients to take place in the COVID-19 era:  A comprehensive safety and social distancing plan, a committed carnival company and vendors, and a supportive community. Even as the fairgrounds suffered steep revenue losses as it cancelled every event scheduled for 2020, the fair moved forward with state fair planning.

By September, a month before the fair, the governor eased state restrictions, allowing nonessential business to again reopen, fomenting a more positive environment for the annual October celebration of everything Magnolia State. By opening day, the state's citizenry had become comfortable with the mitigation measures and eager to attend their annual state fair.

But something less obvious occurred internally, ensuring the show will go on. Fair governance was changed dramatically, eliminating any semblance of a fair board and giving complete oversight to the Mississippi Department of Agriculture and Commerce, which streamlined the management and operational structure of the 162-year-old tradition.

A statute passed stated: “The Mississippi Fair Commission is hereby abolished, and all of the powers, duties, property, contractual rights and obligations and unexpended funds of that commission shall be transferred to the Department of Agriculture and Commerce on July 1, 2020.”

Post-abolishment, the commission was reconfigured into the Mississippi Fair Advisory Council, among whose members include the Mayor of Jackson and the Director of the Mississippi State University Extension Service.  The Council is chaired by the Commissioner of Agriculture & Commerce, Andy Gipson.

According to Gipson, the reorganization was an austerity measure by a new administration intent on smaller government. “The commission was a separate government agency, but now it's division of the department. Now we have better control of the budget and it really enabled us to fund operations. We haven't had any events other than the fair. We would have run out of money under the commission. We were able to keep the fair alive and people employed.”

Even before the new structure was implemented, Gipson said that in April, when Mississippi went into lockdown mode and a wave of state fairs cancelling cascaded throughout the fair industry, “we decided to plan to have the fair because the worst case scenario is that we come up with planning the fair and then it's cancelled by the state health officers.”
Planning for a fair in 2020 though goes well beyond finalizing contracts. Once the planning decision was made, the Mississippi State Fair began developing the “plan” i.e. mitigation strategies of social distancing and other  COVID-19 related procedures and protocols, such as signage, sanitizing stations, employee temperature taking, etc. – i.e., all the details that are now commonplace in the daily lives of most Americans.

“We were in constant communication with the health department and city developing a plan for social distancing and to have a safe fair,” said Gipson. “We all felt that the state fair is a centerpiece of life, and we wanted to bring some normalcy. So many people are in shut down, there's a pent up demand, like cabin fever, to get outside, and the fair is something they can do. We received the blessing of the health department.”

In order to comply, the fair used Saffire, a ticketing application to monitor gate traffic.  “But we never reached near capacity,” said Michael Lasseter, Acting Director of the Mississippi State Fairgrounds. “We never exceeded 100 per acre. We never had to control the gate.”

Paid attendance reached about 204,000 and total attendance was about 62 percent of recent fair attendance. COVID-19 cut into attendance in various ways. All school field trips to the fair were cancelled, as were promotions such as Senior American Day. Also, “a lot of people are concerned about the virus and they stayed at home,” said Gipson.

Weather may have been a factor – Hurricane Delta hit Mississippi for the closing weekend, but in the spirit of rolling with the 2020 punches, the Mississippi State Fair, pushed that weekend to a week later.

“We lost about 10 percent of the vendors, who had prior commitments,” said Lasseter. “The extra weekend was decent, we had about 20,000 people.” 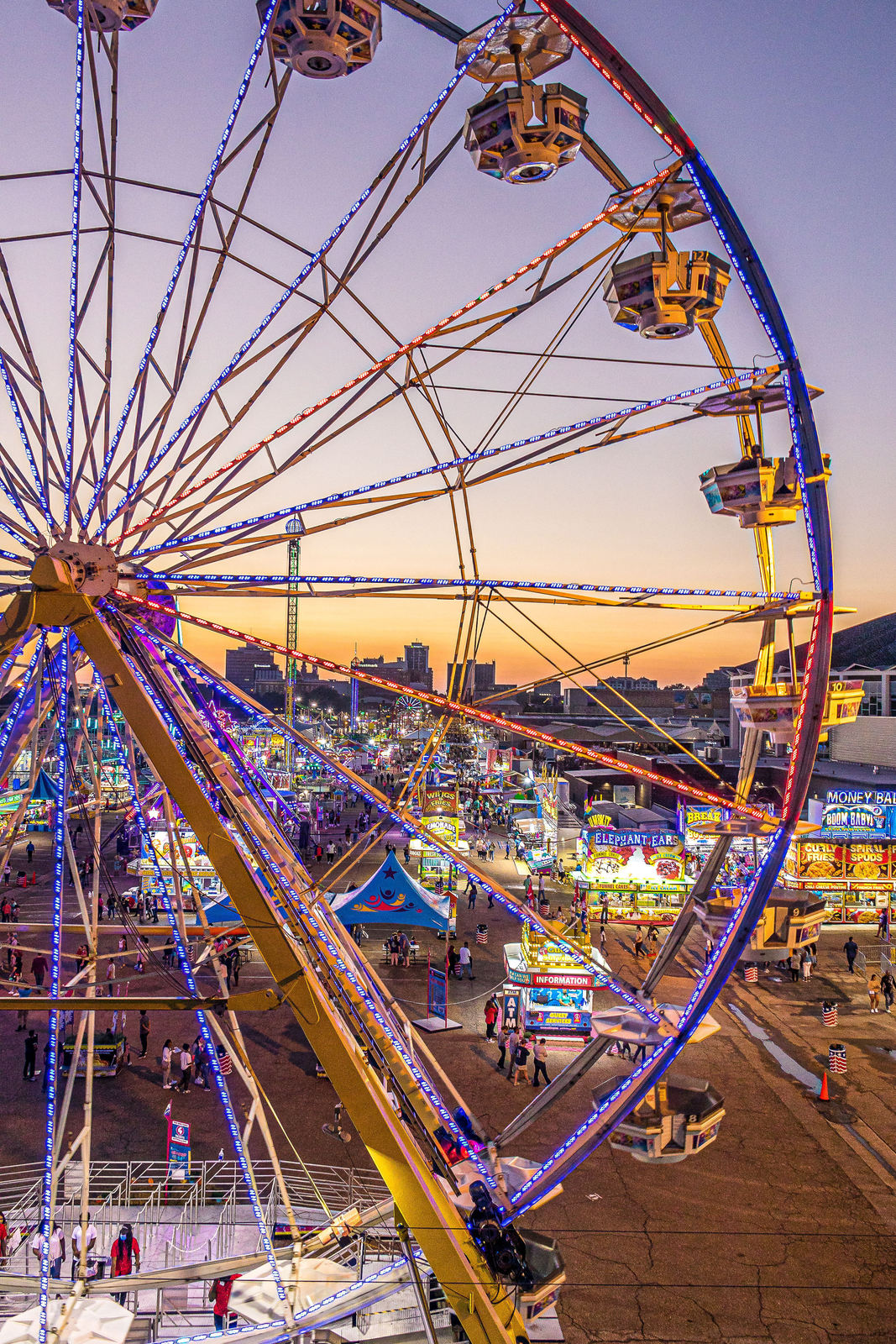 The extreme weather event had little to no damage to the NAME (North American Midway Entertainment) midway, and extending the extra weekend, “was an easy choice to make,” said Scooter Korek, Vice President of Client Services. “The opportunity presented itself, and it was kind of logical. It went really well.”

For a company that is coming off a midway-less spring and summer, he admitted: “It's nice to be open.”

The fair allocated more space to the midway in order to accommodate Korek's pandemic layout, which allowed more space between rides and enabled more effective queuing—patrons could maintain six feet distances and the lines would wrap around instead of spilling out into the midway's main thoroughfare.

Mississippians were treated three new rides for the fair – the Alpine Bobs, Mach-3 and Dragon Coaster – ironically, a positive side effect of the global pandemic. With most events cancelled, Korek's unit was the only NAME unit on the road, freeing up popular rides that never got to play Jackson before.

The Midway featured 58 rides, about typical for the fair. Top grossing rides were Crazy Mouse Roller Coaster, Sky Ride, and the Bullet Train.  “Star Dancer was right up there, it was very popular,” said Korek.

The fair's advertising budget suffered the biggest sacrifice due to the austerity measures  necessitated by the nation's health crisis, it was sliced by half, to $60,000. Fair staff responded by taking more marketing in-house, expanding the social media presence, taking better advantage of earned media opportunities and more aggressive promotions with the local media.

“We did a lot of local media interviews,” said Lasseter. “We put a lot of energy into social media.”

This meant not just pre-fair marketing, but throughout the first week staff dropped fresh funnel cakes and other fair cuisine, as well as tickets. “We did a lot of soft advertising,” said Gipson.

Food-related promotions were not only for the media and other influencers. The Mississippi Biscuit Booth gave out free biscuits.

A highlight of the fair is its agricultural programming, and while understandably modified for the Pandemic, the tradition was still celebrated. The annual Agriculture Expo included virtual FFA and 4-H exhibitions and a walk-through exhibit. “It was a person-less event,” said Gipson.

The Livestock Competitions was live, the crowd was “overwhelmingly ecstatic. The competitions are the back-bone of our fair, and the kids compete for prizes,” he said. “It's just as much of the fair and the rides, and that's what people want.  They want to experience the fair, they want something they know.”

NAME Reopened its 2020 season at the Mississippi State Fair

The show extended its normal run one additional week to make up for bad weather due to Hurricane Delta.