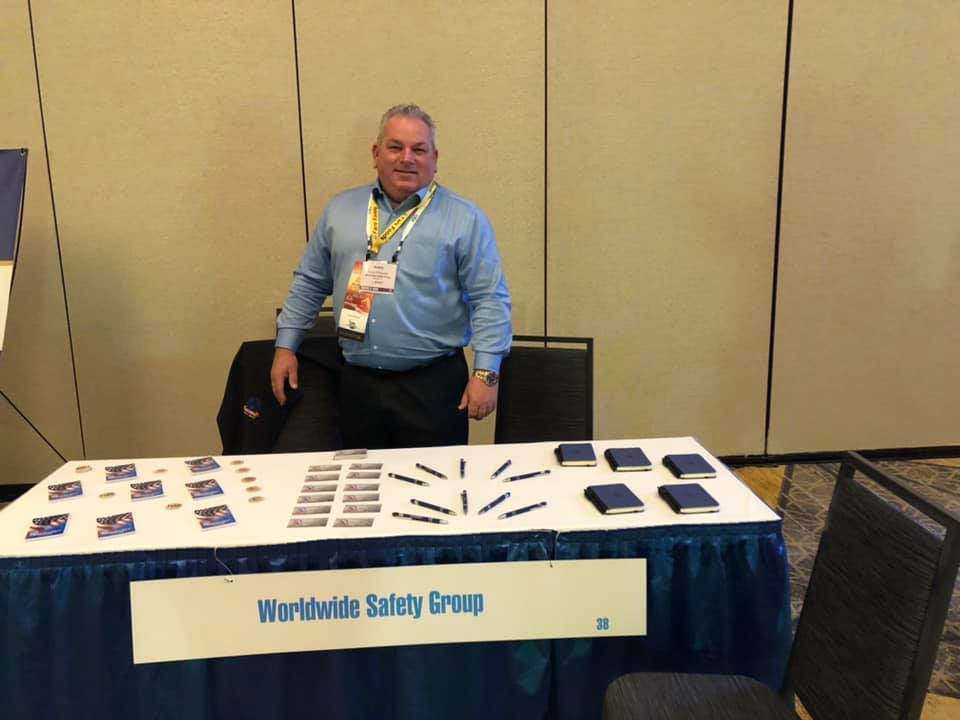 The IAFE and SLA trade shows kicked off on Monday, December, 2nd for the second year in San Antonio, TX after many years in Las Vegas.  The SLA trade show moved to the Grand Hyatt, just next to the convention center where most of the IAFE activities are held.

There were many new faces at the convention as evidenced by the first timer's reception held on Sunday.  The room was packed with new attendees who were there to network and greet their colleagues from across the country.

The SLA trade show was the first to open at 11 am on Monday, prior to the IAFE show opening at 2pm.  The large Texas Ballroom at the Hyatt provided plenty of space for the various vendors in attendance and the show seemed to be bigger than ever, with tables arranged around the room.  The show on Monday saw steady traffic, and while the crowds were not large, this show is known for the “quality time” vendors are able to spend with potential buyers.  From ride manufacturers to concession equipment salesmen to insurance and financing companies, the SLA trade show has grown to become one of the “must visits” for showmen and vendors alike.

Avery Wheelock of Worldwide Safety Group was on hand at the show, manning a table in the SLA show.  An industry safety veteran, Wheelock started his safety consulting business recently to provide assistance to carnivals, fairs and insurance companies in their inspection and safety efforts.

Wheelock grew up in the carnival business, working for Wheelock Rides, a company owned by his parents and started by his grandfather.  Wheelock helped to  expand the family business, growing the number of rides on the show, updating operations and expanding the show's route.  After several years of taking some of the rides on a southern route, booking in with various shows, he decided to start his own carnival in 1998.

World Wide Shows was born and in a few seasons, the company expanded to two units and a route that stretched from Florida to New York.  At its peak, the carnival carried 25 rides including a Mulligan Wheel, Musik Express, Chance Wipeout and Mulligan Sea Ray.  While Wheelock enjoyed the challenge of starting his own show, being away from family and the long season began to take its toll.  He eventually left the road as a carnival owner and began a new career as a safety inspector.

Wheelock briefly returned to the carnival business to manage a unit of Wade Shows for a couple of seasons.  While his return to the road provided many opportunities, he realized his passion was in the inspection business, assisting clients in the safe operation of their equipment.

After working as a consultant, Wheelock decided to start his own company in 2019.  He currently has a team of 12 inspectors that can provide inspection services throughout the US.  Clients currently include North American Midway Entertainment, and Reithoffer Shows.  He also performs insurance inspections and does inspections for various governmental agencies.

Wheelock enjoys the opportunity to educate his clients on best practices for their safety programs and  provides tips and instructions for them throughout the year.

Wheelock is exhibiting at the SLA convention in the hopes of expanding his safety consultancy and to generate new leads and develop relationships.

In the coming weeks, look for safety tips and information on carnivalwarehouse.com that World Wide Safety Group will be providing to our readers.

Andrea Stillwell of Butler Amusements was on hand for the SLA show, visiting tables around the room.  Stillwell came to the carnival business in a round about way.  She was working for Union Bank of California, but life in LA was “eating her lunch” and she felt the need for a change in her life.  She confided in her uncle,  Earl “Butch” Butler, owner of Butler Amusements, who invited her to Indio, CA to talk about working with his carnival company.

Stillwell took a job working in the office on one of the show's road units.  Fortunately, her father happened to work on the same unit and they shared a house trailer for her season on the road.  After that initial season, her father was ready to retire, but Andrea had caught the eye of Rich Byrum, Butler Amusement's Vice President, who noticed her outstanding office work and offered her a position working for him at the offices in Fairfield, CA, assisting with marketing and booking.  Stillwell learned the business under Byrum's mentorship and when he retired last season, Stillwell was ready to take the lead on the show's marketing and booking efforts.

During her 15-year tenure with Butler, Stillwell even met her husband through the business.  When she was onsite assisting with Cal Expo, one of Butler's largest dates, the show booked some rides from Helm and Sons.  One of the Helm and Sons staff members took a special interest in Andrea, bringing pizza and drinks and taking advantage of any opportunity to interact with her.  What began as a nuisance turned to affection, and soon the two were dating and eventually, were married.

Stillwell is a proud member of the Butler team and she points out that each unit, while part of the Butler family, has its own unique characteristics.  The show plays several western states, traveling as far east as Idaho.

Mick Brajevich heads the company, which contracts the rides separately from the Butler carnival contract at each event.  Rides typically cost around $5 and the show has even tried an unlimited ride-the ticket for the sky rides at events.

Asked about the season, Stillwell said the carnival had “a great route, great year.  We were lucky with the weather”. 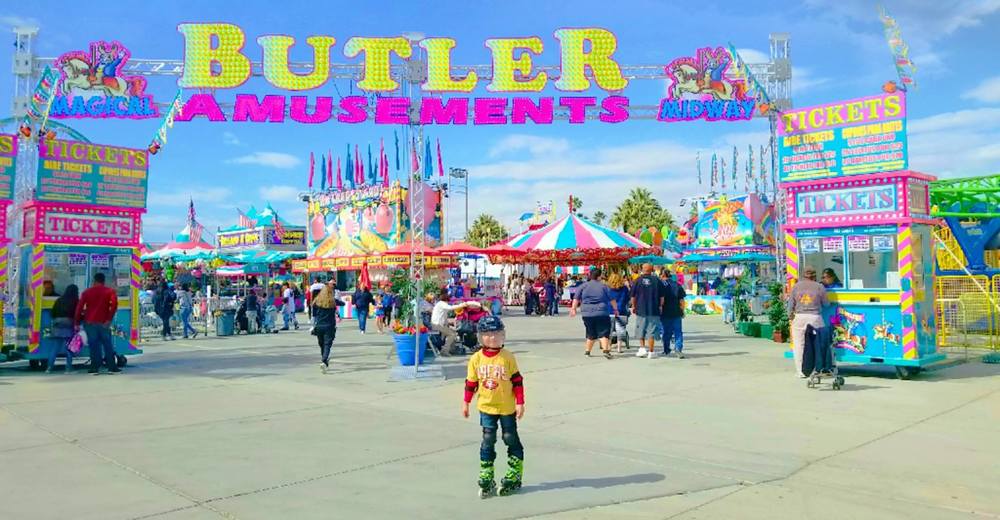